Ancient civilizations and small colonies once existed across the American continent from the rocky coast of Maine to the desert of Death Valley, California. The evidence has been discovered in artifacts, large mounds built by ancient peoples, pictographs, and petroglyphs, and the oral traditions of Native Americans. More information is found in the early writings of explorers. Some stories are fantastical, such as stories of giants a great flying birds, others tell of places that can’t be refuted such as the Great Mound of Cahokia in Illinois and the abandoned ruins at Mesa Verde, Colorado.

Over the years, some information was lost or ignored, places were destroyed by weather, totally eroded, or were plowed or built over by people pushing westward. But, still, there are known lost cities and civilizations, and probably others yet to be found. 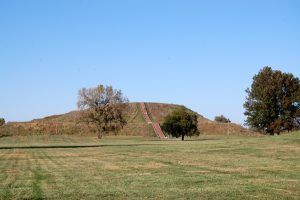 Cahokia Mounds People – Cahokia was the most sophisticated prehistoric native civilization north of Mexico. Best known for their large, man-made earthen structures, the city of Cahokia, Illinois was inhabited from about A.D. 700 to 1400.

Greenland’s Vikings – Erik the Red led a fleet of 25 boats to colonize Greenland in about 985 A.D. 985. Two colonies were established by these Vikings which grew in population over the next several hundred years to about 5,000 people. However, when an expedition arrived in 1721, there was nothing left but ruins.

Hidden City of Death Valley – For centuries, legends of an underground city and an ancient race in Death Valley have been told in the Paiute Legend of the Kingdom of Shin-au-av. This place, meaning “God’s Land” or “Ghost Land” is a sacred place to the Paiute.

Lost City of Etzanoa – When Spanish explorers came through the area of southcentral Kansas in 1601 they encountered a city of 2,000 houses that could hold 10 people each. For hundreds of years, archaeologists couldn’t find and scholars doubted existed. That changed in 2017 when the city was found about 50 miles southeast of Wichita. 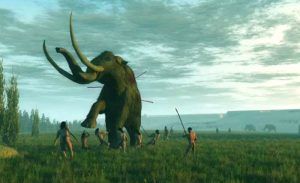 The Lost Clovis Culture – The Clovis were a prehistoric  Paleoindian people that were thought to have been the first human inhabitants of North America, dating back some 13,500 years.

Mound Builders of Mississippi – Although the first people entered what is now the Mississippi about 12,000 years ago, the earliest major phase of earthen mound construction in this area did not begin until some 2,100 years ago.

Popham Colony of Maine – This was a short-lived English colonial settlement that was founded in 1607 just a  few months after its more successful rival, Jamestown, Virginia. Its location was lost for centuries until it was rediscovered in 1994. It is now part of the Popham Beach State Park. 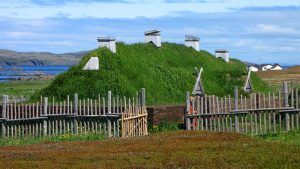 The Vanished Anasazi – In about 700 BC the Anasazi Indians (Ancient Puebloans) established numerous large settlements in the Southwest. However, by the time European explorers arrived, the people were gone.

Vinland – Also called Winland or Vineland, this was an area of North America that was discovered by Norse Vikings in around 1000 A.D. Once thought to be a myth, a Viking settlement was found in L’Anse aux Meadows in Newfoundland in the 1960s.