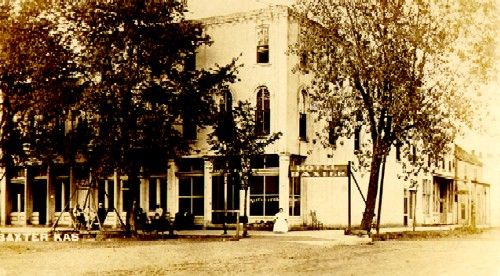 Before there was even a settlement in the area where Baxter Springs, Kansas would be established, the natural mineral springs were a popular stop with the Osage Indians as they traveled toward their summer hunting grounds. Believing that the mineral springs had miraculous healing properties, Chief Black Dog and members of his tribe routed their trek through here to take part in the flowing springs. Though long gone today, these springs once surged just south of East Seventh Street in Baxter Springs.

In the spring of 1849, the Reverend John Baxter, his wife, and eight children moved from Missouri to 160 acres of land near Spring River. Flowing from the side of a hill near the Military Road that ran between Fort Scott and Fort Gibson was the natural spring that the Osage Indians had long visited.  Near the spring, he set up “Baxter’s Place,” an inn and general store. However, Baxter would not live to see the city that would eventually take his name. The Reverend Baxter, who was well known in the area as a gun-toting preacher, was gunned down in a property dispute in 1859. 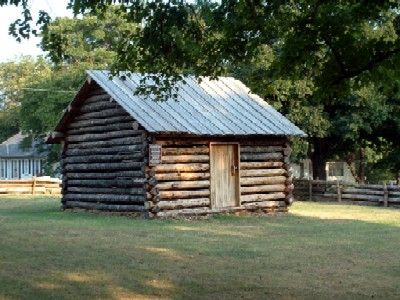 Fort Blair, also referred to as Fort Baxter, was established in the spring of 1862 to protect Kansas residents against the frequent attacks from Confederate regular and guerilla forces during the Civil War. Located north of the springs, it was here that the battle referred to as the Baxter Springs Massacre occurred. Confederate guerillas, under the command of William Quantrill, struck the fort around noon on October 6, 1863, then moved on to massacre a contingent of troops being led toward Fort Smith by General James G. Blunt. Nearly 100 Union soldiers were killed in the guerilla attack and are buried in the Baxter Springs Cemetery, just west of the city.

In 1865, after the war was over, a town was laid out on 80 acres by Captain M. Mann and J. J. Barnes and soon thereafter Baxter Springs became an outlet for the Texas cattle trade. As Missouri became off-limits for Texas cattle due to quarantines, Baxter Springs welcomed them to Kansas. The community built stockyards with corrals capable of holding 20,000 cattle and provided rangeland with plenty of grass and water. Though the town took on all the appearances of prosperity, it also inherited a reputation for being one of the West’s wildest cow towns.

After the long cattle drives from Texas, cowboys found the town a welcoming sight after several months on the dusty trail, making the most of the numerous Baxter Springs saloons. Offering up flowing liquor, card games, and available women, every third business in town was a gambling house or a saloon. Public hangings, gunfights, and saloon brawls soon became common occurrences.

The city was incorporated in 1868 with about 1,500 residents, and the city government issued $150,000 in bonds to entice the Missouri River, Fort Scott, and Gulf Railroad to extend its line into Southeastern Kansas. More bonds financed a new school, a courthouse, and street improvements. On May 12, 1870, the Missouri, Kansas & Texas Railway arrived, beating out the Missouri River, Fort Scott, and Gulf Railroad for the privilege, and just two years later, the town boasted 6,000 residents. But soon, the railroad pushed south into Texas, and the Baxter Springs cattle industry died. However, its illustrious past hung tight, when in 1872, the mayor of Baxter Springs, J.R. Boyd, shot down C.M. Taylor, the city marshal, over a dispute regarding a warrant for an arrest.

For several years Baxter Springs made little progress. By 1876, the community’s population had fallen to only about 800 residents. During this period of hard times, it was discovered that the mineral springs had wonderful health-giving properties, and Baxter Springs became a famous health spa. A park was laid out on Military Avenue near the bathhouses, and people came from across the country to drink the healing waters.

On April 19, 1876, two James-Younger Gang members, Charlie Pitts and Bill Chadwell, rode into town and robbed the Crowell Bank. Though Jesse and Frank James may have been involved in some manner in planning the robbery, they were not seen. Almost three thousand dollars were said to have been taken from the bank. This building now houses the charming Café on Route 66 with a sign on the building’s side that says Jesse James once robbed it. The locals will also support this, though historians believe that the James Brothers were not directly involved and were nowhere near Baxter Springs at the time of the robbery.

In the late 1800s, lead and zinc were discovered across the state line in Missouri and helped Baxter Springs economically by attracting more residents. Soon the mining operations grew and reached into the southeast corner of Kansas, and the town once again became a prosperous business center.  With the influx of miners, the dependence on the mineral springs disappeared, and the bathers eventually stopped coming. 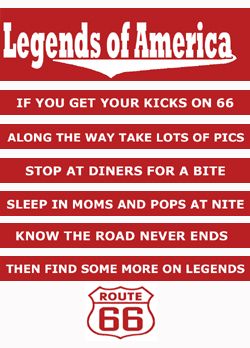 Then, in 1926 Route 66 came through the town, providing an additional source of revenue as gas stations, cafes, and motor courts sprouted up in the town.

In the late 1940s, Mickey Mantle from Commerce, Oklahoma, played for three years with the Baxter Springs Whiz Kids. In 1949, while playing a baseball game in the park, Mantle hit a ball into the Spring River. Later, when a rainstorm delayed the game, Mantle was approached by Tom Greenwade, a scout for the New York Yankees, and signed Mantle up to play.

The 1970s saw the demise of mining in the area, which left a blighted mark upon much of southeast Kansas’s lands. However, Baxter Springs continued to thrive through the diversification of business, agriculture, and industry. Today, the small town is called home to about 4,500 residents.

The original spring for which the town was named and used long ago by the Osage Indians ceased to flow with the advent of lead and zinc mining.

The town still boasts many remnants of the Route 66 era and additional history of the Civil War. The town offers a historic walking tour as well as several museums. At the corner of 11th and Route 66 (Military Avenue) sits the now-closed Café on the Route, which is housed in the 1870 building that was once the Crowell Bank and robbed by members of the James-Younger gang in 1876. The building was also home to the original Murphy’s restaurant, famous on Route 66 for its pies. 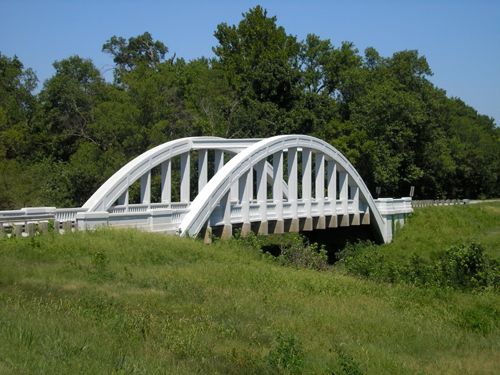 If you missed it, the Rainbow Curve Bridge is just north of town, the only remaining Marsh Arch Bridge on Route 66.

At the Chamber of Commerce, you can pick up information on the Military Frontier Scenic Byway and the Civil War Driving Tour, which features 16 Civil War sites.

The Mother Road continues on to Oklahoma through more mining towns – Quapaw, Commerce, and Miami.