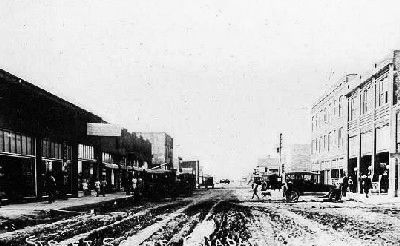 As you leave Kansas, entering Oklahoma’s stretch of Route 66, you will pass through the tiny community of Quapaw just three miles later. This small town of just less than 1,000 souls was named after the Quapaw Indians, originally from Arkansas. 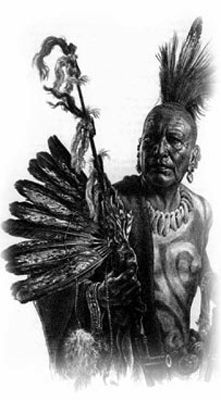 Surrounded by tall prairie grasses, the town was once an important hay-shipping area at the turn of the century. Later, cattle grazing and large ranches became essential to the economic industry of the community. However, the real boom of the town was the zinc and lead mining industry, which began in the region as early as 1897. The town boomed during 1917 and 1918, and many of the Quapaw Indians received immense royalties during these times.

The Dark Horse Mine, which opened in 1904, became the town’s mainstay, but after World War I, the demand for zinc and lead decreased, and Quapaw’s boom days were over.

Today, Quapaw is yet another fading mining town of the tri-state area. However, the town displays several nice murals on its buildings that deserve a stop for a photo opportunity. Quapaw is also home to the Spook light, a dancing ball of light seen on a bluff called Devil’s Promenade. Though the “spook light” is located in the Quapaw area, it can only be viewed east of the town and is often referred to as the Joplin Spooklight or the Hornet Spook Light, both cities in Missouri.

If you’re passing through Quapaw on July 4, the city holds the oldest Indian Pow-Wow in the United States at Beaver Springs State Park. For more than 130 years, the celebration has been taking place and is well worth the stop.

As you continue down the Mother Road just another six miles towards Commerce, you’ll pass through several man-made mountains of chat, leftover from the profitable lead and zinc mining era. In addition to the mining stories that Commerce provides, it was also the scene of one of Bonnie and Clyde’s notorious endeavors on April 6, 1934. 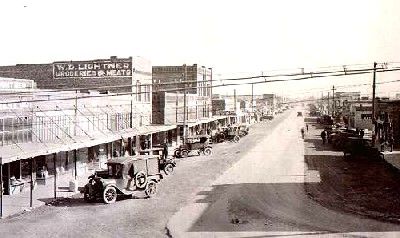 While fleeing the murders in Grapevine, Texas, their Ford got stuck in the mud. Attempting to flag down a motorist at gunpoint, the car fled and reported the incident to Police Chief Percy Boyd and Constable Cal Campbell in Commerce. When the officers arrived at the scene, Cal Campbell was shot, and Chief Percy Boyd was kidnapped but was later let go. Bonnie and Clyde had less than a month to live. 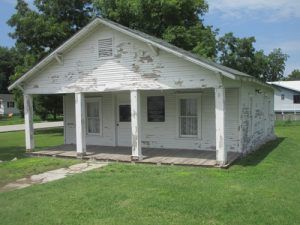 On a more positive note, Commerce was also home to the legendary baseball player Mickey Mantle. In the late 1940s, Mantle played for three years with the Baxter Springs, Kansas Whiz Kids. In 1949, while playing a baseball game in Baxter Springs, Mantle hit a ball into the Spring River. Later, when a rainstorm delayed the game, Mantle was approached by Tom Greenwade, a scout for the New York Yankees, and signed Mantle up to play. His home, located at 319 S. Quincy, still stands, including the leaning shed where he practiced throwing and batting. In 2010, local officials dedicated a large statue of Mantle, following through on a powerful swing, next to Mickey Mantle Field at Commerce High School. The statue stands along a newer alignment of Route 66 on the south side of town.

Just another five miles or so, as you zigzag along this fine old stretch of Route 66, you’ll arrive at the town of Miami.