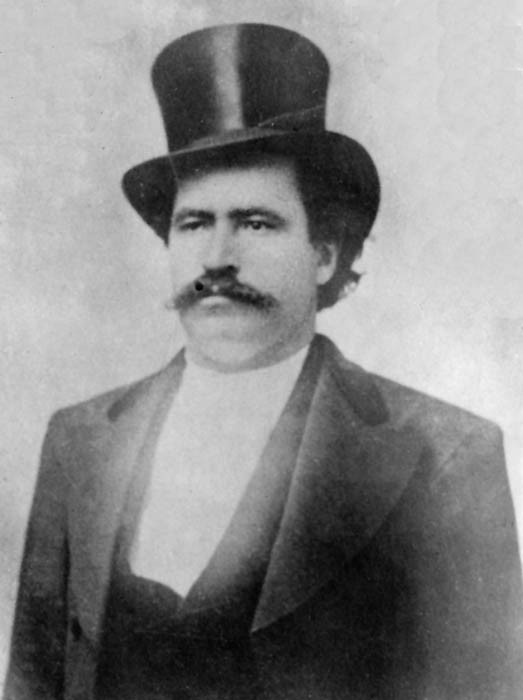 Joseph Lowe, aka “Rowdy Joe” Lowe, was a gambler, saloon keeper/owner, and gunfighter in the Old West.

Born in 1845 and hailing from Illinois, little is known of Lowe until after the Civil War. After serving in the Union during the war, he was mustered out. He and his wife, Kate Daniels, better known as “Rowdy Kate,” moved from Illinois to Kansas, where they would roam through several cowtowns establishing several bawdy joints.

Joe worked as a mule skinner and at other jobs before getting into the entertainment business, which included saloons, dance halls, gambling parlors, and brothels.

In 1871, the couple moved to Newton, Kansas, setting up a saloon and brothel. In 1872, Kate snuck off with a man named Sweet to visit a competing brothel, and when Joe found out, he shot the man.

The controversy forced the pair to relocate to the Wichita area, where they set up a saloon/gambling hall/brothel in Delano, Kansas, the worst section in Wichita. This business venture was immediately profitable with gambling tables, booze, and “soiled doves” who doubled as dance partners. However, it was also known to be a rough establishment where men were encouraged to drink heavily, spend lots of money, and were often swindled in shady card deals. 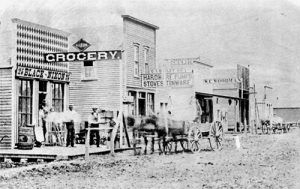 The Lowes made good money at their business, but when Edward “Red” Beard came to town and set up another saloon just 30 yards away, business declined. However, the two were initially friendly, despite the competition. In the summer of 1873, a young soldier shot one of Beard’s dancehall girls, and he responded by firing on the soldiers. Later that night, the soldiers retaliated by burning down his saloon. This was profitable for Lowe’s saloon, and Beard envied their prosperity, ending any friendliness they might have had before.

By October 1873, Red Beard had rebuilt his saloon and reopened it. But Red Beard continued to begrudge his neighbor. On October 27, when Beard was drinking heavily, he accused one saloon girl, Jo DeMerritt, of stealing from him. In response, DeMerritt threw a bottle at Red and fled to Lowe’s saloon next door. Beard immediately followed, and in the smoke-filled saloon, Red mistook another prostitute, Annie Franklin, for DeMerritt and shot Annie in the stomach.

Rowdy Joe then went behind the bar, grabbed his shotgun, and exchanged fire with Beard. One of Beard’s shots grazed Joe’s neck in the melee, and a stray bullet hit one of Lowe’s customers, William Anderson, in the eye, blinding him for life. Beard then fled.

Later that night, Beard took to the streets looking for Joe. However, Lowe saw Beard first and shot him from behind. Though Red was down, he clung to life for the next two weeks before he died on November 11, 1873.

“E. T. Beard, better known as ‘Red,’ the proprietor of one of the dance houses across the river, paid the penalty of his misdeeds with his life on Tuesday morning [November 11.]

After the gunfight, Lowe’s saloon began to go downhill as people complained about the violence, cheating, and under-handed card deals.

A few months later, a short trial ensued, and Joe Lowe was found not guilty. However, when Lowe was charged with the shooting of William Anderson, he and Kate left town.

They were said to have spent some time in Dodge City, Kansas but were eventually told to leave. They then traveled to Tombstone, Arizona, where they set up a bar and brothel with Big Nose Kate. However, the joint quickly developed a reputation for ruthlessness, with no rules except that “no man should leave with money in his pockets.” Some even said the price of the drinks varied with the degree of intoxication, and high rollers might be drugged, robbed, and tossed in a gully outback.

Next, they were again setting up drinking halls in Texas, where it was said that Lowe sometimes joined up with the Sam Bass Gang, participating in several robberies.

In 1875, they lived the nightlife in Denison, Texas, in saloons and gambling halls and were often the object of arrests. In August 1875, “Rowdy Kate,” a petite woman with black eyes and curly hair, was arrested for fighting and fined $5. The following month, Nettie McGuire, aka “The Snake Charmer,” had Kate arrested on charges of intent to kill, but the case was dismissed. In October, “Rowdy Joe” was arrested for taking part in a “row” in The Crystal Palace Dance Hall at about 3 a.m. between himself and Fred Spencer. Tom Farmer, a policeman, attempted to intervene but was unsuccessful. When Sheriff Vaden entered the scene, he was surrounded by local men and women, and his revolver went off, striking Billy Campbell in the neck. The next day Rowdy Joe pled guilty to disturbing the peace, was fined $5, and was charged with resisting arrest, for which he was fined $20.

It must have been shortly after this time that the pair broke up because Joe married Molly Fields in August 1876. Afterward, Joe moved on to other parts of Texas, operating saloons, gambling parlors, dance halls, and brothels for brief periods in places like Luling, San Antonio by 1877, and Ft. Worth by mid-summer 1877.

In the meantime, Kate moved to Weatherford, Big Spring, and finally into Oklahoma Territory. She was living in Purcell, Oklahoma, in 1887, living life as the queen of the boomer camp. In 1895, she was accidentally shot and was buried on the lands of the Creek Nation. 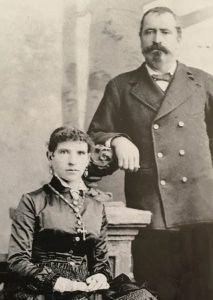 Joe drifted to the Black Hills of South Dakota during the gold rush. By 1899, Lowe had moved on again, establishing a small ranch outside of Denver, Colorado, and claimed to have given up his wild ways. However, on February 11, 1899, he was drunk at Denver’s Walrus Saloon when he discovered that a man at the bar named E.A. Kimmel was an ex-policeman. Lowe immediately began to insult Kimmel, who, knowing that Lowe had a reputation as a gunman, pulled his six-shooter and fired five bullets into him, dropping “Rowdy Joe” to the floor. When Lowe was rolled over, it was found that he was unarmed.