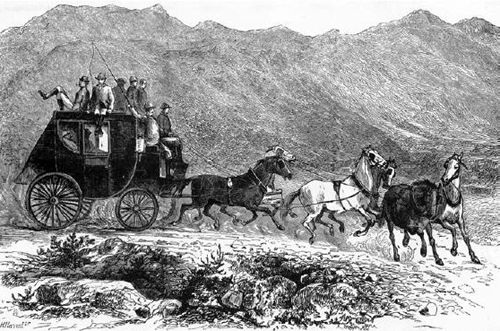 John Braden (18??- October 17, 1896) – Braden hailed from Pennsylvania or Ohio but made his way westward when he was still quite young. By the 1850s, he was employed by the Northeastern Stage Company, driving in Minnesota and Iowa.

Later he began to drive for the Overland Stage traveling on the Platte River in Nebraska before driving for the Kansas Stage Company out of Leavenworth, Kansas.

By the 1860s, he was blazing the Smoky Hill Traill through Kansas to Colorado for Wells Fargo. Next, he drove again for the Overland Stage Line between Fort Bridger, Wyoming, and Salt Lake City, Utah. He was also reportedly an Indian Scout.

When Ben Holladay sold the stage route to Wells Fargo, Braden continued to work for the line for a couple of years before drifting south to Albuquerque, New Mexico, in the early 1880s. There, he was employed for about 15 years in a livery stable until he met his tragic end. 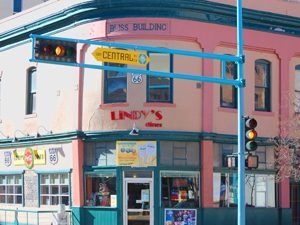 At the age of 74, Braden was hired to drive a wagon load of fireworks in the Carnival of Sports parade, sponsored by the New Mexico Territorial Fair Association, on October 16, 1896. Around 7 pm that evening, the parade formed along West Copper Avenue. Braden’s wagon load was full of rockets and other explosives to be used for the big display after the parade. In front of Braden was the Flambeau Club float. As the parade started, club members began shooting fireworks, apparently unaware of the danger behind them. Sparks flew into Braden’s wagon as the parade rounded the corner onto 5th Street.

Almost immediately, the wagon ignited, sending debris and startling his team of horses, bolting between the Flambeau float and one of the bands. John Braden, already badly burned, realized the danger his wagon posed to the parade and spectators and remained at the reigns, trying to control the team. At the intersection with what is now Central Avenue, his team turned east and ran into a Hose Company cart, locking wheels. Braden, in flames, fell to the ground and was quickly lifted into a hack and taken to the hospital, where he died the next afternoon. 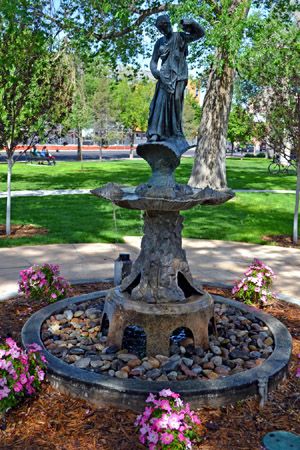 By staying with his wagon and team, despite the surety of his own death, John Braden saved the lives of many, and his act of heroism was honored that Monday, October 19, as Albuquerque schools and businesses closed for the afternoon to attend his funeral, reported the largest ever in the city up until that time.

About two years after his death, the Ladies Park Association placed a memorial fountain to honor Braden in Robinson Park, which continues to stand after being refurbished in the early 2000s.