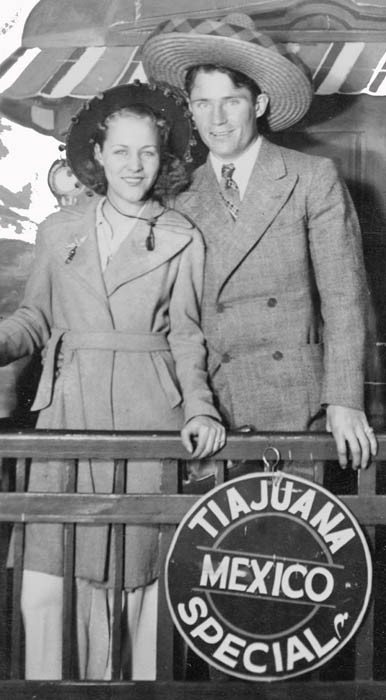 Bennie and Stella Dickson were a husband and wife team who turned to a life of crime shortly after their marriage. They successfully stole over $50,000 in eight months, from August 1938 to April 1939.

Bennie Dickson was born in Topeka, Kansas, in about 1913. He was the son of a respected high school chemistry teacher. At age ten, Bennie and his older brother, Spencer, rescued a woman from drowning in one of Topeka’s Central Park ponds. For this heroic deed, both boys received commendations from the mayor. Bennie also spent years in the Boy Scouts. However, at some point, he got in with the wrong crowd, began to commit minor crimes, and served time in the Kansas State Reformatory for car theft.

In 1931, after taking part in an unsuccessful bank robbery, he was sent to the Missouri State Penitentiary in Jefferson City. After serving five and a half years, he returned to Topeka and moved back in with his family. He then began to study law and spent time in amateur boxing.

Stella Mae Irwin was born in Topeka, Kansas, on August 25, 1922. Born into an abusive home, her parents divorced when she was two years old. She then lived with her mother and younger brother, Junior. Described as a typical teen, she was an A student but was often moody and angry.

In June 1937, almost 15-year-old Stella met the 27-year-old charismatic Bennie Dickson at a rollerskating rink in Topeka, and there was an immediate attraction between the two. The couple began to see each other and secretly planned to marry as soon as she turned 16. However, after an angry attack on a driver’s license examiner in Topeka, Bennie immediately left town to avoid jail time.

Months later, Stella received a letter from Bennie asking her to join him in California, still wanting to marry her. Within no time, she traveled by train to the Golden State, dreaming of their new life together. A police judge in Pipestone, Minnesota, married the couple on August 3, 1938, as they vacationed with Dickson’s family at nearby Lake Benton.

On Stella’s 16th birthday, August 25, 1938, the couple robbed the Corn Exchange Bank in Elkton, South Dakota, taking $2,174. They then drove a carefully planned, meandering route on country roads to Bennie’s family’s farm in Tyler, Minnesota, where Bennie hid the money on the property.

“We did not stop en route… “When we got to the farm we parked the car out near the barn and Johnny walked up in the trees. He said he was going to hide the money.”  — Stella Mae Dickson, in her confession. 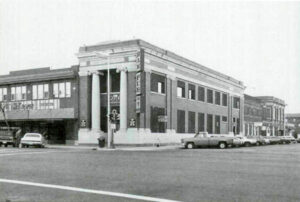 Two months later, on October 31, 1938, they held up the Northwest Security National Bank in Brookings, South Dakota, making off with $17,592.99 in cash plus stocks valued at more than $16,000. Authorities never recovered the stolen money.

After this robbery, the pair made national headlines, and J. Edgar Hoover if the FBI took an interest in the couple, painting them in the same light as other infamous outlaws of the era such as John Dillinger, Bonnie and Clyde, “Babyface” Nelson, and others. Despite the lack of violence and pulling off only two robberies, Bennie and Stella were labeled as public enemies, bumped to the top of the FBI’s most-wanted list, and became the focus of a massive manhunt, wanted dead or alive.

The pair were tracked to a cabin motel in Topeka, Kansas, on November 24, 1938. When eight officers tried to arrest them, Bennie drove away amid a hail of gunfire without shooting back. The fugitive suffered only a minor scalp wound. In the meantime, Stella escaped on foot. Bennie abandoned his bullet-riddled car in North Topeka and then robbed a couple of their car at gunpoint. Bennie then drove to South Clinton, Iowa, and after stealing another car, returned to Topeka and picked up Stella at a previously planned rendezvous point on November 25. 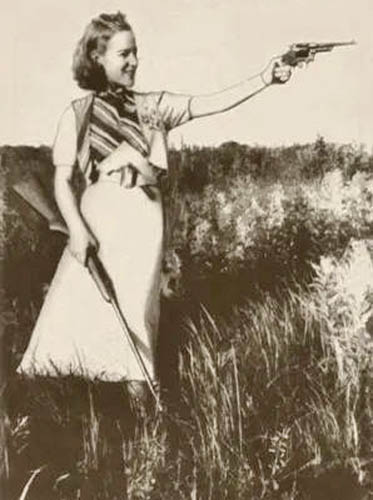 Making their way to Michigan, several attempts were made by authorities to capture them, including one incident in which Stella shot the tires out on a pursuing patrol car, which earned the moniker “Sure Shot” Stella. The couple remained at large for the next several months, taking hostages, stealing cars, and eluding police by using countryside backroads.

However, their spree was about to end. On April 6, 1939, Bennie Dickson was located in St. Louis, Missouri. At 7:00 p.m., Dickson met the sister of one of his former penitentiary cellmates named Naomi at the Yankee System Hamburger Shop. Later it was said that Naomi was a paid informant that set up the meeting. When Bennie left the shop, he was shot by one of the special agents twice and died on the sidewalk. In the meantime, Stella Mae waited In the car a half-block away. She then drove away and left her car in a rented garage. She wanted to get home to her mother, so she hired a man to drive her to Kansas City, Missouri. However, the driver recognized her and informed the authorities. When Stella Mae Dickson arrived in downtown Kansas City, she was met by FBI agents.

“I knew the minute he stopped he was going to get a federal man to arrest me… I didn’t care. I just sat in the car. I knew if I got out and tried to get to Topeka by myself I wouldn’t get there alive, and I wanted to see my mother.”

Less than one week after her capture, officials ordered Dickson extradited to South Dakota. On August 21, 1939. Dickson, then 17 years old, pleaded guilty to two counts of bank robbery in Federal District Court in Deadwood, South Dakota. Due to her youth and the corrupting influence of her husband, she was sentenced to two concurrent ten-year terms at the United States Women’s Reformatory in Alderson, West Virginia. She arrived there to begin serving her sentence on August 27, 1939.

Stella Dickson remained behind bars until she was 26. She later lived in Raytown, Missouri, where she worked as a grocery store clerk and was married several times. She died of emphysema at age 72 in 1995. 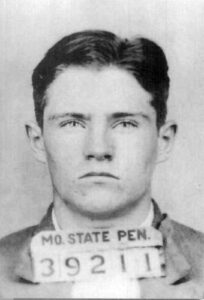