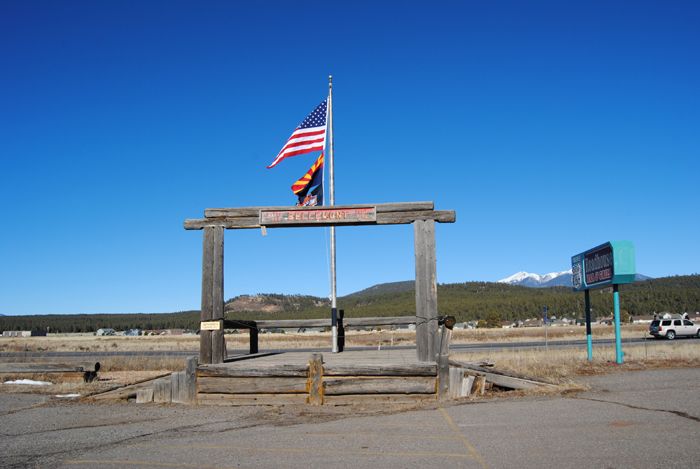 Though Bellemont is pretty much a ghost town, over the last several years has seen a small revival as a “Biker Friendly Town.” Ironically, Bellemont was where part of the movie “Easy Rider” was filmed when outlaw bikers played by Peter Fonda, and Dennis Hopper stopped in front of the Pine Breeze Motel. Trying to rent a room, a door is cracked, but when the proprietor spies their motorcycles, the glowing “NO VACANCY” sign begins to blink at the motel. The riders end up continuing down Route 66 and sleeping in the woods. 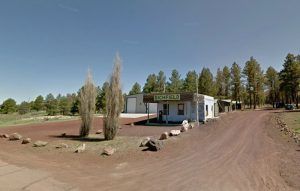 Not so today. Bellemont is home to the Grand Canyon Harley-Davidson dealership, the Route 66 Roadhouse Bar & Grill, and a Camping World dealership, all of which welcome bikers with enthusiasm. The Pine Breeze Motel still sits idle along old Route 66 south of Bellemont with peeling white paint and grass creeping at its sides. The original “NO VACANCY” sign of the Pine Breeze Motel is proudly displayed hanging above the pool tables at the Bar & Grill.

Bellemont began its life as a stop along the Atlantic & Pacific Railroad in 1882, where natural springs provided water to the thirsty steam engines. Named for Belle Smith, the daughter of the railroad superintendent, Bellemont soon became a lumbering center, complete with its sawmill. In 1887, a  post office was established. 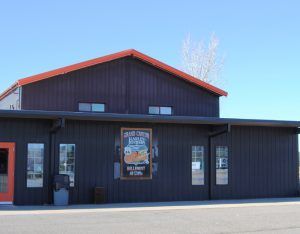 When Route 66 originally came through, it was first built north of where I-40 is today. Later it was changed in 1931, taking a more southerly course.

Shortly after the attack on Pearl Harbor, the government built the Navajo Army Depot at Bellemont, where ammunition and explosives were stored and shipped when needed. Still a very small community, the town had little more than a store and a couple of gas stations. Later the Whiting Brothers established a gas station and motel in east Bellemont, of which little is left today but a pile of rubble.

In 1982, Camp Navajo was taken over by the Arizona National Guard and is still utilized as a training facility.

The old Pine Breeze Inn and the remains of the Whiting Brothers Service Station and motel are on the south frontage road one mile east of the Harley Davidson dealership, on a cracked and overgrown piece of pavement.

Beyond Bellemont are two old alignments of Route 66. One is almost completely gone, but the other can still be traveled during good conditions. Caution is advised as the road is narrow, winding, and mostly much of the western portion is dirt and gravel. To access this old road, enter the north frontage road of I-40, which will make its way through Brannigan Park, the highest point of Route 66, at almost 7,500 feet above sea level. This route once presented many hazards to early travelers as they tried to climb over the pass. When the road was moved south in 1941, all businesses along this stretch closed, but the area today is a beautiful drive with grassy meadows, historic homes, and tall stands of pine and aspen. 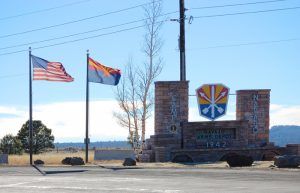 The easiest route to Parks is to travel I-40 west for 6.6 miles, take Exit #178 to Spring Valley Road, and then turn west for about one mile.