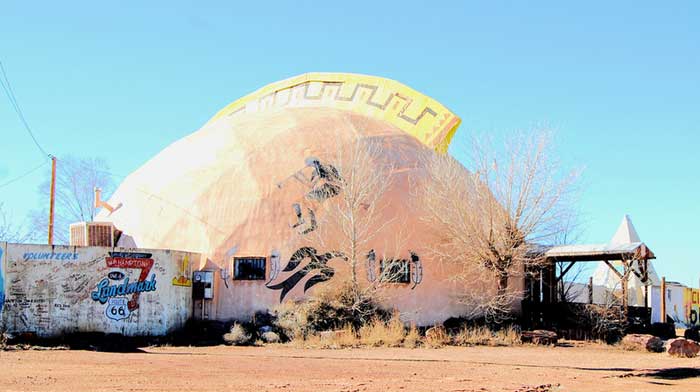 After leaving Winslow and heading west on Route 66, travelers will soon come to Meteor City, an old tourist attraction that enticed travelers to stop for many years. Despite the name, Meteor City was never the name of a town, instead, it was a trading post. In addition to the many items that it sold, it was, and still is, a great photo opportunity with its geodesic dome and the world’s largest dream catcher. 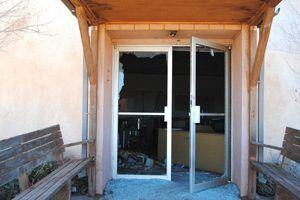 With no one watching the “store,” the Meteor City Trading Post was badly vandalized after it was abandoned. Photo by Kathy Alexander.

The first business established at the site was a Texaco gas station in 1938 by Joe Sharber. The place was named for the nearby Barringer Meteor Crater. Three years later, in 1941, Jack Newsum bought the property and added a store that sold souvenirs and groceries.

Somewhere along the line, the gas station closed. In 1979, a dome replaced the rectangular building that housed the store. Unfortunately, the dome burned in 1990 and was replaced by the current structure. After operating for years, the owners tried to sell the business. However, when they had no buyers, and in 2012, the property was left to nature, animals, and, unfortunately, vandals. The building and its iconic dream catcher remained abandoned and deteriorating each day in the desert sun for the next several years. Hope for the site faded when the Meteor City Trading Post was placed on a ‘to-be-demolished’ list.

But, before it could be torn down, the once-popular site was saved by Joann and Michael Brown, who spent their childhoods in California and regularly traveled Route 66. After having looked at property in  Arizona, New Mexico, or Texas, they bought the property in 2016 and, since that time, have been working to clear the debris and restore the dome and its outbuildings, with hopes of reopening soon. You can track their progress via their official Facebook Page HERE. 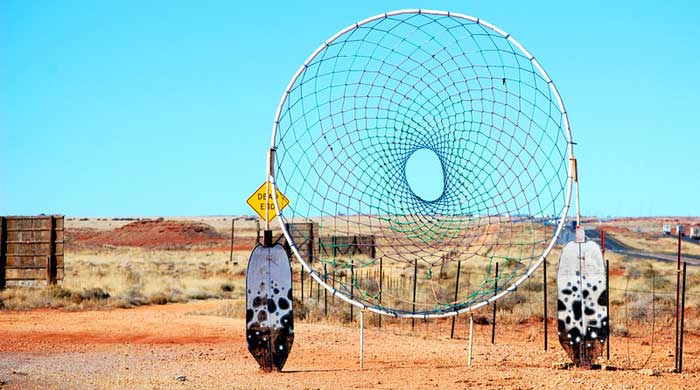 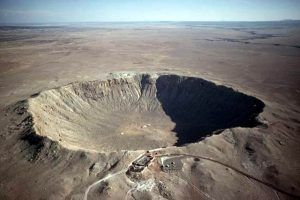 The road to the Meteor Crater is just west of Meteor City, some six miles south of I-40. The crater was formed approximately 50,000 years ago when an iron mass weighing over 60,000 tons entered the Earth’s atmosphere, resulting in the formation about 4,000 feet wide and 570 feet deep.

During the heydays of Route 66, a man named D.M. Barringer built an observatory just off of the Mother Road so that the many travelers passing by the area could see the crater without having to travel the additional six or so miles to the site. For just 25 cents, travelers could stand from the observation tower and see the crater through a telescope.

Today the observatory is nothing but stone ruins; however, a visitor’s center and guided tours are available at the crater.

Continuing your journey, you will soon see the exit of Two Guns. There are two ghost towns here – Two Guns and Canyon Diablo, one almost on top of the other. Located on the far side of the canyon, Canyon Diablo was described, during its heyday, like this: “Tombstone, Virginia City, and Abilene could not hold a candle to this end-of-the-rail depravity.” Two Guns, built after Canyon Diablo was already long dead, thrived during the peak years of Route 66 popularity.

Today, both towns sit silently, looking upon the canyon below. Located on private property, the site is sometimes inaccessible, with gates closed and photo opportunities available only from the frontage road. At other times, the gate is open, seemingly inviting a visit. 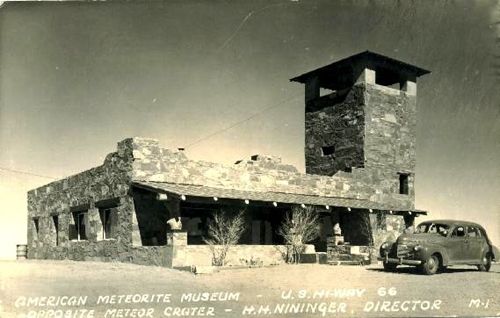