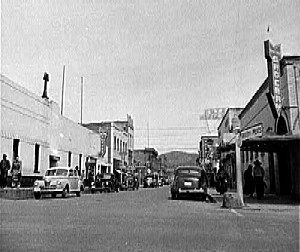 Flagstaff Trading Post – Due to the many robberies during the 1800s, one owner of an Indian trading post named Herman Wolf, got in the habit of burying his profits in cans and jars around the fences on his property. Operating the trading post for thirty years on the Little Colorado River between 1869-1899, his highly profitable business brought him tens of thousands of gold and silver coins over the years. These treasure troves are said to have numbered in the hundreds of thousands and his thirty-year accumulation estimated at $250,000.

In 1901 twenty U.S. gold coins were found, and in 1966, a bucket of Mexican silver was discovered at the site. However, these two finds are but a small percentage of what was buried and the main cache remains to be found. The old store was located on the Little Colorado River River just off the California–Santa Fe Trail near Canyon Diablo.

Ashurst Ranch – Long ago a man named William Ashurst owned a ranch about 25 miles southeast of Flagstaff. The ranch was located near a good spring, known as Ashurst Run. The rancher was said to have buried a number of five and ten-pound cans filled with gold coins on his property. According to legend, this gold was never recovered after his death.

Rogers Lake – During the winter of 1881, outlaws Henry Corey and Ralph Gaines stole eight large gold bars from the Tip Top Mine near Gillette, Arizona. Each of these bars, which were three feet long and four inches wide, were buried near a cabin at Rogers Lake. The pair then headed to Flagstaff, where they relieved a stagecoach of $25,000 in gold and silver coins. Returning to the cabin with the treasure, they dug up the gold bars and placed these, along with the stagecoach loot, into large wooden kegs. Chipping a hole in the ice, they then lowered their stolen booty into the lake. Before long the sheriff learned that the outlaw pair was holed up at Rogers Lake and along with a posse, set out to capture them. Spying the approach of the lawmen, the bandits made a hasty retreat, leaving the treasure behind. Later, Gaines would be killed in a brawl and Corey was arrested during a holdup near Globe, Arizona and sent to prison. When Corey was released 24 years later, he and a friend made repeated searches for the loot but it was never found. Corey died in 1936. During dry times throughout the year, the dry lakebed areas of this low-level lake can be easily searched.

The gang fled to the northeast into Tonto Basin, then turned to the northwest as a posse began to catch up with them. Before long the lawmen overtook the gang and the inevitable shoot-out occurred. Two of the outlaws were killed in the foray, but two others escaped to Holbrook.

The two outlaws holed up at Holbrook for a time waiting for things to cool off. While there, one of the outlaws was killed in a dispute over a poker game. His outlaw partner, Henry Tice, then killed the other gambler.

However, someone felt that justice was not yet done, and shot Tice, leaving no one to disclose the location of the hidden loot. The cache is believed to be somewhere around the cliffs between Morman Lake and Flagstaff and though many have looked, it has never been found.