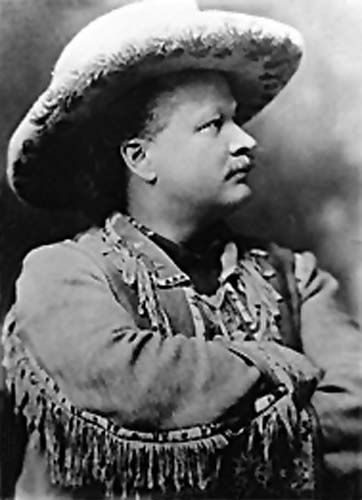 One of the many who exemplified the “Wild West” was Gordon W. “Pawnee Bill” Lillie. Gordon was the oldest of four children born to Susan and Newton Lillie in Bloomington, Illinois on February 14, 1860. His father owned and operated a flour mill and was considered one of the prosperous citizens of Bloomington. When he was old enough, Gordon worked for his father but fascinated with the Old West, spent his free time reading dime novels about the Old West and Buffalo Bill Cody.

When the flour mill burned down in the 1870s, the family moved to Wellington, Kansas where they had relatives. The family began to farm and soon set up another flour mill.

Gordon was still fascinated with the Wild West and when the Pawnee Indians were being moved from their homeland in Nebraska to Indian Territory, they made a winter camp near Wellington. The boy soon was spending many hours with them, learning their skills and language. While there, he also made a long-time friend, tribal elder, Blue Hawk.

When he was just 15 years old, Gordon joined a cattle drive in Wichita, Kansas. He then moved on south to Indian Territory to visit his friend, Blue Hawk. There, he lived near the Pawnee reservation and got a job in a rock quarry, but spent his free time with the Pawnee, who allowed him to participate in their annual buffalo hunt. For a short time, he joined Trapper Tom McCain’s fur trading company, then returned to the Pawnee. In 1879, he became a teacher for the Pawnee and worked as an interpreter and secretary to Major Bowman, the Indian agent. It was during this time that Gordon became known as Pawnee Bill – a name the Pawnee Indians gave to him.

In 1883, Gordon was very pleased when the Pawnee Agency received a letter from Buffalo Bill asking for several Indians to travel with his newly organized Wild West Show. Six of the Pawnee, along with Gordon Lillie, quickly volunteered. 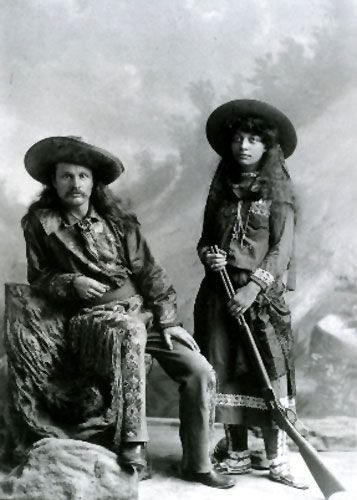 Pawnee Bill and his wife, May

Gordon would work as both an interpreter and a performer. They soon set off traveling the nation and while Pawnee Bill was in Philadelphia he met May Manning, a 15-year-old Quaker girl who was watching the parade. For the next two years, the pair maintained a long-distance courtship before marrying in 1886.

May’s family soon started to talk Gordon into starting his own show and, liking the idea, he recruited backers and organized the “Pawnee Bill Wild West Show” in 1888. Practicing with him, his wife May performed as “Champion Girl Horseback Shot of the West”. Unfortunately, the production went broke after only one season.

Undaunted, Pawnee Bill, re-organized as “Pawnee Bill’s Historical Wild West Indian Museum and Encampment Show” and this time it was successful, so much so that he took his show to Europe. However, it was a mistake – the show went bankrupt while there.

Regrouping once again, the show then toured Holland and France, entertaining royalty. They then returned to the United States, where they were once again successful.

In 1902 Pawnee Bill established the Buffalo Ranch on land he purchased from Blue Hawk. Later, he traveled to Washington, D.C. to promote a congressional bill to develop a wildlife refuge. 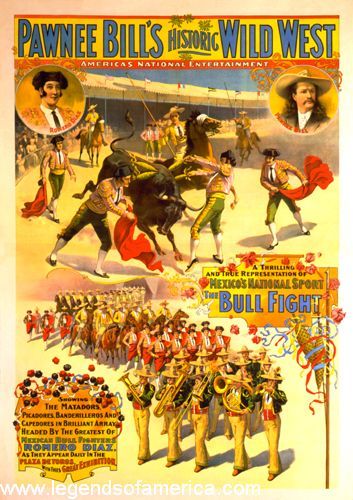 The two traveled together as the “Two Bill’s Show” until 1913 when the venture again went bankrupt. It was billed as one of the entertainment triumphs of the ages and traveled all over the world entertaining audiences with both realistic and fantasy views of the Old West. The show closed in Denver, Colorado, in 1913 after touring for five seasons.

Gordon and May built their dream home on Blue Hawk Peak and moved into the dwelling in 1910. May became manager of the Buffalo Ranch while Gordon traveled with Buffalo Bill. In 1916 they adopted a child and named him Billy. During this time, Gordon also began to diversify his investments, opening an oil refinery in Yale, Oklahoma, raising cattle and started a movie production company on his ranch. Tragically, their adopted son Billy died in an accident when he was eight years old.

In 1930 Pawnee Bill built and operated “Pawnee Bill’s Old Town,” two miles west of his ranch, a tourist attraction featuring log cabins, tepees, saloons, gunfights, and other attractions from the Old West. Six years later May died in an automobile accident. Gordon died in 1942. He was 81.

Unfortunately, Old Town burned to the ground in 1944, along with some of the finest objects of Indian art and artifacts of the Old West.

Today, Pawnee Bill’s arts and crafts style home, filled with his original furnishings and collections, has become Pawnee Bill’s Ranch and Museum in Pawnee, Oklahoma. The museum also features the first log cabin that housed Bill and May when they first purchased the ranch, and the three-story stone barn that Bill built in 1926 to house his animals, along with an observation tower Bill utilized to look out over his ranchlands, and other outbuildings. 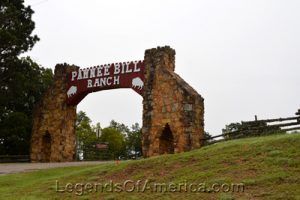 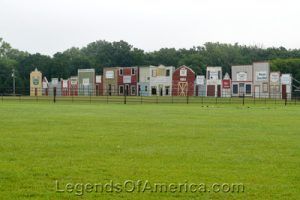 The ranch also maintains one of the finest herds of bison in the world, as well as a herd of long-horn cattle. Pawnee, Oklahoma is about 55 miles west of Tulsa on U.S. 64. The Ranch is at the top of the hill just west of the town. 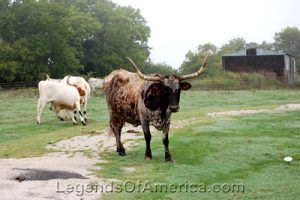 A longhorn stares us down at the Pawnee Bill Ranch in Oklahoma. 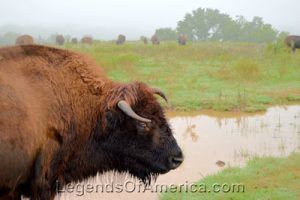 You can drive through the area with Longhorns and Buffalo at Pawnee Bill Ranch, just stay in your vehicle.