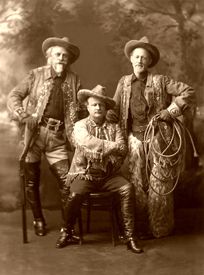 The late 19th century was the age of great showmen and traveling entertainers, like the Barnum and Bailey Circus, the Vaudeville circuits, and Buffalo Bill’s  Wild West Show. William F. Cody first appeared on the stage in Chicago on December 11, 1872. Afterward, he founded his production in Omaha, Nebraska, in 1883; a show that would run, in one form or another, for the next three decades, charming crowds throughout the United States and Europe.

Over the years, the troupe, which included as many as 1,200 performers, included many authentic personalities such as James Butler “Wild Bill” Hickok, Texas Jack Omohundro, Annie Oakley, prominent Native Americans, including Sitting Bull and Geronimo, as well as “real” cowboys recruited from the West.

The show itself consisted of a series of historical scenes interspersed with feats of showmanship, sharpshooting, staged races, rodeo-style events, and sideshows.

Native Americans figured prominently in many of the scenes, often shown attacking wagon trains with Buffalo Bill or one of his colleagues riding in and saving the day. The show also re-enacted the riding of the Pony Express, stagecoach robberies, and buffalo-hunting, with the production ending with a melodramatic re-enactment of Custer’s Last Stand in which Cody himself portrayed General Custer.

On May 9, 1887, Buffalo Bill’s Wild West show opened in London, giving international audiences their first glimpse of the American Wild West. The show would go on to entertain audiences throughout Europe.

By the turn of the 20th century, William F. Cody was probably the most famous American in the world. No one symbolized the West for Americans and Europeans better than Buffalo Bill. His shows were billed as one of the entertainment triumphs of the ages.

When Cody’s show began to suffer financially he sold a one-third interest in his production to Pawnee Bill’s Wild West and Great Far East Show, operated by Gordon “Pawnee Bill” Lillie in 1908. Soon, Gordon bought the remaining interest in the show but retained Buffalo Bill as a partner. The two traveled together as the “Two Bill’s Show” until 1913 when the venture went bankrupt. It was billed as one of the entertainment triumphs of the ages and traveled all over the world entertaining audiences with both realistic and fantasy views of the Old West. The show closed in Denver, Colorado, in 1913 after touring for five seasons. 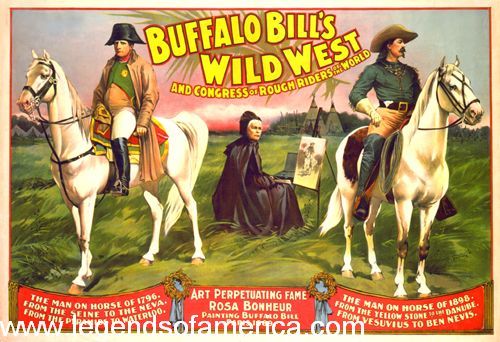 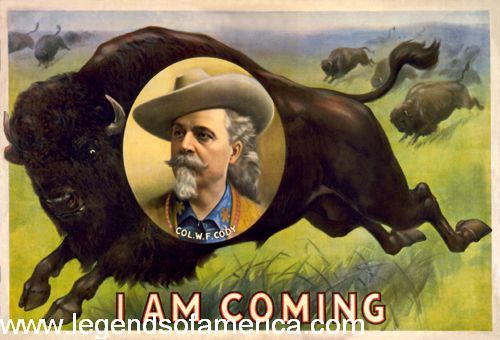