The North West Company was a fur trading business headquartered in Montreal, Canada, from 1779 to 1821. The organization competed with increasing success against the larger and very successful Hudson’s Bay Company, also in Canada. 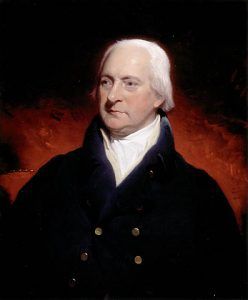 It was little more than a loose association of a few Montreal merchants for the first four years after the company was established. However, in 1783, in an attempt to break the monopoly of the Hudson’s Bay Company, they “officially” organized, led by businessmen Benjamin Frobisher, his brother Joseph, and Simon McTavish, along with investor-partners — Robert Grant, Nicholas Montour, Patrick Small, William Holmes, and George McBeath.

Competing heavily with increasing success against the Hudson’s Bay Company, they merged with the Gregory, McLeod, and Co. in 1787. Soon afterward, Roderick Mackenzie and his cousin, Alexander Mackenzie, joined the expanded operation with Alexander Mackenzie overseeing the exploration of the western territories.

The company initially confined operations to the Lake Superior region and the valleys of the Red, Assiniboine, and Saskatchewan Rivers but later spread north and west to the shores of the Arctic and Pacific Oceans. In Oregon Country, they constructed posts in present-day Washington and Idaho. Their wilderness headquarters was first located at Grand Portage on Lake Superior, but after 1805, they headquartered at Fort William,  located at the present-day city of Thunder Bay, Ontario, Canada. 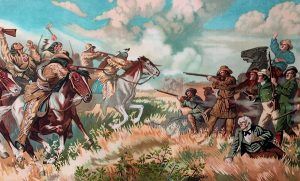 The fur trade profits were large, which caused much tension between the North West Company and Hudson’s Bay Company, so much so that several minor armed skirmishes erupted. The competition became especially intense when the Hudson’s Bay Company established the Assiniboia colony on the Red River in present-day Manitoba in 1811–12. A few years later, open conflict broke out, during which North West Company men destroyed the Red River colony in 1816 in what became known as the Seven Oaks Massacre. The Hudson’s Bay Company retaliated by destroying the North West Company post of Fort Gibraltar, located in present-day Winnipeg, Manitoba, and captured Fort William. Over the next several years, some of the wealthiest and most capable partners began to leave the company.

The North West Company operated in a complex system of managers, assistants, and contract workers. At the top level were the Montreal agents. These wealthy men controlled the company, ordered the trade goods, shipped them to the supply depot, and sold the furs in European markets. 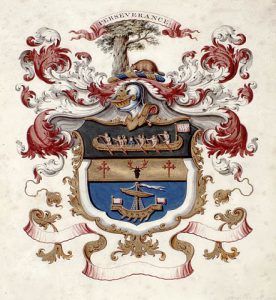 On the next level were the partners. They were part owners in the company and lived year-round in the interior. Partners managed the trading activities in a region. They negotiated directly with the Indians, supervised the traders in their districts, and watched the activities of rival companies.

The clerks were the next level down. They managed small fur posts, directed and motivated the men, and kept records of the actual daily trade. On the next level down were the guides and interpreters. Their special skills and long years in the interior made them very important to the company managers above them. The voyageurs were at the bottom level of the company. These men agreed to work for several years in exchange for pay, equipment, clothing, and “room and board.” Most voyageurs were hired because of their skill and strength as paddlers.

Finally, there were the Native men, women, and families. While not employed by the company, they nonetheless played essential roles as interpreters and diplomats in the trade. And since the Nor’westers did not hunt for themselves, almost all their food was provided by Native men and women. Traders also depended on Native men and women for their traditional skills, such as skinning animals and building canoes.