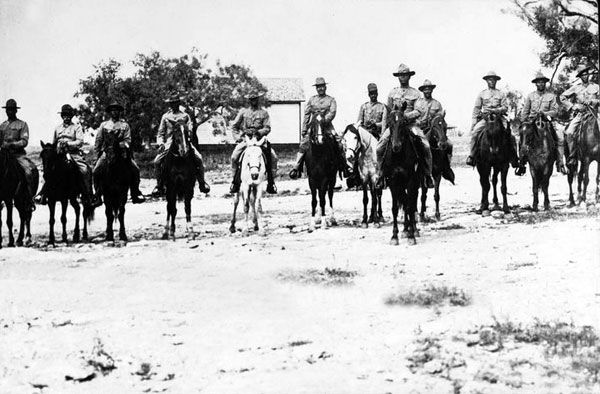 The Seminole Indians originally lived in Florida swamplands and welcomed escaped slaves. The escaped slaves, called Maroons, combined African traditions with Native American customs. They joined the Seminole Confederation in 1812, but by 1841 almost all Seminole had been forced to move to Indian Territory in Oklahoma.

An 1845 treaty required the Creek Nation to share land there with the Seminole, but the slave-holding Creek tribe proclaimed that no freed blacks or Seminole Maroons would be allowed to live in the Creek Nation or bear arms.

As a result, Seminole leader Wild Cat and Maroon Leader John Horse moved their people to Mexico in 1849. Many of the warriors went to work for the Mexican government, which employed them as militiamen against Comanche and Lipan Apache raiders in exchange for land, provisions, weapons, and ammunition. Originally, they were well-treated by the Mexican government; but later, they began to be neglected by federal officials.

After the Seminole Nation was created in 1856 and Wild Cat died of smallpox in 1857, many Seminole Indians left their settlement at Nacimiento, Mexico, for Indian Territory. However, the Seminole Maroons stayed in Mexico, fearful of being returned to slavery if they entered the United States. The end of the Civil War in 1865 ended slavery and refocused the attention of the U.S. Army on securing the western frontier. In 1870, the Army began recruiting Seminole Maroons, creating the Black Seminole Indian Scouts. On August 16, 1870, Major Zenas R. Bliss enlisted a special detachment of thirteen Black Seminole scouts from a group of approximately 100 who had recently arrived at Fort Duncan, at Eagle Pass, Texas, from three main camps in northern Mexico. Sub-chief John Kibbetts was commissioned as a sergeant.

The men’s families and other members of Kibbetts’s band established a camp on Elm Creek near the fort. The following year, more Black Seminoles arrived. The first group of scouts carried out their tracking duties so well that Major Bliss raised the number of enlistees to 31 by the end of 1871.

He also elevated them to permanent military status by supplying them with arms, ammunition, and rations and paying them the standard salary of privates in the regular army. Successful operations along the Rio Grande attracted the attention of other officers. In July 1872, Lieutenant Colonel Wesley Merritt prevailed upon Major Bliss to transfer some scouts and their families north to Fort Clark at Brackettville. 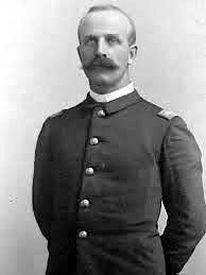 Their first permanent commander was Lieutenant John Lapham Bullis, a white Quaker from New York State who had been an officer in the 118th U.S. Colored Infantry during the Civil War. Lieutenant Bullis eagerly accepted the assignment in 1873. Despite his inexperience in dealing with Indians, the 32-year-old officer quickly proved his mastery of the situation, succeeding by gaining the respect of his men by undergoing privations in the field with them and looking out for the needs of their families. The scouts saw most of their action under Bullis, who recognized their exceptional toughness, skills, and character.

Within a few months after Bullis took command, they played a key role in Colonel Ranald S. Mackenzie’s May raid against a hostile Kickapoo camp near El Remolino, Coahuila, Mexico.

The expedition relied heavily on the Black Seminoles and other scouts to prevent contact with Mexican soldiers and to assure a speedy withdrawal once the mission was accomplished. In performing this duty, the scouts gained Mackenzie’s respect. He employed them a year later in his campaign against Comanche and Kiowa camps in Palo Duro Canyon in the Texas Panhandle. There, the scouts demonstrated their skills as trackers and fighters even beyond the familiar terrain of South Texas and northeastern Mexico. After these events of the Red River War, Indian threats to West Texas were greatly reduced. However, small raiding parties occasionally left the reservation near Fort Sill, Indian Territory, or crossed the border from their mountain refuges in Mexico. Between 1875 and 1881, the Black Seminole scouts spent much time on the trail of these small raiding parties.

The most famous engagement of the Seminole Scouts happened on April 25, 1875, near where Highway 90 now crosses the Pecos River. Lieutenant John L. Bullis and three of his scouts had tracked a group of 25 to 30 Indians for four days, catching up to them as they crossed the Pecos River with a herd of about 75 horses. The scouts dismounted and crept undetected to positions within 75 yards of them. Bullis identified the Indians as Comanche and attacked, killing three and wounding a fourth. After being pinned down for 45 minutes, the Comanche sized up the scouts’ locations and numbers, flanked them, and counter-attacked. 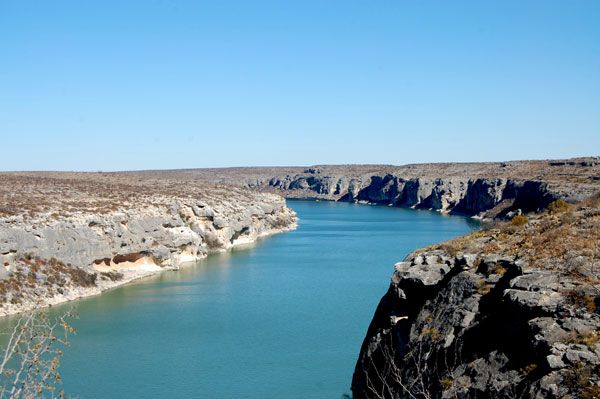 As Trooper Pompey Factor and Trumpeter Isaac Payne provided cover fire, Sergeant John Ward rode to where Bullis was trapped and pulled him up onto the back of his horse, saving his life. Soldiers Ward, Factor, and Payne were each awarded the nation’s highest commendation for valor in combat, the Congressional Medal of Honor. The same award had previously gone to Private Adam Payne for his gallantry in the Red River War.

Despite their celebrated service record, the scouts soon began to suffer several significant setbacks – the pushing of their removal from the land where they lived near Fort Clark so that it could be opened to public sale. They also had several confrontations with John King Fisher’s gang members around Brackettville, Texas, resulting in some of them being killed. In 1882, Lieutenant Bullis was transferred to Indian Territory. Without his influence, rations were reduced to the scouts. Despite indirect congressional lobbying efforts by Bullis, Mackenzie, Colonel Edward Hatch, and even General Philip H. Sheridan, commander of the Military Division of the Missouri, they failed to secure what the Black Seminoles needed most – title to their land near Fort Clark. As a result, many of them left the ranks.

In August 1914, the last 16 Black Seminole scouts were mustered out of service. For over four decades, between 1872 and 1914, the scouts protected the West Texas frontier from marauding Apache and Comanche Indians. During this time, 26 major missions resulted in 12 battles. Not a single one of them was ever wounded or killed in combat. Today the Army’s elite Special Forces use the crossed arrows insignia of the Indian Scouts.

The graves of all four Congressional Medal of Honor recipients and numerous other family members and scouts are interred in the Seminole Negro Indian Scout Cemetery, west of Fort Clark. It is located on FM 3348, 3.1 miles south of Highway 90. 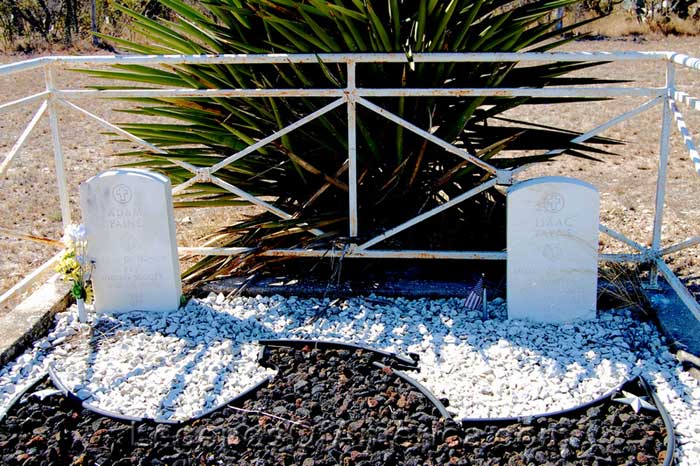 Seminole Canyon, northwest of Del Rio, Texas, gets its name from these brave soldiers, who often used a watering hole here as a campsite while on patrol.