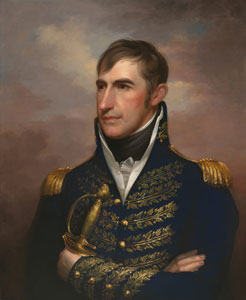 William Henry Harrison was an American military officer and politician who served as the ninth President of the United States. He is known as the president with the longest inauguration speech and the shortest term – he was Commander in Chief for only 30 days, 12 hours, and 30 minutes.

The last president born as a British subject in the Thirteen Colonies, William was born to Benjamin Harrison V and Elizabeth Bassett Harrison on February 9, 1773, at Berkeley Plantation on the James River in Charles City County, Virginia. He was the seventh and youngest child of Benjamin and Elizabeth Harrison, a prominent political family of English descent whose ancestors had been in Virginia since the 1630s. His father was a Virginia planter and Founding Father who served as a delegate to the Continental Congress and signed the Declaration of Independence. His father also served in the Virginia legislature and as the fifth governor of Virginia during and after the American Revolutionary War.

William was tutored at home until age 14 when he attended Hampden–Sydney College, a Presbyterian college in Virginia. He studied there for three years and received a classical education, including Latin, Greek, French, logic, history, and debate. His Episcopalian father removed him from college, possibly for religious reasons. After a brief stay at an academy in Southampton County, Virginia, he went to Philadelphia, Pennsylvania, in 1790 with his elder brother Benjamin.

In the spring of 1791, William’s father died, and he was placed in the care of Robert Morris, an intimate family friend in Philadelphia. He briefly studied medicine at the University of Pennsylvania, but when his older brother inherited their father’s money, he lacked the funds for further medical schooling.

Harrison then switched interests, and with the influence of his father’s friend, Governor Henry Lee III, he embarked upon a military career. He soon obtained a commission as ensign in the First Infantry of the Regular Army and headed to the Northwest, where he spent much of his life. 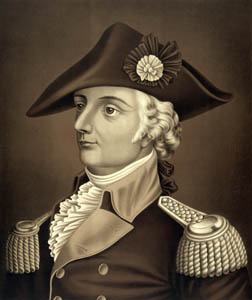 Harrison served as aide-de-camp to General “Mad Anthony” Wayne during his early military career at the Battle of Fallen Timbers in 1794. This American military victory ended the Northwest Indian War and opened most of the Ohio area to settlement.

Harrison met Anna Tuthill Symmes of North Bend, Ohio, in 1795 when he was 22. She was the daughter of Anna Tuthill and Judge John Cleves Symmes, who served as a colonel in the Revolutionary War and a representative to the Congress of the Confederation. When Harrison asked the judge for permission to marry Anna, he was refused. The couple waited until Symmes left the area for business, eloped, and were married on November 25, 1795. They honeymooned at Fort Washington since Harrison was still on military duty. Judge Symmes confronted him two weeks later at a farewell dinner for General Anthony Wayne, sternly demanding how he intended to support a family. Harrison responded, “by my sword and my own right arm, sir.” The couple would eventually have ten children.

He resigned from the Army in 1798 and became Secretary of the Northwest Territory. In 1799, he was its first delegate to Congress and helped obtain legislation dividing the territory into the Northwest and Indiana Territories. In 1801 he became Governor of the Indiana Territory and negotiated multiple treaties with American Indian tribes, with the nation acquiring millions of acres. His primary role as Governor of Indiana was to represent the needs of new settlers in the Indiana Territory and American Indians already there.

However, those responsibilities were contradictory. Harrison couldn’t ensure the rights of American Indians while protecting the interests of the American government and expanding territory. He chose the latter as his focus, seizing millions of acres of land from the American Indians, including two million acres along the Wabash River in 1809, claiming land that would become the states of Indiana and Illinois. This allowed settlers to press forward into the wilderness. When the Indians retaliated, Harrison was responsible for defending the settlements. The threat against settlers became serious in 1809. An eloquent and energetic Shawnee chief, Tecumseh, with his religious brother, the Prophet, began strengthening an Indian confederation to prevent further encroachment. 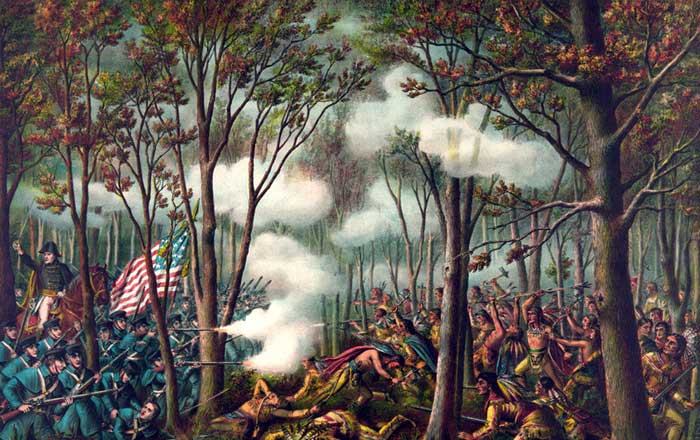 Battle of Tippecanoe, Kurz and Allison, 1889

In 1811 Harrison received permission to attack the confederacy, and while Tecumseh was away seeking more allies, Harrison led about 1,000 men toward the Prophet’s town. In the early dawn of November 7, 1811, the Indians attacked his camp on the Tippecanoe River in present-day Indiana. After heavy fighting, Harrison repulsed them but suffered 190 dead and wounded in the Battle of Tippecanoe.

Though this victory disrupted Tecumseh’s confederacy, it failed to diminish Indian raids. By the spring of 1812, the Indians were again terrorizing the frontier. Harrison was promoted to brigadier general in the Army during the War of 1812. At the Battle of the Thames, north of Lake Erie, on October 5, 1813, he defeated the combined British and Indian forces and killed Tecumseh in Upper Canada. Afterward, the Indians scattered, never again to offer serious resistance in what was then called the Northwest. 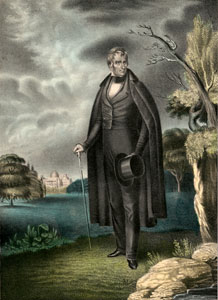 The Whig Party, in need of a national hero, nominated him for President in 1836. However, he was defeated by Democratic vice president Martin Van Buren. Four years later, the party nominated him again, with John Tyler as his running mate, under the campaign slogan “Tippecanoe and Tyler Too.” Harrison defeated Van Buren in the 1840 presidential election, making him the first of only three Whigs to assume the presidency, the others being Zachary Taylor and Millard Fillmore. He won by a majority of less than 150,000 but swept the Electoral College 234 to 60. When he arrived in Washington in February 1841, Harrison let Daniel Webster edit his Inaugural Address, ornate with classical allusions.

The oldest President to be elected at the time, he caught a cold that developed into pneumonia before he had been in office a month. On April 4, 1841, he died — the first President to die in office — and with him died the Whig program. Dying just 31 days after his inauguration, he had the shortest presidency in United States history. A brief constitutional crisis resulted as presidential succession was not fully defined in the United States Constitution. After resolving an ambiguity in the constitution regarding succession to the powers and duties of the office, Tyler became president.

Harrison was initially buried in the Congressional Cemetery in Washington, D.C. In June 1841, his remains were removed for transport to their final resting place in North Bend, Ohio. The Harrison family chose a site at the crest of Mt. Nebo on the family estate, and the interment occurred on July 7, 1841. The William Henry Harrison Tomb State Memorial is the final resting place of William Henry Harrison, his wife Anna Harrison, and his son John Scott Harrison,

William Henry Harrison was the paternal grandfather of Benjamin Harrison, the 23rd president of the United States. 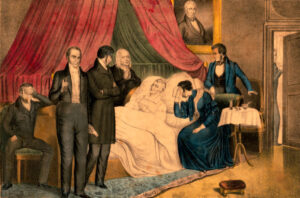