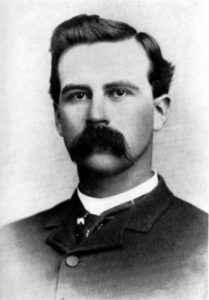 Jeff Davis Milton was an Old West lawman who served for more than 50 years.

However, at the age of 15, he moved to Texas where he worked as a cowboy before lying about his age and joining the Texas Rangers in 1878. After spending four years as a ranger, he moved through west Texas, working as a sheriff’s deputy in various places before landing in southern New Mexico in 1884, where he soon became a U.S. Deputy Marshal.

For the rest of his life, he would hold various law enforcement positions in Texas, New Mexico, and Arizona before retiring in Tombstone, Arizona, in 1932. Milton captured several outlaws during his career, including William E. Walters, aka Bronco Bill. He also killed John “Three-Fingered Jack” Patterson. A fearless officer and a master at firearms, Milton’s lawman career spanned more than half a century. He died on May 7, 1947.