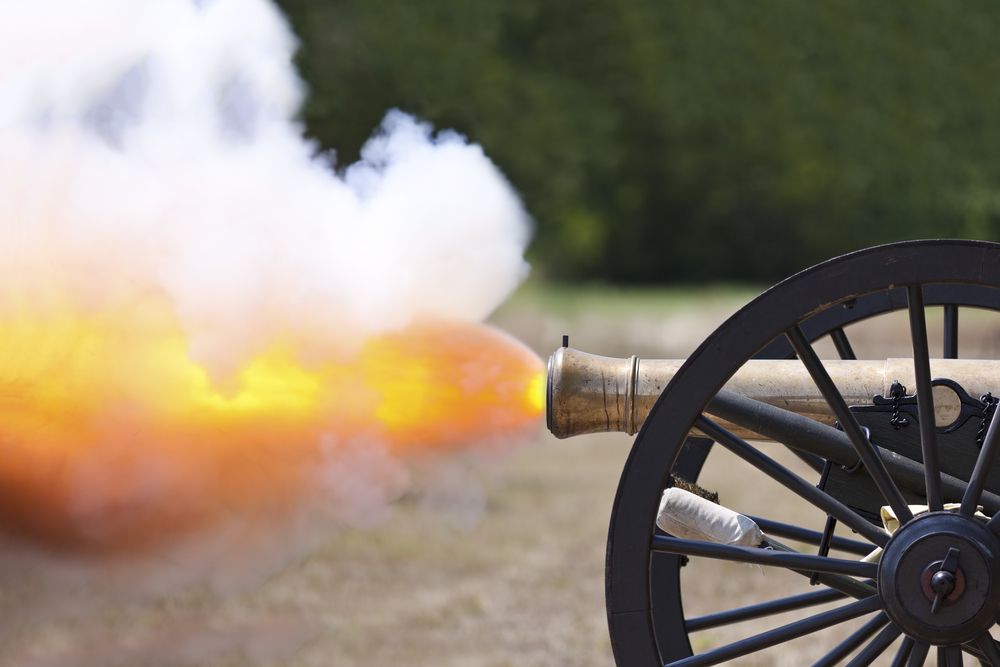 The Civil War is a fascinating piece of our country’s history. It was a time when the nation was divided and an entire portion of America tried to break away to create their own country. Reflect on a time when fellow countrymen turned on their own brothers and sisters as a result of differing beliefs and policies. It is important to pay our respects to those who lost their lives in the war. For history buffs, the Civil War is one of the most interesting narratives. If you’re looking to explore some of the historic sites associated with this time period, you can plan a visit to Charleston, South Carolina, where the first shots of the war rang out. If you’re really feeling ambitious, you can even turn your trip into a Civil War road trip and visit some of these other important sites.

A Brief History of the Civil War

The Civil War first began when a group of military cadets from the Citadel in Charleston, South Carolina shot at a U.S. ship that was headed to Fort Sumter with supplies. Though these were technically the first shots of the Civil War, the first battle didn’t begin until three months later when Confederate forces attacked the same fort and overtook it from the Union. For the next four years, battles waged on between Union and Confederate forces over the issue of states’ rights to own slaves. By 1865, the Union’s many advantages, including a greater number of people and resources, helped to win the Civil War.

The South underwent a period known as Reconstruction during which they had to rebuild their homes and lives around a new economy that no longer relied on free labor. Unfortunately, for the newly freed slaves, this time period still took advantage of the many previously enslaved people who were brought forcibly to America, leading many of these people to flee North. 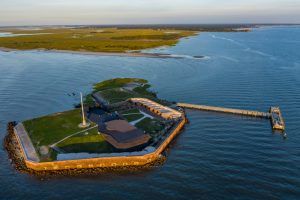 Drone View of Fort Sumter at Sunrise. Photo by George A. Kenna

One of the most historic sites of the Civil War, Fort Sumter was a hotbed of conflict and the place where the war began. When visiting Charleston, South Carolina, you should plan to take a trip out to Fort Sumter and learn more about its role in the battle. To get to the fort, you must sign up for a tour, which includes a ferry ride across the Charleston Harbor. Once you’ve arrived at the destination, a National Park Ranger will provide more information on the site before allowing you to explore the grounds. Here, you’ll discover the rubble remains of some damaged areas of the fort along with original cannons and other machinery used to defend the area. If you embark on the final tour of the day, you can also take part in the flag-lowering ceremony.

The Battle of Gettysburg is one of the battles that people are most familiar with as it was also one of the most important. In 1863, right in the middle of the Civil War years, Robert E. Lee led Confederate troops to Pennsylvania to invade the North. The previous Battle of Chancellorsville in Virginia allowed the Confederates a major advantage as they defeated Union troops. However, the Battle of Gettysburg marked an important turning point as the Confederates lost the battle and, sadly, a large portion of their troops.

When you visit the national park, you can explore the battlefield and learn more about the events that unfolded in this very location. Throughout the park, there are monuments and information plaques, but guided tours are offered as well. Several different tours are offered all year long varying in length from 45 minutes to two hours. These experiences offer a more in-depth look into the battle and allow you to visit specific, important locations on the field.

The Battery in South Carolina

Charleston, SC is brimming with historic Civil War sites. When visiting the holy city, the very tip of the peninsula, known as the Battery, is a popular place to go for an evening walk. You can gaze out into the harbor or admire the many spectacular mansions that line the street. There is a beautiful garden here called White Point Gardens where you can spend some time relaxing or enjoying a picnic. However, this outdoor space is also a historic site. This is the very spot where those Citadel cadets took aim at an incoming Federal ship and thus kick-started the war between the North and the South. 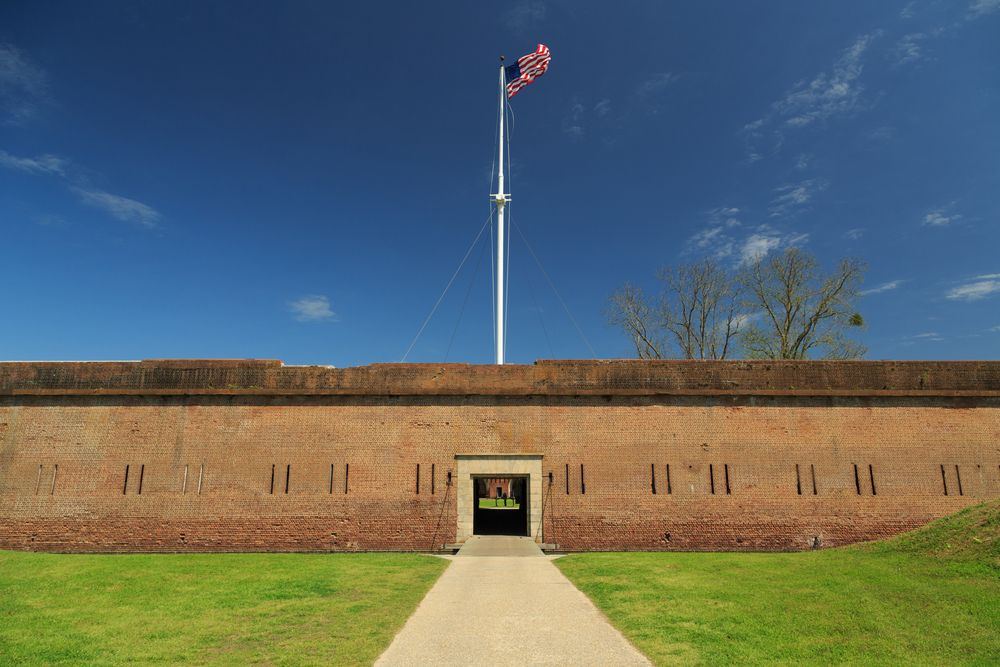 Savannah, GA is home to three different important and historic forts that played roles in the Civil War. If you’re making a trip to the Southeastern coast, you could plan to spend time in Charleston, South Carolina, and then make the short drive to Savannah, Georgia. In both locations, you’ll find many historic sites and get a taste of Southern culture and cuisine. Savannah is home to Fort Pulaski, Fort McAllister, and Old Fort Jackson, each of which was involved in the Civil War. Fort Pulaski is the most popular site to visit and is located near the Savannah River. During your visit, you can explore the many hiking trails and learn more about the fort and how it fell to the Union troops.

If you want to tour all of the forts in Savannah, make the short trip from Fort Pulaski to Old Fort Jackson. Another unique national landmark, Old Fort Jackson features guided tours and even regular cannon firing demonstrations. The third and final fort you can visit in Savannah is Fort McAllister. This destination is about an hour away from Savannah and technically located in Richmond Hill, though it was used to defend the city of Savannah during the war.

Experience the History of the South

Whether you’re visiting Charleston, South Carolina, or Gettysburg, Pennsylvania, you’ll discover an intriguing history. Each of these destinations played a major part in one of our country’s more historic battles. History buffs will certainly want to make a point to visit Fort Sumter and the Gettysburg National Military Park, amongst other historic sites. When you take a trip to these areas, you’ll get a greater sense of what the actual battles were like and learn more about how the events unfolded.