For years, newspapers, locals, and especially farmers have lamented the downward spiral that agriculture has taken over the last century. I heard it as I was growing up in Ulysses, Kansas. I heard it in the news when I moved away from that small town. I continue to hear it on economic updates. But, what I don’t think I ever fully realized, were the ghost towns that the agricultural decline has made across agricultural states. 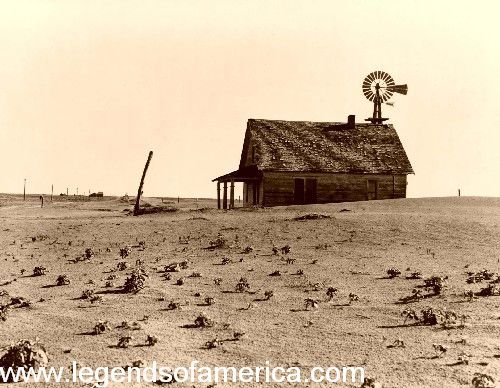 We’re all familiar with mining ghost towns, historic cow towns, Route 66 ghost towns, and others that died industrial deaths. Many died when the railroads were removed as the population moved to automobile travel. But, the farming ghost towns are something new to me, even though I grew up in the midst of them. To consciously see these dying towns that litter the vast plains is a whole other thing altogether. I mean – really see them.

Friends still live in that small town in southwest Kansas that I grew up in, which, fortunately for them, is not one of the many ghost towns of the plains, as it has other resources such as oil and gas.

As to the many other towns without additional economic venues, I’ve passed by them dozens of times on my way back for a visit, without giving a second glance, much less, a second thought. 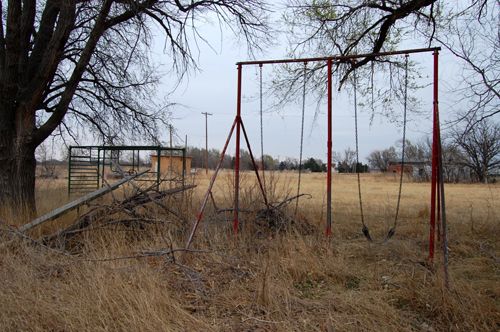 For whatever reasons, I am enamored with old schools and playgrounds, so often found in these emerging ghost towns. This old playground in Nekoma, Kansas sits silent today, as its swings and teeter-totters sway in the gusts of the Kansas wind. Kathy Weiser-Alexander.

However, that changed recently as I intentionally set out on a trip across Kansas for a more in-depth look at Kansas’ small towns, many of which I have to categorize as “emerging ghost towns.” My photographer’s eye sends flutters of excitement through me at the opportunity for shots of crumbling buildings, old trucks, and tractors, and boarded up businesses. My mind thrills with the anticipation of learning the history of these old settlements, checking out historic cemeteries, and as always, wondering about the people that once thrived in the paint-peeling houses, boarded-up buildings, and crumbling barns.

But, on this trip, the excitement is dampened as these are “new” ghost towns. Those people that once prospered in the now decaying structures might very well be my father’s friends, they were certainly the parents or grandparents of people I know, many are still alive – living down the street watching their towns crumble around them.

Though I love to visit ghost towns and photograph old buildings, it’s so much different when you can actually relate to the people who once lived and still reside there. Definitely not the same as visiting an old mining town that thrived a century ago. My heart aches for those people who put their lives into building businesses, farms, and beautiful homes that now stand, paint peeling and windows broken without a potential buyer in sight. The farms are still there – most very big. A few “plots” are small; like the ‘ole days, but of those, their homes are generally in the same condition as the towns they are near.

Though this may be the first time I’ve really noticed these emerging “ghost towns,” this is not a new phenomenon. From North Dakota to theTexas Panhandle, and to the east and the west, small towns of the Great Plains have been declining in population for 75 years. 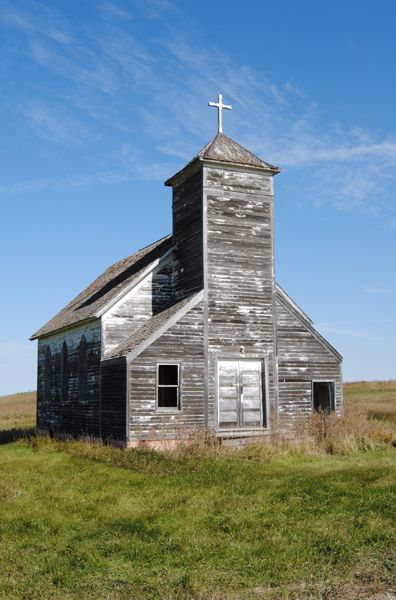 During the great days of westward expansion, the American West was born not only of cowboys, railroaders, miners, lawmen, and outlaws; but, more importantly, and often overlooked, were the many homesteaders and businesses who supported them, who provided the backbone of these many dying communities.

Rarely, do we hear about those hardy people in modern writings, but it was their work ethic and values that were primarily responsible for establishing these many Main Streets, schools, churches, and homes that too often, sit abandoned today.

The decline of the farmer began in the 1930s after the Great Depression when many lost their land due to heavy debt. The dustbowl days drove more from their lands, leaving in their wake, thousands of acres of abandoned land.

On its heels; however, came progress – better machinery, hybrid seeds, large irrigation systems. With enhanced technology, those farmers who remained could handle more land than they could in the past and the farms got bigger and bigger over the years. But, the agricultural operations could no longer support all of the children, as it took less manpower, and the offspring began to move away.

When farms get bigger, there are fewer farmers on the same amount of land. This obviously affects the small towns that support them – the grocery and hardware stores, the doctors and lawyers, churches and schools. As the population falls, these operations eventually close or move to other locations. 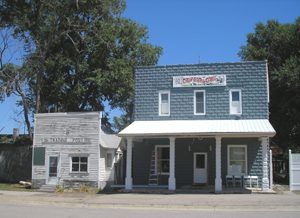 And, what is left, as the children move to the cities in search of jobs and the merchants relocate their businesses elsewhere? Abandoned buildings and homes with no potential buyers, and the elderly who have spent their lives in the community and want to stay. Eventually, they too will pass, again leaving no buyers and the town, without the commitment of hard-working and enthusiastic residents fades more and more.

I spoke to a gentleman in this predicament who had recently abandoned his spacious house and was now living in a trailer home. “Why,” I asked, to which he responded, “I can’t afford the upkeep on the old place. It was cheaper to buy the trailer.” One cannot argue individual needs, and most of these little towns don’t have “enough to offer” in a historical perspective to qualify for any type of historic preservation grants or funds.

Amazingly, some of these small towns, however, have pulled themselves up by the bootstraps and survive by remaking themselves into “boutique communities” with their historic buildings occupied with antique shops and a quaint restaurant or two. One great example is Paxico, Kansas, which continues to preserve its historic buildings with individual enterprises, festivals, and events that draw tourists and helps to keep the town alive. 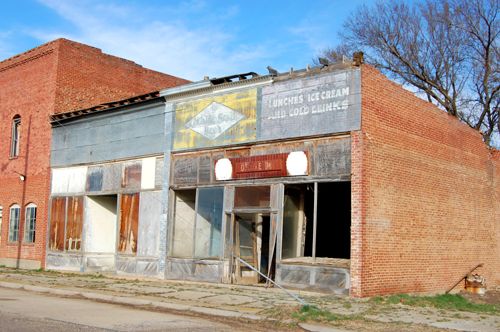 The east side of Main Street in Barnard, Kansas has not fared well. Across the street; however, the post office and a bank are still in business, by Kathy Weiser-Alexander.

This effort started with one individual several years ago and spread enough to keep the town from becoming a total “ghost.” The locals; however, said that there are many in the community that would have preferred that Paxico had never developed into a “tourist attraction.” It might be surmised that some of these little places have totally died due to the resistance to change of the residents themselves. In the meantime, Paxico continues and has a population of about 200 today.

It is interesting to observe in these many small towns, what their final open businesses are. In many cases, if the location is situated on a railroad, the only open business is the grain elevator. Others that have faired a little better, may have a post office, and interestingly, a bank (perhaps some of the national financial institutions could take some lessons from these small-town banks.) One such place is Barnard, Kansas, where the bank and the post office still survive, surrounded by a number of abandoned businesses on its lonely Main Street. If the community is close to a major highway, it might provide a convenience store/gas station. A few, if there are any service businesses left at all, still have a beauty/barbershop. And, in yet more, the only remaining business is a saloon. Fascinating to see the priorities. 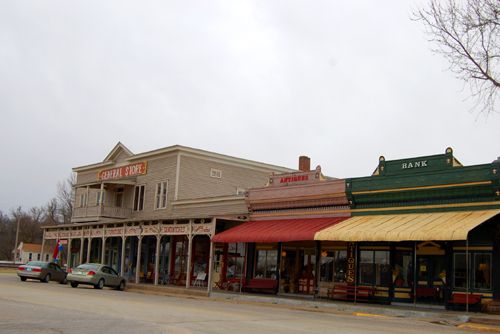 Paxico, Kansas has “rebuilt” itself into a boutique and antique community, by Kathy Weiser-Alexander.

But, for many other small towns, little is left but crumbling buildings and weed-choked yards. For some, their fate is even worse. Unfortunately, I inadvertently stumbled into one small Texas town called Lela as I took a detour off of I-40. Once on old Route 66, it was one of the few little towns I hadn’t yet visited. Taking photos, stopping often, and making notes, I was approached by a burly young man who came bounding out of a house that was so dilapidated it had no business hosting any occupant other than rodents. He came directly to the car, sure that I was there to see him for some purpose. After convincing him I was only there to take a picture of the old church across the street, I high-tailed it out of town. Later, I received a lecture from my brother-in-law about how dangerous it was to have been in this tiny community, which is known to be filled with meth labs and drug addicts.

Adventurer that I am, in some ways I can be quite naïve. Unfortunately, it hadn’t dawned on me that these small towns have, in some cases, become a haven for drug houses that operate their businesses “under the radar.” If I was sad to see the condition of these old towns before, it was heart-breaking to discover that they have sometimes become havens for criminals. I’ve had other “scary” experiences in some of these old places before — being approached by odd characters, and being followed on foot and in vehicles. Though sometimes, these folks are just looking after the property, other times their intentions were unclear.

I’m more cautious now. I don’t venture into ghost towns by myself anymore, even though I’m drawn to their desperate beauty. I’m enticed by the history, the old “homesteading” mentality, the work ethic, pioneer spirit, the memories. In some cases, I’m thrilled to find exactly that, in others, the town has fallen into such despair that only the lowest of the low will inhabit it. If nothing else, I think that I have seen first-hand, some of the reasons that a place becomes a true “ghost town.” 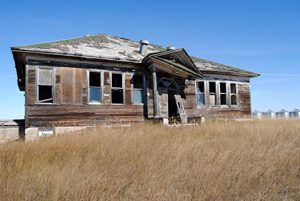