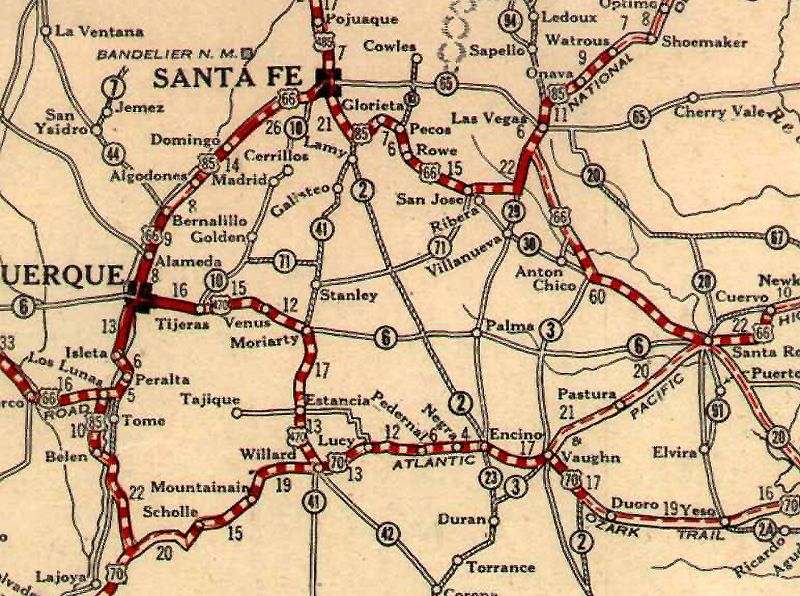 The area was first explored by the Spanish conquistador, Francisco Vázquez de Coronado, who is known to have passed through Pecos to the north and Santa Rosa to the southeast in 1540.

In May 1822 the Mexican land grant of Anton Chico of 380,000 acres was made to Manuel Rivera and 36 other men who applied, and soon several communities sprang up in present-day Guadalupe and San Miguel Counties of New Mexico. Some of these communities were located on the Pecos River and others, including Dilia, were located on the Acequia del Bodo Juan Paiz canal. It is unknown whether this canal was built by local Indians or the Mexicans of the land grant. 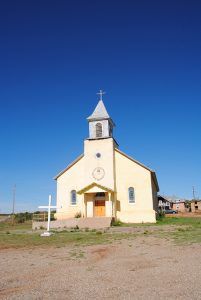 The first community built at this site was named Vado de Juan Paiz probably during the land grant period, at which time the inhabitants farmed and grazed sheep and cattle. However, many of these settlements were short-lived due to the constant raids of the Apache and Comanche Indians.

The “new” town of Dilia was probably established in the late 19th century, as its Sacred Heart Church, also known as the Sagrado Corazon Church, was built in 1900. The town was said to have been named for the daughter of one of its settlers. The community received a post office in 1911, which lasted until 1968, at which time residents received their mail from La Loma, about four miles west on the Pecos River.

Route 66 came through the town in 1926, no doubt, boosting its economy. However, the town remained small because it does not appear on the 1927 Road Map printed by Rand McNally. The Automobile Blue Book described the section between Santa Rosa and Romeroville as “gravel, sandy dirt, and stone, some of which is poor.”

Dilia was bypassed by Route 66 in 1937 with the new alignment made a more direct route to Albuquerque from Santa Rosa.

Several old buildings remain in this near ghost town which has no open services. However, the Sacred Heart Church is still active. It is located about a block west of US-84, on NM-119.

Route 66 continues north on U.S. 84 for 26 miles north to Romeroville. There, it meets up with I-25, turns southwest and follows the old Santa Fe Trail to Pecos through the Pecos River Valley. 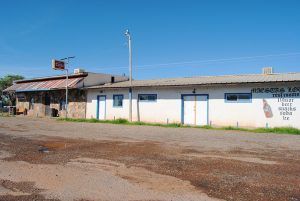