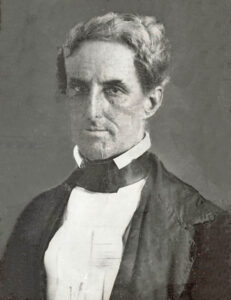 Charles Keemle was a journalist, fur trader, and Indian fighter.

Keemle was born in Philadelphia, Pennsylvania, in October 1800. The son of a Philadelphia ship captain, the family lived in Norfolk, Virginia, when his mother died in 1806. Afterward, the boy was left in the care of a maternal uncle. Charles then began an apprenticeship in the printing trade in the office of the Norfolk Herald under James O’Connor. Keemle’s training was interrupted when he joined the 1st Company of the 8th Virginia Militia Regiment during the War of 1812.

In the summer of 1814, Keemle met Samuel Dillworth, a journeyman printer from Petersburg, Virginia, who had been dispatched with the 39th Virginia Militia Regiment. In 1816, Keemle and Dillworth set up a job-printing office in Norfolk. Before long, they took on a new customer named Samuel K. Jennings, who contracted the men to print an instruction manual of a patented therapeutic bath. In talking with Jennings, Keemle and Dillworth learned that printers and newspapers were scarce in Indiana, where his brother, Jonathan Jennings, had just been elected as that state’s first governor.

Over the winter, the partners moved their job press to the frontier town of Vincennes, Indiana, and soon began printing a weekly newspaper called the Indiana Centinel. In direct opposition to the long-lived Western Sun, the two newspapers immediately contended for dominance, with the Centinel lagging behind. Though Dilworth was fully committed, Keemle quickly soured on their subordinate role in the frontier village and left the office after just four months.

He then moved west to St. Louis, Missouri, in August 1817, where he found work on the Emigrant newspaper, the second paper west of the Mississippi River. A year later, he was still there when the ownership changed, the paper was renamed the St. Louis Enquirer, and he became the editor.

In August 1820, Keemle went to work for the American Fur Company as a clerk and spent the winter trading with the Kanza tribe on the Kansas prairie. He then went to work for the Missouri Fur Company and accompanied them on an expedition to the Yellowstone River. He lived and traded in the Rocky Mountains for the next three years and was chosen as Colonel of his band of trappers. On May 31, 1823, he barely survived a Blackfoot Indian attack that killed seven and wounded four other trappers near the headwaters of the Missouri River. Later that year, he took part in Colonel Henry Leavenworth’s indecisive attack on the Arikara Indians. That winter, he wintered with Crow Indians. He returned to St. Louis in the fall of 1824.

Returning to journalism, he was involved in the founding or operation of several newspapers over the next 30 years. In his first effort, conducted with Stephen W. Foreman, the partners bought the St. Louis Enquirer in January 1825. The paper openly supported U.S. Senator Benton and his allies in the state. Keemle and Benton enjoyed a close relationship for more than 20 years before they eventually parted company over the issue of slavery.

Keemle opposed the presidential candidacy of Andrew Jackson, and following Jackson’s inauguration in 1829, he renamed his Missouri Herald to the St. Louis Beacon and ramped up its rhetoric. This led to a libel suit brought against him in 1830 by Stephen W. Foreman, an uncompromising Jackson supporter. Resulting in a judgment against Keemle of $5000 in April 1831, which undermined his finances and health. In December 1832, Keemle announced the closing of the Beacon and his retirement from journalism due to illness.

On October 7, 1833, he married Mary Oliver, the daughter of a prominent Philadelphia family. The couple would eventually have three children.

In the 1830s, Keemly became friends with Joseph M. Field, a writer and journalist, and Noah Miller Ludlow, an actor, and theatrical manager. Keemle contributed heavily to building the $30,000 Ludlow Theater in 1837 and even acted in a benefit performance. 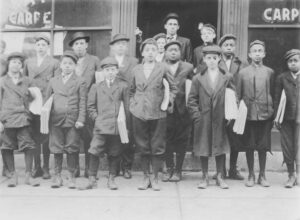 In August 1834, he bought the St. Louis Times, which Foreman had edited, in a marshal’s sale and then closed the paper at year’s end. He then used equipment to open a new job-printing office.

In 1838, Keemle partnered with Alphonso Wetmore to publish the first literary weekly in the Missouri Saturday News in St. Louis. Five years later, he began a similar but more successful venture, the Reveille, with brothers Joseph and Matthew Field, a widely known poet and travel writer. The paper quickly earned a national reputation and included prominent contributors.

In 1849, Keemle decided to retire from journalism again, this time for good, and sold the Reveille to the owners of a local Democratic paper, who merged the two journals. While the sale marked the end of Keemle’s journalism career, his job press continued until at least 1857. In the meantime, he was elected as Recorder of Deeds for St. Louis County in 1853 and served until the outbreak of the Civil War in 1861. Keemle then retired from public life.

During his lifetime, he refused several offered appointments to serve as an Indian Agent and offers for public office. He also witnessed St. Louis grow up from a French village of about 4,000 residents to nearly 200,000.