Ninety miles southeast of Tucson, one of the world’s richest mineral sites resulted in what was once the largest city between St. Louis and San Francisco. 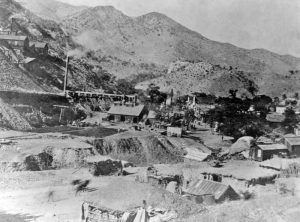 Bisbee, Arizona, got its start as a mining camp after army scouts and cavalrymen found a good-looking rock in the Mule Mountains’ Tombstone Canyon in the fall of 1877. After a few claims were filed, the area quickly began filling up with prospectors and all that comes with them. By 1880, the mining camp known as Mule Gulch became a town and was named after Judge Dewitt Bisbee, a financial backer of the area’s Copper Queen Mine, the largest claim at the time.

The first killing was that same year after a Mexican man was shot in a local eatery by mistake as an unknown assailant was trying to kill the woman waiting tables. The first lynching happened two years later when another man, drunk on whiskey, shot up a dance hall, killing one and wounding two others. Similar incidents and lawlessness would prevail for several years as the town slowly grew more civilized. 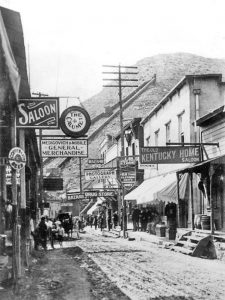 German-Swiss immigrants in the town founded the first breweries on what became known as Brewery Gulch on Brewery Avenue in 1881. According to Jim Barnett, long time Bisbee resident and Bisbee historian, the Gulch at first was made up of a wood schoolhouse, Coyote Bill’s cabin next to the school, the Munche home, and a brewery owned by A.B. Seiber, who had a small adobe saloon next to the brewery. He cooled his beer in a large cellar vault dug into the mountain.

After some months of brewing, Seiber decided to have a formal naming of Brewery Gulch and invited people to free samples of his beer. Many took advantage of the offer, and by the time the night was over, someone tried to rob Seiber’s business, and at least one person, a rough and tough woman named Black Jack who had crashed the party, was shot and killed.

The first dance hall is said to have been opened by John Heath. Its opening just happened to coincide with his gangs’ robbery of the Castenada and Goldwater Store, resulting in the infamous Bisbee Massacre. Heath would later be hung from a telegraph pole in Tombstone by Bisbee vigilantes who claimed they wanted to correct a judge’s “sentencing error” of life imprisonment. The rest of his gang were “legally” hung, and all of them are buried in Tombstone’s Boot Hill. 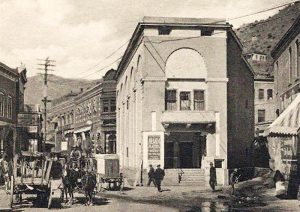 Things got better for Bisbee and the Gulch as the population grew from 400 to thousands. Brewery Gulch became famous (or notorious, some would say) as the number of saloons multiplied, at one time numbering 47. Some considered the Gulch to be the “Hottest spot between El Paso and San Francisco.” Barnett says the girls of the Gulch remain as legends of the old camp. Women like Crazy Horse Jill, who was called wildly immoral. Red Jean, known for her auburn hair, was beautiful and strong and could fight just about anyone and win, regardless of size. There was also Doc Holliday’s mistress, Kate Elder, and the previously mentioned Black Jack, who would dress like a man and was suspected of a stagecoach robbery. Ma Reilley ran a dance hall with her husband and was considered respectable as any other woman in town. The wildest dance hall in the Gulch was run by Anita Romero, who was so beautiful men were killed over her. Little Irish Mag, credited with being the first dance hall girl in Bisbee, had a mining claim named after her. And Clara Allen, who operated a brothel and owned the Club Forty-One, is said to have stayed longer than any of the other girls.

Brewery Gulch in Bisbee managed to survive many economic changes, including the railroad, which was brought into town in 1889. That meant cheaper beer could be transported in from other breweries, forcing the last of the local breweries to close. However, the Gulch saloons would continue to thrive until 1914, when Arizona became a dry state, enacting Prohibition long before the rest of the country.

The railroad also meant that the production of the many good ore bodies found could be kicked into high gear. Once known as the “Queen of the Copper Camps,” Bisbee would become one of the world’s richest mineral sites, producing almost three million ounces of Gold, over one hundred million ounces of silver, and over eight billion pounds of copper. That’s in addition to other minerals such as lead and zinc.

By the early 1900s, Bisbee’s population grew to about 25,000 and, despite Brewery Gulch, had become one of the most cultured cities in the Southwest. Officially incorporated in 1902, Bisbee was home to the first community library in Arizona, featured a popular opera house, and has the state’s oldest ball fields and even the state’s first golf course. A fire in 1908 destroyed the cities commercial district, but by 1910 it had been rebuilt and remains intact today. 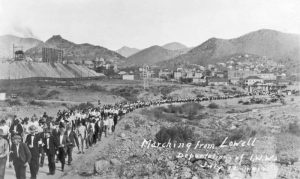 The Phelps Dodge Company became the area’s largest mining company during Bisbee’s early days, owning most of the Copper Queen Mine and buying out many others. Phelps Dodge would later become embroiled in the scandal known as the Bisbee Deportation. The incident occurred in July 1917 as Bisbee’s mining companies were trying to prevent their workers from unionizing. During the first World War, Copper’s price soared from less than 14 cents a pound to 37 cents, resulting in higher production and an influx of European immigrant workers, but without improved working conditions.

In June of 1917, the Industrial Workers of the World, or I.W.W., presented the mining companies of Bisbee with a list of demands, which included safety improvements, equal treatment of European and Mexican immigrant workers and minorities, and a flat wage to replace the sliding scale system of wages tied to the price of Copper. After every mining company refused all their demands, about half of the Bisbee workforce went on strike. 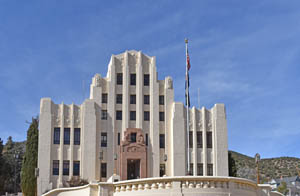 Over the next couple of weeks, tensions grew as rumors spread saying that Germans had infiltrated the unions. Anti-union organizations and miners loyal to the mining company teamed up, calling in reinforcements. Under Sheriff Harry Wheeler’s command, it began rounding up over 1,000 men in the early morning hours of July 12. Many of the men weren’t even union members, nor mine workers, and those willing to put on a white armband to distinguish them from the others were released.

Later that morning, when a train arrived, the men were loaded onto boxcars and eventually abandoned in Hermanas, New Mexico. They were left without shelter until U.S. troops arrived two days later and took them to Columbus, New Mexico, where many were detained for several months. The result of this deportation prompted U.S. President Woodrow Wilson to set up the Federal Mediation Commission to investigate, which ultimately said that the mining companies were are fault, not the I.W.W. However, no federal law applied, so they referred the matter back to the state.

Ultimately the state of Arizona took no action against the mining companies. Several civil suits against the railroad and copper companies were settled out of court. The only suit brought to trial against the vigilantes resulted in a verdict of “not guilty.” The incident is said to have boosted efforts of the I.W.W. nationwide. 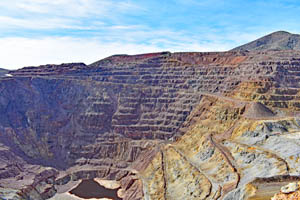 In 1929, Bisbee became the seat of Cochise County, taking that honor away from nearby Tombstone.

After World War II, a new residential suburb was built out of the canyon and about four miles away from the old town. Most of the businesses and many residents moved there, leaving many historic buildings to fall into disrepair.

The mining boom ended in the 1950s, and the population dropped to less than 6,000, however during that same time, the manager of the Copper Queen, Harrison Lavender, introduced open-pit mining, which would result in the huge Lavender Pit mine, which covers 300 acres and is a thousand feet deep, replacing what was once Sacramento Hill. It remains today as a popular tourist attraction. The Lavender Pit is also known for producing some of the finest turquoise in the world, known as Bisbee Blue.

Mining would come to an end in the mid-1970s when Phelps Dodge ceased operations. This sent Bisbee’s real estate market into collapse. The resulting cheap property attracted retirees, “hippies,” and others, who began restoring “Old Bisbee,” leading to its establishment as an official Historic District.

Today, Bisbee is known as an artist’s community and thrives on tourism thanks to its citizens’ efforts to restore the historic district. Mining also saw a small resurgence around 2007 when Freeport-McMoran Copper and Gold bought out Phelps Dodge. Bisbee’s population is about 5200 today, a fraction of the former boom days. 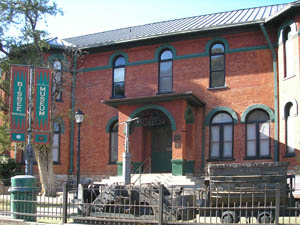 John Heath and the Bisbee Massacre