One of the earliest documented disease pandemics in the history of the American West took place when Anglo-European settlers moving westward during the 1830s and 1840s brought diseases to the Native American tribes of the Great Plains.

From earliest contacts, cultural differences and battles over land use and ownership took place between European settlers and Native Americans as explorers, pioneers, and settlers expanded westward across the continent. But, the first documented evidence of the devastation smallpox would have on tribal groups in this region dates back to the 1830s and ’40s.

Historian Paul H. Carlson in his excellent textbook, The Plains Indians, said this smallpox outbreak was traced to contact between deckhands in an American Fur Company steamboat moving up the Missouri River and members of several tribal groups living along that river, a major early trade and emigration route into the Plains and Upper Midwest. 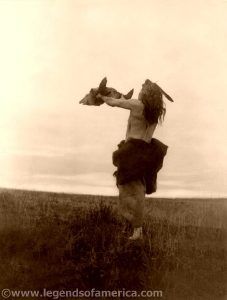 By 1837, Carlson said, thousands of Arikara, Mandan, and Hidatsa people had died. He suggested that as many as half of the Arikara and Hidatsa population of 4,500 died in this 1837 outbreak. In addition, he estimated this smallpox outbreak killed “virtually all” of the 1,600 Mandan living in the Upper Missouri River region.

Diseases that came from Europeans and wiped out villages and large numbers of Native Americans were nothing new elsewhere in America, even as early as the 1830s. Some historians suspect, in fact, that some of the early Puritans’ stories of mysterious, empty villages with full food stores which they encountered upon landing in New England were signs of smallpox and other disease epidemics that preceded the Puritans. These historians theorize that the villages were probably empty because the native people had been exposed to various European diseases by fishermen and others who had come before the recorded visits of English settlers. The villages may have been empty because the Native American villagers saw the Europeans coming and were fleeing the risk of diseases. (Historians know from fragmentary accounts and sketchy maps that Portuguese explorers and fishermen were in North American waters decades before Plymouth Colony.)

Perhaps the credit more pious Puritan writers gave to God for miraculously providing them with food and shelter was due to far grimmer circumstances, i.e., sickness and disease that killed or drove away the Indians of New England.

Later on in the history of the settlement of the Old West, during the years known to many historians as “the Indian Wars,” accounts reveal some of the more horrible, dark side of European contact with Native Americans — cases when white people intentionally infected Indian villages with smallpox and other diseases by means of abandoned blankets and clothing. Those were dark times filled with dark deeds by Europeans and Native Americans alike. 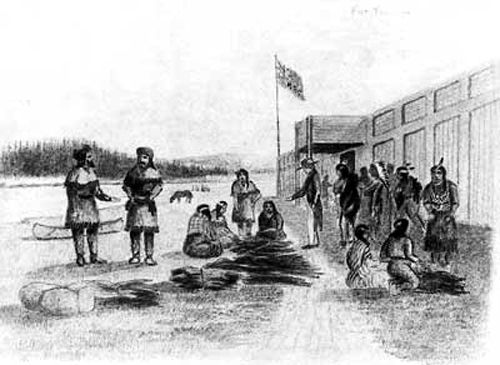 But one of the earliest traceable outbreaks of smallpox among the Plains Indians tribal groups came from the American Fur Company boat venturing up the Missouri River in the mid-1830s.

About the Author:  Gary Speer is a longtime writer and former newspaper copy editor who focuses on writing tips, Internet marketing, blogging, and a variety of topics related to outdoor living, collecting and lots of fun things! Gary offers writing tips at his blog and runs a number of affiliate marketing websites. You can find out more about disease of the Great Plains Indian groups’ battles with deadly diseases at Gary’s website, Life in the Old West.