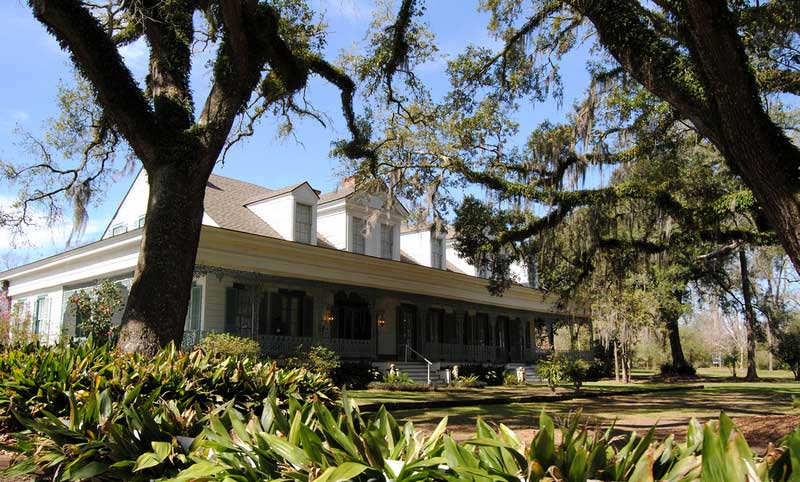 The infamous Myrtles Plantation in Louisiana is widely considered one of the most haunted places in America. Located on 650 acres of land in St. Francisville, the homestead was built in 1796 by General David Bradford. Bradford was forced to flee from President George Washington’s army in 1794, because of his leadership role in the Whisky Rebellion. General Bradford arrived in Louisiana and obtained a Spanish land grant of roughly 650 acres. A wealthy judge and businessman from Washington County, Pennsylvania, Bradford showed interest in the area before the conclusion of the unsuccessful Whisky Rebellion forced him to settle there.

What the general, along with several other future owners did not know was that before the land had been seized by the Spanish, it belonged to a local Indian tribe known as the Tunica. These Native American peoples used the land as sacred burial grounds. As any ghost hunter or supernatural historian will tell you, this type of sacrilege is a breeding ground for supernatural activity, and not usually friendly activity at that, as the spirits of the dead are never happy about being rudely disturbed.

Some years down the road, one of David Bradford’s law students and family friend, Clark Woodruff married Bradford’s 14-year-old daughter, Sarah Matilda. Woodruff was a mature 35 but arrangements like this were pretty common back then. Together the couple had three daughters, Cornelia Gale, Jane, and Mary Octavia. In 1808, after Bradford’s death, Clark and Sarah moved their family into the Myrtles home. As was the custom back then, the well-to-do in the south owned slaves. Some worked in the fields and others were house servants. One of these house servants was a young woman named Chloe. Chloe had particularly close ties to the family, as she did the cooking and took care of the Woodruff’s daughters personally. It is believed that she and Clark were having an affair. Whether Sarah Woodruff knew about this, is unknown.

Now Chloe, who had such close-knit intermingling with the Woodruffs, had the opportunity to overhear certain goings on around the homestead. Most times she would eavesdrop to find out what was going on with her fellow slaves. Things like, if there were new slaves being brought onto the property, or which slaves were to be sold or traded to another owner. But lately, Chloe was eavesdropping to find out about what was going to be happening to her. You see, as of late, she had started to suspect Mr. Clark was becoming tired of her. She figured he’d send her to the fields, rather than take a chance on her saying something to Sarah Woodruff about their torrid tryst. However, one day Chloe got caught. Her punishment was cruel. For the offence of eavesdropping, one of her ears was cut off. 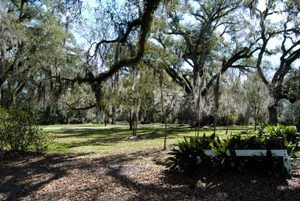 Fearing she would certainly be sent out into the fields now, Chloe hatched a plan to save her current status. She gathered some leaves from an Oleander plant and boiled them in water. This would create an arsenic-like liquid she planned to pour in the batter for a birthday cake she was making for one of the children. It is widely believed that her intention was not murder, but instead just to make the girls and their mother sick, so she could nurse them all back to health. This would make the family grateful to her and she would be able to remain on as the family’s personal servant. But Chloe’s plan went horribly wrong. She had underestimated the strength of the poisonous mixture and within a couple of hours of eating the cake, two of the girls and Sarah were dead. Chloe confessed what she had done. Then, as revenge for the two little girls, an angry mob of both black and white men and women took her and hung her from a tree on the location grounds. Woodruff stayed on until 1834 when he sold the property and moved to New Orleans. He died in 1851.

These days the Myrtles plantation has been restored and now functions as a Bed & Breakfast. Many guests of the home claim to have seen ghosts and heard sounds, such as footsteps. The ghost has been identified as the Woodruff daughters, Cornelia Gale and Jane, along with their mother, Sarah Matilda, and house servant, Chloe has also been spotted. The girls have been seen playing about the house, (usually upstairs), and on the grounds. Sarah Matilda’s ghost is seen mostly on the main staircase, walking down it as if to greet guests as they arrive. Chloe is often seen wandering about the grounds and has been seen by the tree where she was hanged.

The Myrtles Plantation is located off US 61 North, in St. Francisville, Louisiana.

By Jim Serf, 2011, Ezine Articles, with a few historical updates from the National Park Service.