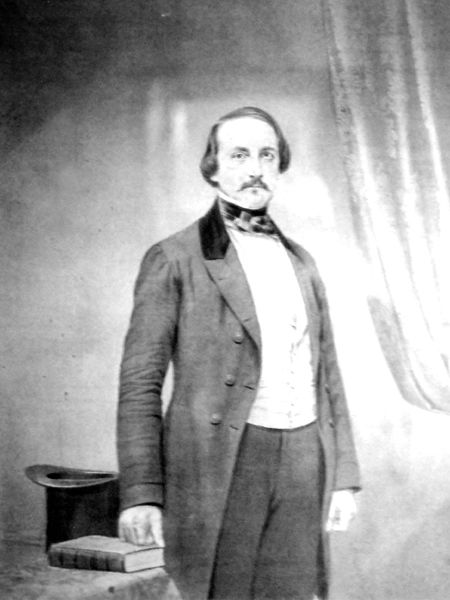 Henry Hastings Sibley occupied the stage of Minnesota history for 56 active years. He was the territory’s first representative in Congress (1849–1853) and the state’s first governor (1858–1860). In 1862 he led a volunteer army against the Dakota under Taoyateduta (Little Crow). After his victory at Wood Lake and his rescue of more than 200 white prisoners, he was made a brigadier general in the Union Army. 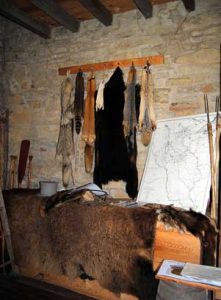 Sibley was born in Detroit, Michigan in 1811. His father later served as chief justice of the Michigan Supreme Court. At 18, Sibley joined the American Fur Company. He spent five years as manager of its store on Mackinac Island, Michigan. In 1834 he became a partner in the company’s Western Outfit, with responsibility for trade with the Dakota tribe.

Living at Mendota, Minnesota he had personal and business connections with Fort Snelling. He ran the sutler’s store from 1836 to 1839 and contracted for mail delivery from 1837 to 1839. He also maintained close ties with the Protestant missionaries who arrived in 1835.

An ardent outdoorsman and hunter, Sibley established ties with the Dakota who lived nearby. He had a relationship with a young Dakota woman who bore him a daughter, Helen, in August 1841. Sibley acknowledged the child and provided for her support and education. In 1843, however, he married Sarah Jane Steele. She was the sister of Franklin Steele, the new Fort Snelling sutler.

Sibley was deeply critical of United States Indian policy. In 1842 he lobbied hard for a treaty that would have created an Indian territory and state in what is now southern Minnesota. Later, while in Congress, he argued for the preservation of Indian land from “the grasping hand of the white man.”

The American Fur Company failed in 1842. Its demise and the rejection of a northwestern Indian territory convinced Sibley that his own and the region’s only future lay with white settlement. He began to invest in steamboats, timber, and land.

After the admission of both Iowa in 1846 and Wisconsin in 1848 as states, Sibley helped persuade Congress to create Minnesota Territory in 1849. Treaties signed in 1851 effectively dispossessed the Dakota of their lands and opened the new territory to white settlement. 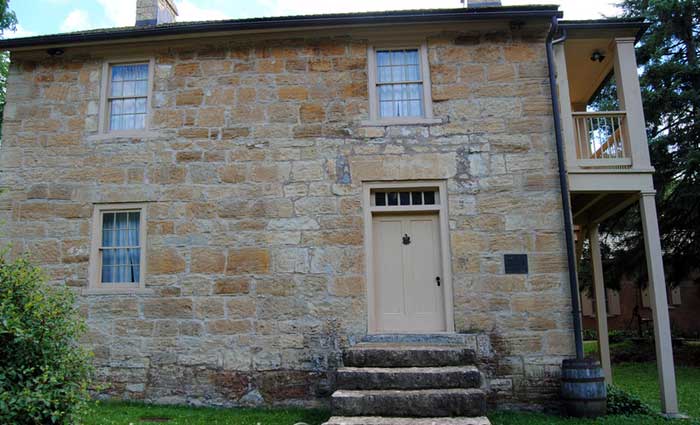 Plans for Minnesota Territory were drawn up here in the Sibley House, considered the oldest private residence in Minnesota.

Sibley played an unofficial but key role in the agreements, helping to shape the terms so that he and other former fur traders received payment of less than half of the debts they claimed. These terms and amounts were disputed by some Dakota Indians. As territorial representative, he achieved the treaties’ ratification after a bruising battle in Congress, where Southern interests opposed them.

As a politician and framer of the state’s constitution, Sibley sought to stay above partisan feuds. Although loyal to the Democratic Party, he drew away from its proslavery wing in the 1850s.

Sibley’s role in the U.S.-Dakota War of 1862 remains the most controversial aspect of his career. While working for the release of hostages, he made promises to the Dakota that he failed to keep. He had been told by Major General Pope to treat the Indians “like wild beasts” and bowed to public demands for a mass execution. 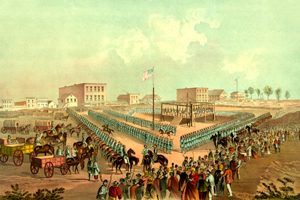 Sibley set up a military commission that conducted brief trials of Dakota prisoners. He approved death sentences for more than 300 men. Tension in the state mounted when President Lincoln limited executions to only 38 prisoners shown to be guilty of murder or rape. Despite threats of mob action, Sibley’s forces preserved order. The mass hanging was carried out according to law.

In 1863 Sibley led an expedition against the Dakota to the west, marching to the Missouri River and back. Meanwhile, he used his army position to try to protect other Dakota from the anti-Indian hysteria of white citizens. His restraint earned him abuse in Minnesota newspapers for being “soft” on Indians.

In his final 25 years, Sibley remained active as an elder statesman and civic leader. A lifelong lover of books, a scholar, and a published writer, Sibley had long contributed to the state’s cultural life. He worked with the Smithsonian Institution to publish a dictionary of the Dakota language in 1852. He was a founder of the University of Minnesota and the Minnesota Historical Society around the same time. Sibley died in St. Paul in 1891.