Mill Spring, Missouri, located along the Black River in Wayne County, in the southeast portion of the state got its start as a railroad and logging town. 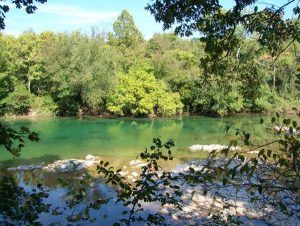 One of the first residents in the area was Captain William T. Leeper, who would become one of the most prominent men of Wayne County. Raised in Tennessee, he moved to the area in 1857 and purchased 225 acres of land. The next year, he was elected county surveyor, a position he held until the Civil War broke out. He then organized Company D, Twelfth Regiment, of the Missouri State Militia, of which he became captain.

After he returned from the war, he represented Wayne County in the State Legislature, during which time he influenced the St. Louis, Iron Mountain, and Southern Railway to extend their line through Piedmont to Mill Spring and then to Williamsville, rather than the original planned route through Patterson and Greenville. As an incentive, he donated a right-of-way through his land and even though this route required a cut through two mountains, the railroad agreed.

When the St. Louis, Iron Mountain, and Southern Railway extended its line south from Pilot Knob to Piedmont, in 1871, there was a hub of large logging operations to meet the demands of a country desperately trying to rebuild and expand after the Civil War. More familiarly called the Iron Mountain Railway, this historic line would eventually run from St. Louis, Missouri, to Texarkana, Arkansas, as well as several locations in southeast Missouri. 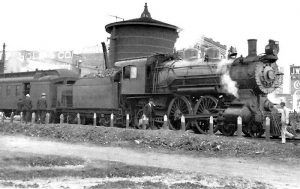 Growth centers developed very quickly along the Iron Mountain Railroad where large sawmills were quickly put into operation. The town of Mill Spring was laid out by the railroad in November 1871. Because it was situated near a natural spring that powered a sawmill, the new community was called Mill Spring. Just 1.5 miles to the northwest, Leeper Station was established on the north end of Captain William T. Leeper’s farm. The town of Leeper would be established here ten years later.

By 1872, the Clarkson Sawmill Company, which had been operating in Iron County since 1870 near the Iron Mountain tracks, moved its operations to Mill Spring and soon became the county’s largest milling operation. Clarkson’s sawmills furnished all the bridge timber and the cross ties to the Iron Mountain Railway.

A post office was established in Mill Spring in 1874 and before long, the town boasted three stores, two hotels, and a population of about 250 people. 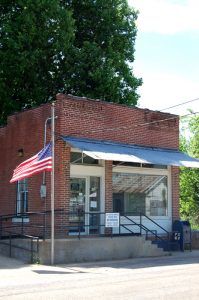 The large Clarkson Sawmill was owned by James Livingston Clarkson who was originally from Essex County, Virginia. When he was just 16, he joined the Confederate army as a member of the Ninth Virginia Cavalry under command of General J. E. B. Stuart. After the war, he spent some time in Iowa before moving to southeastern Missouri, where he established a lumber business. Clarkson was very successful and with the organization of the Williamsville, Greenville and St. Louis Railroad, he expanded his lumbering business to all parts of the Wayne County. He soon built a huge mill at Greenville, which would become the largest in the state sith some 700 employees. By 1880, the company milled four million board feet of lumber.

The nearby Leeper Station developed into the town of Leeper in 1881 when the Mill Spring, Current River, & Barnesville Railroad was built from that point to the Clarkson Sawmill Company in Greenwood. This railroad, which later became the Missouri Southern Railway, was built by the Clarkson interests for the purpose of making a rail connection between the sawmill and the Iron Mountain Railroad. Its length in 1881 was 16 miles but as the virgin timberline receded, it reached to Bunker, a distance of 54 miles. Still, it remained merely a rail junction point until the Greenwood Valley Mill burned in 1888. Afterward, a new mill was built in Leeper, and the town began to boom. One of the largest sawmills in the state, it was one of the first to use band saws. The population of Leeper soon doubled and boasted a post office, two hotels, two saloons, a school, and four mercantile establishments.

In the meantime, early in the 1890s, Dr. Richard Owens, who hailed from Tennessee, built an office and drug store on the corner of Second and Birch Streets in Mill Spring, where he also had an undertaking service housed in a room at the back. His family attended the Mill Spring Christian Church, which had been established five years earlier also on Second Street, on land donated by the Leeper family. 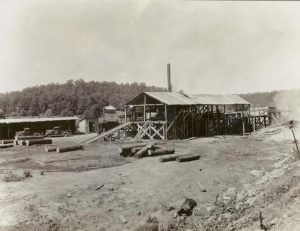 One of the most serious collisions in the history of the Iron Mountain Railroad occurred two miles south of Mill Spring January 1902 when two freight trains met head-on. Unfortunately, a flagman was sent from Williamsville to Mill Spring to flag the southbound freight but misunderstood his orders and went to Piedmont instead. When the accident was imminent, the crew of the northbound freight train saw the other one while rounding a curve, at which point its fireman and a brakeman left the train. However, on the other train, the fireman and brakeman were killed outright and an engineer was fatally injured. In addition, a car of cattle and goats, another of mules, and one of lumber, as well as two flat cars, and one boxcar were completely demolished.

Unfortunately for Mill Spring and nearby Leeper, the price of lumber dropped to such a level that large scale operations became unprofitable. Operations at the Clarkson Mill gradually slackened, and in 1905, the operation was suspended. Afterward, both towns began to dwindle and both towns turned to farming. Mill Spring continued to sport a population of 360 in 1912. The Ozark Hotel in Leeper continued to be a primary destination in the early 20th century, as it was considered one of the most elaborate resorts in Southeast Missouri. 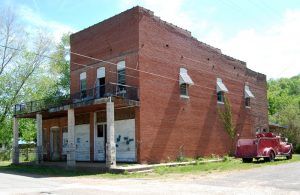 An old building in Mill Spring, Missouri by Kathy Weiser-Alexander.

One of the most famous people to ever come to the area was George Sisler, a baseball player for the St. Louis Browns. Sisler held the Major League Baseball record for most single hits in a season from 1920–2004. One year Sisler came to Leeper to visit his friend Herman Radke and do some quail hunting. It was common for Radke to load the hunters up in his Ford truck and drive down the railroad tracks. One evening, while waiting for the train to pass, Radke, Dr. Owens, Sisler, and Paul Simmons all waited in the station. Dr. Owens found a deck of playing cards and the men began to gamble on a game of poker. A short time into their game, three men barged into the station wearing masks. Two of the men were armed and demanded the poker players hand over their money, jewelry, anything of value. After the masked men left, Dr. Owens recognized one of the men, alerted authorities, and the three men were apprehended. However, during the court trial, which Sisler had to travel back for twice, the Judge determined that due to the men’s gambling, no matter how small, the robbers were innocent and set free.

Though Leeper had boomed to a larger town in the late 19th century, its famous Ozark Hotel was for sale in the 1940s and somewhere along the line, it lost its post office. Today, it is only a scattering of homes.

In the meantime, Mill Spring survived and the area continues to be called home to about 180 people. Though it is far from being an “official ghost town”, it is not the city that it once was. Unfortunately, its post office closed in 2014. 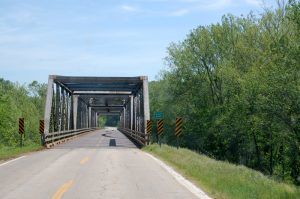