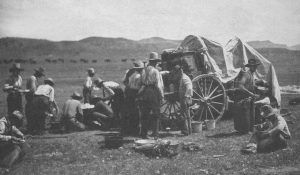 Lawman and gunfighter Dan Tucker was born in Canada in 1849. Somewhere along the line, he made his way to the American West, eventually earning the nickname “Dangerous Dan” for his deadly shooting skills.

He first appeared in Grant County, New Mexico, in the early 1870s. Though some were suspicious of the slight, soft-spoken man, who was rumored to have killed a man in Colorado before appearing in New Mexico, Sheriff Harvey Whitehill took a liking to him. He hired him on as a deputy sheriff in 1875.

One of the first incidents that Dan was involved in was when two Mexican men got into a brawl inside Johnny Ward’s Dance Hall in Silver City in 1876. After one of the men stabbed the other, he fled from the saloon as Dan Tucker approached, and the deputy shot him in the neck. The following year, Dan shot and killed a drunken man standing on the street, throwing rocks at people as they passed. No charges were filed against Tucker for the shooting.

In August 1877, Tucker was made jailer of Silver City, New Mexico. But, that wouldn’t last for long, as just a few months later, the El Paso Salt War, a feud between El Paso businessmen fighting to acquire title to the salt deposits near the base of the Guadalupe Mountains, erupted. 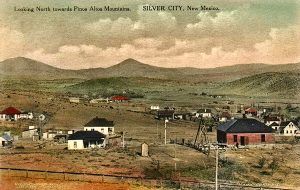 On January 5, 1878, Tucker was chosen as captain of the Silver City men who were sent to El Paso, Texas, to assist in the chaos of the Salt War. After several killings, the Salt Flats were claimed, and the Elizario, Texas, Mexican community was forced to pay for the salt they had previously collected for free.

Later that year, in April, Tucker became the first town marshal of Silver City, New Mexico, and continued to serve as a Grant County deputy sheriff. He soon stopped the discharging of firearms on the city streets. He also killed a thief while trying to escape and was engaged in a gunfight with three horse thieves inside a Silver City saloon, killing two of them and wounding a third. In November 1878, he was shot and wounded during a shootout with a cowboy named Caprio Rodriguez when the man resisted arrest. However, in the end, Rodriguez lay dead. That same month, he resigned from his position as City Marshal but became but was reappointed the following year, on May 2, 1879.

Having tamed much of Silver’s City’s lawlessness in January 1880, he was more needed in the mining boomtown of Shakespeare, New Mexico. In May, he was dispatched to track down two thieves who had broken into a prospector’s cabin. He returned with all of the stolen property two days later and reported killing the two thieves. 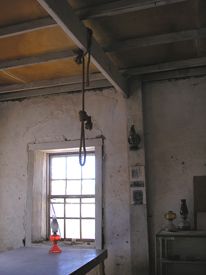 The following year, Tucker became the City Marshal for Shakespeare, New Mexico, and in September, shot and killed cattle rustler Jake Bond. November was a busy month for the city marshal. He killed a man who rode his horse into a local hotel dining room and arrested outlaws Sandy King and “Russian Bill” Tattenbaum, who were hanged by the town’s Vigilante Committee inside the Grant House.

Later that month, Tucker was sent to Deming, New Mexico, on November 27, 1881, to calm down several outlaws who had taken over the town. Upon his arrival, he began to patrol the streets with a double-barrel shotgun and, within three days, had shot and killed three men and wounded two more.

Deputy Tucker was said to have arrested some 13 desperadoes of a cowboy gang in 1881, killed several more, and brought order to the wild town of Shakespeare.

By March 1882, Tucker’s reputation had spread to such a degree that when Doc Holliday and Wyatt Earp made a hasty retreat from nearby Tombstone, Arizona, they avoided taking the train through Deming, choosing to travel by horseback and avoiding Tucker’s territory. 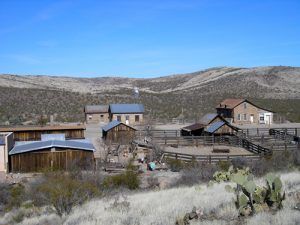 On August 25, 1882, Tucker became involved in the most controversial shooting of his career. The night before, in the mining camp of Paschal, New Mexico, Deputy James D. Burns was drunk inside Mills Saloon and began twirling and flaunting his pistol. Though the town marshal, Claudius W. Moore, and another deputy tried to disarm Burns, he refused, stating that he was entitled to retain his weapon as a law officer.

Burns continued to drink throughout the night and the next day, going from saloon to saloon. By that afternoon, he was in the Centennial Saloon, where Marshal Moore ordered him to give up his weapon and come outside. Also in the saloon was Dan Tucker. However, when Moore tried to arrest him, Burns drew his pistol and fired, though he hit no one. Tucker reacted first, hitting Burns in the ribcage, and Moore also fired upon the drunken deputy. Because Burns was a popular deputy with the local miners, there was a public outcry for justice. Though both men were cleared, Moore was dismissed as town marshal. Though Tucker’s reputation suffered, he retained his position.

Later that year, on December 14, 1882, Tucker was ambushed by a Mexican man as he entered a brothel in Deming, New Mexico to investigate a complaint, which turned out to be false. Though Tucker took a shot in the shoulder, he returned the fire, killing one man and a prostitute who had helped the would-be assassin. 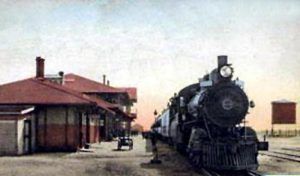 By 1884, Tucker had opened a saloon across from the railroad depot in Deming, New Mexico. However, the following year, he was appointed as a U.S. Deputy Marshal for the region in October. The following month he and another man were involved in a gun battle with Apache warriors west of Deming and were able to drive them off. On October 2, 1887, Tucker arrested a dangerous outlaw, Dave Thurman.

Described as “one of the best peace officers Grant County ever had,” Tucker finally gave up his lawman responsibilities, resigned from his position in 1888, and moved to California. The last time he was heard from was when he returned to Grant County, New Mexico, for a visit in May 1892. However, the short 5’7″ ex-lawman had put on so much weight; his friends nearly didn’t recognize him. Where he went after leaving New Mexico is lost in history.

Recognized as one of the most dangerous and underestimated gunmen in the history of the Old West, Tucker was thought to have killed some 17 men during his lawman career.

“Tucker was a better lawman and more dangerous than such redoubtable characters  as Wyatt Earp and Wild Bill Hickok.“