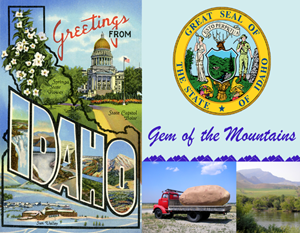 The Frank Church River of No Return Wilderness is the largest wilderness area in the 48 contiguous states – 2.3 million acres of rugged, unspoiled backcountry.

63% of Idaho is public land managed by the federal government.

Five of history’s pioneer trails, including the Oregon Trail and the California Trail, cross Southern Idaho. Wagon ruts are still visible all along the rugged terrain.

The Statehouse in Boise and dozens of other buildings in the city are geothermally heated from underground hot springs. In fact, Idaho is well sprinkled with public and private hot springs.

In the late 1800s, there were several sightings of strange creatures in Bear Lake (on the Idaho/Utah border). The Bear Lake Monster causes residents and visitors to Idaho to question whether they are in Idaho or Scotland. The serpent-like monsters were up to 90 feet in length, could move faster than running horses, and were witnessed by several different people. To this day, there are still those who refuse to night fish on the lake.

The world’s first alpine skiing chairlift was (and still is) located in Sun Valley. Built by Union Pacific Railroad engineers, it was designed after a banana-boat loading device. The 1936 fee: 25 cents per ride.

The world’s first nuclear power plant is located at the Idaho National Environmental and Engineering Laboratory (INEEL), near Arco, Idaho. The Atomic Energy Commission offered the town of Arco electricity generated by atomic energy in 1953. 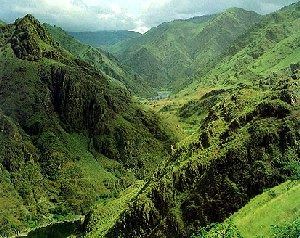 A person may not be seen in public without a smile on their face in Pocatello, Idaho.

Sacajawea, a Lemhi Shoshoni from an area now on the Montana/Idaho border, escorted Meriwether Lewis and William Clark through northern Idaho to the mouth of the Columbia River drainage. Today, Highway 12 follows the old Lewis and Clark Trail along the Lochsa (pronounced lock-saw) and Clearwater Rivers until they merge with the Snake and continue their journey to the Pacific Ocean.

Nearly 85 percent of all the commercial trout sold in the United States is produced in the Hagerman Valley near Twin Falls.

In Idaho, it’s against the law for anyone over the age of 88 to ride a motorcycle.

Wilson Butte Cave, near Twin Falls, was excavated in 1959 and found to contain bones of bison and antelope and some arrowheads and other artifacts that were carbon-dated to be 14,500 years old. This makes them “among the oldest definitely dated artifacts in the New World.” 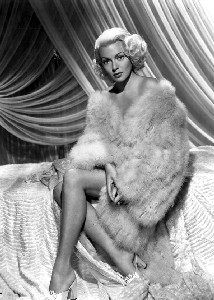 Between 1863 (when Abraham Lincoln signed the bill making Idaho a Territory) and statehood (27 years later), the Idaho Territory had 16 governors, four of whom never set foot in Idaho.

Appropriately named the “Gem State,” Idaho produces 72 types of precious and semi-precious stones, some of which can be found nowhere else in the world.

The Silver Valley in northern Idaho has produced more than $4 billion in precious metals since 1884, making the area one of the top 10 mining districts in the world.

Ernest Hemingway arrived in Sun Valley in 1939 to work on his novel, For Whom the Bell Tolls. Idaho offered wide-open spaces for Hemingway to indulge in his passions for hunting, skiing, fishing, and other outdoor activities. Hemingway is buried in Ketchum, Idaho, where he died on July 2, 1961.

Did you know that Idaho has a seaport? The Port of Lewiston allows the exportation of millions of bushels of grain down the Snake and Columbia Rivers for overseas shipment.

After the great Wallace fire of 1910, the Pulaski, a mattock-ax tool used in firefighting, was invented in Idaho. 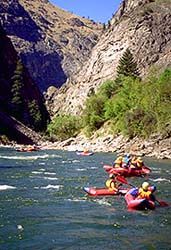 Idaho’s Salmon River, known as the “River of No Return” because of its difficult passage, is the nation’s longest free-flowing river that heads and flows within a single state.

One of the largest diamonds ever found in the United States, nearly 20 carats, was discovered near McCall, Idaho.

In Boise, Residents may not fish from a giraffe’s back.

In 1953, the engineering prototype of the first nuclear submarine, the Nautilus, was built and tested in the Idaho desert on the Snake River Plain near Arco.

In Idaho, riding a merry-go-round on Sundays is considered a crime.

The longest main street in America, 33 miles in length, can be found in Island Park, Idaho.

A treasure is said to be hidden in Beaver Canyon near Spencer that has never been located. The buried cache is said to be that of the Montana sheriff turned outlaw, Henry Plummer’s. 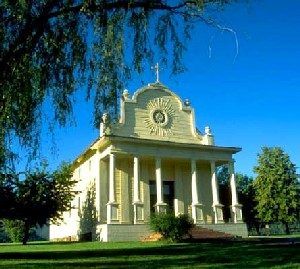 The Cataldo Mission of the Sacred Heart is the oldest building in the state, established in the 1840s by Jesuit Priests.

It’s safe to make love while parked in Coeur d’Alene, Idaho. Police officers aren’t allowed to walk up and knock on the window. Instead, any suspicious officer who thinks that sex is taking place must drive up from behind, honk his horn three times, and wait approximately two minutes before getting out of his car to investigate.

American Falls is unique from most communities because the entire town was moved in the mid-1920s when the original American Falls Dam was constructed.

Elk River is the home of the Idaho Champion Western Red Cedar Tree, the largest tree in the state. Estimated to be over 3000 years old, this giant is more than 18 feet in diameter and stands 177 feet tall.

Perched at 9,500 feet on Trinity Mountain is the highest fire lookout in the Boise National Forest.

Idaho law forbids a citizen to give another citizen a box of candy that weighs more than 50 pounds.

In Wallace, Idaho, there is an old bordello that continued to operate until 1988.  Today, it still operates as the Oasis Bordello Museum.

The Lewis and Clark Highway (United State Highway 12) is the shortest route from the Midwest to the Pacific Coast and the longest highway within a national forest in the nation. 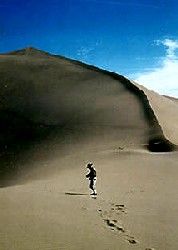 Bruneau Canyon Overlook offers a view into a 1,200 foot-deep, 800-foot-wide river canyon.
.
The Kamiah Valley is rich in the heritage and legends of the Nez Perce. It was here, among the ancestors of the present-day Nez Perce, the Appaloosa horse was first bred, primarily for use as a war animal.

Rigby is known as the birthplace of television since it is Philo T. Farnsworth’s hometown. Farnsworth pioneered television technology.

Under Idaho law, only two forms of city government are allowed: a mayor/counselor or a council/manager form.

Butch Cassidy, a.k.a – George Leroy Parker, robbed the bank in Montpelier, Idaho, on August 13, 1896. He allegedly got away with $7,165 to hire a lawyer for his partner Matt Warner, who was awaiting trial for murder in Ogden, Utah.

Sun Valley is recognized as the home of America’s first destination ski resort. 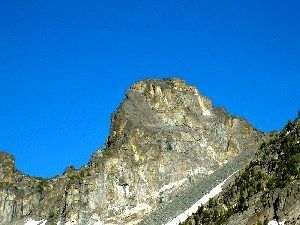 Seven Devils’ Peaks, one of the highest mountain ranges in Idaho, Includes Heaven’s Gate Lookout, where sightseers can look into four states.

You may not fish on a camel’s back in Idaho.

In Pocatello, a law passed in 1912 provided that “Carrying concealed weapons is forbidden unless some are exhibited to public view.”

Soda Springs boasts the largest man-made geyser in the world.

Idaho’s first territorial prison was opened in 1872. It was placed on the National Register of Historic Places. It was converted into a public facility after the last prisoners were removed in 1974.  Today the Old Idaho Prison is a fascinating Boise tourist attraction that offers one of the most informative prison tours in the West. The prison is open to visitors to walk through the courtyards, the cells, the gallows, and the “coolers” where prisoners were sentenced to solitary confinement.