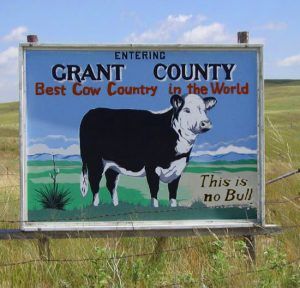 Grant County, Nebraska located in the western portion of the state, is the 9th least populous county in the United States. Sprawling across the Nebraska Sandhills, the county encompasses 783 square miles but is called home to only about 650 people. It boasts only three towns including Ashby, Whitman, and Hyannis, the county seat, all of which are located on Nebraska Highway 2, in the northern portion of the county.

Before American settlers began to make their way to the area, the region was utilized as hunting grounds by Native Americans and the feeding ground of the native buffalo. When early explorers traveled through, they spoke of the region as “the Great American Desert.” Later, Buffalo Bill Cody and Pawnee Indian scout Lute North were credited for successfully clearing the sandhills of hostile Indians. 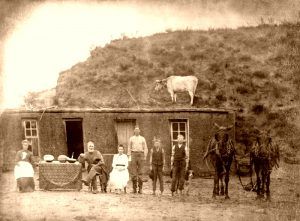 Early American settlers saw the rolling hills filled with grasses and the many shallow lakes in the low-lying valleys as an opportunity to establish homesteads. Due to the lack of trees in the area, they lived in dug-outs or built sod houses. However, they quickly found that the sandy soil made the area unsuitable for cultivation of crops and were unprepared for the changing temperatures and the variety of hardships of this region, including prairie fires, outlaws, hostile Indians, and blizzards.

The summer of 1877 saw the first herds of Texas longhorns moving slowly into the north over the old Abilene and Chisholm Trails. Numerous cowboys, who trailed herds for the big cattle companies, saw for the first time the sandhills and recognized their perfection as a cattle range. This fame spread and the sandhills became known as “God’s Own Cow Country.”

One drawback to settlement of the area in these early days was the lack of any local governmental authority. This region became a favorite hiding place for outlaws and fugitives from justice. Cattle rustlers were common and ranchers had no protection against them. In 1886 Governor John Thayer took action against the criminals by appointing R. M. “Bud” Moran to clean up the territory. Initially, Moran was made Territorial Sheriff of the Sandhills and soon posted warnings to cattle rustlers and other dangerous characters. Before long, Moran succeeded in breaking up the outlaw gangs and captured such dangerous characters as the Cherokee Kid and others. Moran would serve in a sheriff capacity in Nebraska for 21 years before he finally retired and went into the cattle business and owned a 25,000-acre ranch, one of the largest in the state.

In 1886-1887, the Chicago, Burlington & Quincy Railroad extended its line from Broken Bow, Nebraska into the Sandhills and established a terminal station just inside what would become Grant County. The station and the settlement that would form around it was called Whitman. That same year, the county was founded from unorganized territory in March, named for President Ulysses S. Grant, and Whitman was made the new county seat. 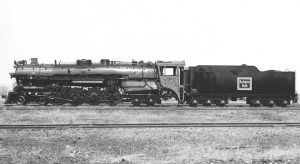 In 1888, the Chicago, Burlington & Quincy Railroad extended its line from Whitman to Alliance, Nebraska and two new towns were established in Grant County — Hyannis and Ashby.

By this time, many new settlers had filed land claims in Grant County and found several problems with the original land survey made in 1876. Their issues included section corners that could not be found, land claims that often overlapped, and landforms represented on the original survey that were frequently incorrect. Area residents then began to demand that a new survey be conducted, but it would be years before one actually occurred in 1895. At that time, the new survey showed that the first one contained obvious errors, even deliberate falsification, which had caused problems in the settlement of the county. The new survey found that hills existed where valleys had been mapped in 1876 and that valleys and marsh existed where rolling topography was mapped in the original survey.

By 1900, Grant County was called home to 763 people. In 1904, the Kinkaid Act allowed homesteaders to claim 640 acres of land, rather than the 160 acres allowed by the 1862 Homestead Act. This brought many more people to the area and some of them attempted to farm the land again, but these attempts generally failed. The cattle industry, however, continued to thrive and the sandhills supported over 530,000 cattle. This industry would also decline when many of the largest ranches broke up when regulations were enacted against fencing federal rangelands. 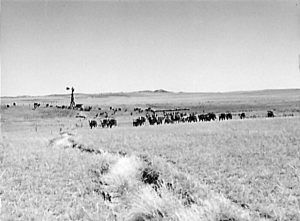 Cattle in the Nebraska Sandhills by Marion Wolcott Post, 1941.

Grant County’s population peaked in 1920 at 1,486 and over the decades continually dropped to today’s level of about 650, less than one person per square mile.

The 272-mile Sandhills Journey Scenic Byway runs along State Highway 2 from Grand Island to Alliance through Grant County. The Nebraska Sandhills region is the largest area of stabilized sand dunes in the western hemisphere, encompassing more than 13 million acres, an area about as large as Vermont, New Hampshire, and Rhode Island combined. Along the byway, visitors will drive through a sea of gentle slopes, curves, wind-blown undulating dunes, native grass, and vivid blue lakes. Abundant wildlife can also be seen along the byway, which also passes by a section of the Nebraska National Forest, interesting rock formations, some ghost towns, and numerous small communities including Whitman, Hyannis, and Ashby in Grant County. The Nebraska Sandhills were designated a National Natural Landmark in 1984.

Heading west through Grant County, the byway first makes its way to Whitman, which was the first settlement established in the county. 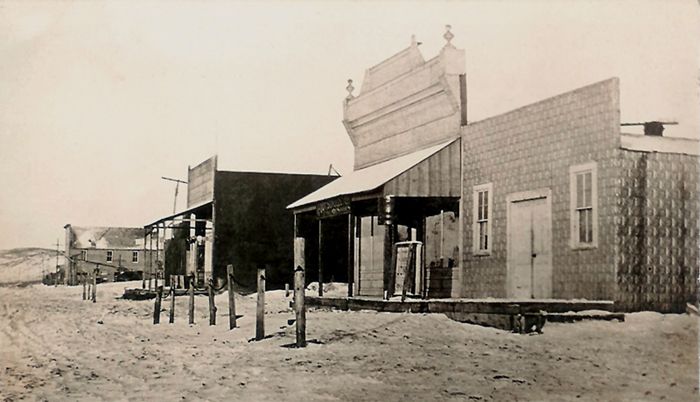 Whitman, Nebraska was established in 1887 when the Chicago, Burlington & Quincy Railroad came through and built a terminal station, that was named after the town of Whitman, Massachusetts by a railroad official. The same year, the town gained a post office and when Grant County was formed, Whitman became the county seat. However, this would last but a short time, because residents of nearby Hyannis felt they were more centrally located and petitioned that the site be changed. An election was held and Hyannis won. When a delegation went to Whitman for the county record books, Whitman residents refused to turn them over and two determined young men took them by force. This fight over the location of the county seat caused bitter feelings between the two towns that lasted for many years.

In the beginning, Whitman was which was a tent city with stores, dance halls, saloons and other lines of frontier businesses. Fairchild & Bodine had the first store at Whitman. 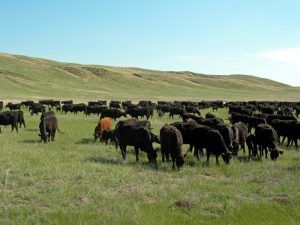 With the coming of the railroad, Whitman became a major cattle shipping point and special Saturday evening runs made shipping easy for the local ranchers. Sixty or more cars of beef was not an unusual train length in Whitman’s shipping heydays. There were also four passenger trains daily. By 1890, the town boasted a population of about 75 people.

“It’s a great country for cattle and men, but hell on horses and women.”

In the late 1800s, the Whitman Hotel was established, which provided rooms to the many visitors, cowboys, and ranchers who came to the area. The hotel made the headlines in early February 1900 when 17-year-old Effie Brown Robinson was shot to death by her husband in the hotel. After Jim Robinson entered a saloon in Whitman, he asked the bartender for a quart of whiskey, downed the liquor in a short time, and announced to the saloon patrons that he was going to the hotel to kill his wife. He also demanded that if anyone left the saloon, his wife wouldn’t be the only one to be killed. He then made his way to the hotel and killed Effie. The background was that Jim worked north of Whitman while his wife lived in the hotel and only came into town occasionally to see her. While he was out of town, Jim heard rumors that Effie had many admirers and may have been romantically involved with another man ho lived near Hyannis, as well as another man from nearby Mullen. Because the “scandal” of Effie’s alleged indiscretion, the jury was lenient with Robinson and sentenced him to only three years, which he only served about half of. 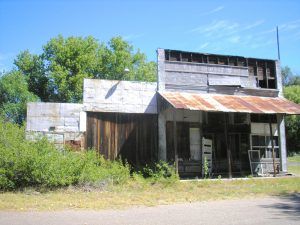 Over the years, Whitman declined along with the rest of Grant County. Today it is an unincorporated village. On a hill overlooking the village one-quarter mile south of town is the cemetery. The oldest grave is from 1888.

Whitman is located on Nebraska Highway 2 about 13 miles east of Hyannis.