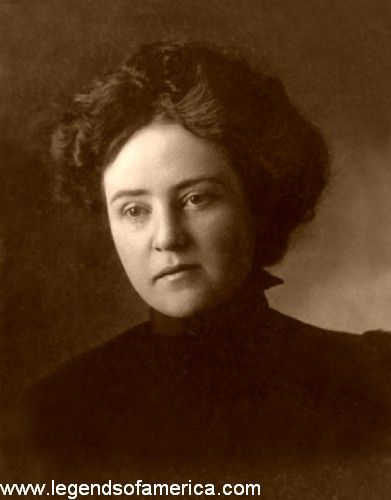 Ann Bassett was a prominent rancher in Brown’s Hole, Colorado, who, along with her sister, Josie, was an associate of outlaws, particularly Butch Cassidy and the Wild Bunch.

Ann was born to Herb and Elizabeth Chamberlain Basset, who owned a ranch in an isolated area of Brown’s Hole, near the Wyoming, Colorado, and Utah border on May 12, 1878. She was the first white girl to be born in Brown’s Hole.

This area had acquired a reputation as a haven for cattle rustlers, horse thieves, and outlaws, alongside Hole-in-the-Wall, Wyoming, and Robbers Roost in Utah. For decades stolen horses and cattle were trailed through the area to thriving mining camps in Eastern Colorado.

Both Ann and Josie Bassett were attractive young women who were well educated in prominent boarding schools. Their father also taught them to ride, rope, and shoot. 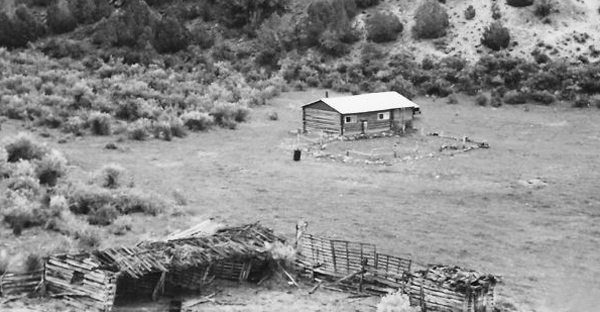 Butch Cassidy and the Wild Bunch were frequent visitors to the ranch and often courted Anne and her sister Josie, who they found attractive, intelligent, and articulate. By the time Ann Bassett was 15, she had become involved romantically with Butch Cassidy. Her sister Josie was involved with Elza Lay. Outlaws Ben Kilpatrick and Will “News” Carver, both later members of the Wild Bunch gang, also dated the sisters.

Anne’s father was an unassuming man who allowed his wife, Elizabeth, to run the ranch. During this time, several large cattle barons wanted to take over Brown’s Hole, and Ann’s mother, amid a feud with the prominent cattlemen, began to do a little cattle rustling of her own. As Ann grew up, she took up her mother’s feud against the cattle barons, especially against the Two Bar Ranch. Helping herself freely to their cattle, she was soon dubbed the “Queen of the Rustlers.”

When rumors began to fly that Ann and her mother were intentionally running Two Bar cattle over the cliffs out of spite, the cattle barons hired Tom Horn to infiltrate Brown’s Hole. After warning Matt Rush, Isom Dart, and other ranchers to leave the area, he shot and killed the two men when they refused to vacate.

When Ann Married H. Bernard, the manager of the Two Bar Ranch, he was quickly fired. The marriage lasted six years. When Ann was caught rusting cattle from the “enemy” ranch, she was tried but acquitted. In 1928, Ann married a man named Frank Willis, and the two settled in a small southwestern Utah town where she lived until her death at the age of 78. Over the years, many believed that Ann Basset and Etta Place were the same women; however, most historians have discounted these allegations.