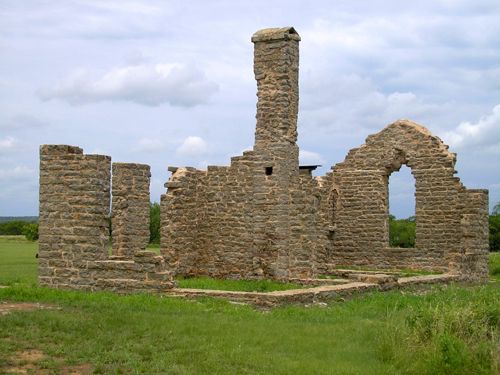 William R. Cruger was a lawman who worked in Texas before he moved to Tennessee and was killed in the line of duty.

Born on May 30, 1840, in Albany, Georgia to Nicholas and Elizabeth Roberts Cruger. In 1874, he made his way to Shackelford County, Texas where he assisted in the county’s organization and named the county seat Albany for his birthplace. 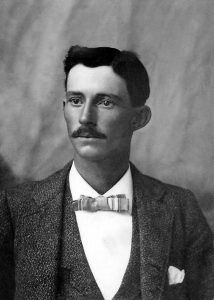 In April 1876, John M. Larn was elected as the sheriff of Shackleford County and Cruger became his deputy. Law and order were much needed in the area as nearby Fort Griffin, some 15 miles north of Albany, had become a hotbed for outlaws, thieves, and other desperate characters. In fact, the lawlessness was so bad, that one of the best known and probably the most active vigilance committees in Texas was formed. These men called themselves the Tin Hat Brigade and were active for several years with the help of the Shackelford County Sheriff.

On January 17, 1877, two drunken gunmen by the names of Billy Bland and Charlie Reed galloped into Fort Griffin with their pistols blazing and quickly made their way to the Beehive Saloon. They entered the place with their guns raised and shot out the lights.

In response, Deputy Sheriff Bill Cruger, accompanied by the county attorney Robert Jeffries, and two other Shackelford County officials entered the bar. When Cruger yelled “hands up!”, Bland whirled and fired on the deputy and both Jeffries and Cruger fired back. Reed then joined the gunfight, which resulted in Cruger and Jeffries being wounded, and two bystanders were killed as well as the drunken Billy Bland. Unfortunately, Charlie Reed disappeared during the excitement and fled the area. It was later found that Reed had made his way to Nebraska, where he too was killed in about 1883.

A short time later, John Larn resigned his position of sheriff and Cruger was appointed his successor on April 20, 1877. His jurisdiction was large – encompassing some 13 unorganized Texas counties that extended to the New Mexico state line. But like his predecessor, Cruger worked with the Tin Hat Brigade to help stem the lawlessness. Interestingly, much of the cattle rustling was being conducted by none other than former sheriff John Larn along with his accomplice John Selman, who had also worked as a deputy for a time.

In the summer of 1878, Cruger, acting on a warrant from the Albany court, arrested Larn on June 22. After transporting him to the jail, Cruger hired the local blacksmith shackle Larn to the floor of the jailhouse to prevent a breakout by Larn’s supporters. However, the next night, vigilantes stormed the jail intending to hang Larn. When they found they couldn’t lynch the shackled man, they shot him in his cell. This was the last vigilante killing in the county. 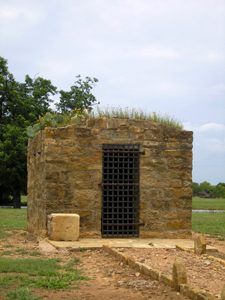 Cruger continued to serve as sheriff until he resigned on July 20, 1880. At that time, the county commissioners attested to his courage and fearlessness as a law officer and declared their thanks for his bravery and ridding the western frontier of lawless characters.

Somewhere along the line, Cruger married a woman named Mary R. Boynton with whom he would have one child. He moved his family to Tennessee where he served as a marshal in Princeton. On May 29, 1882, Cruger arrested a drunken man for disorderly conduct, and as they were walking up a set of stairs from the street to Marshal Cruger’s office, the prisoner produced a gun, spun around, and shot Marshal Cruger in the head.

Cruger’s body was returned to his home town of Albany Georgia where he was buried. In the meantime, his killer was convicted of murder but was in prison for less than ten years, paroled in 1890.