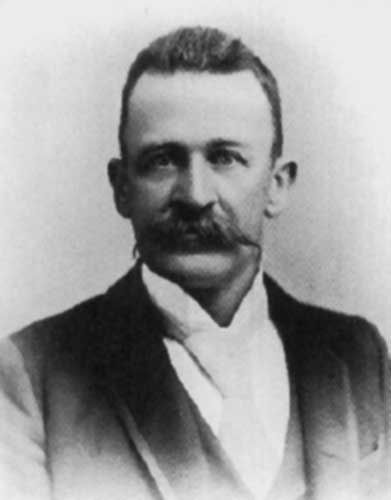 Known as one of the most courteous and modest peace officers who ever worked in the lawless town of Tombstone, William “Billy” Breakenridge however, was not to be trifled with.

Born on December 26, 1846, in Watertown, Wisconsin, he traveled to the Pike’s Peak mining area when he was just 15. Three years later, in 1864, he joined Company B of the Third Colorado Cavalry for service in the Civil War, where he fought in the Battle of Sand Creek, as well as several other skirmishes.

Around 1876, he headed for Arizona Territory, ending up in Tombstone by 1880. There, he went to work for Sheriff Johnny Behan. That same year, he was also appointed as a U.S. Deputy Marshal, a position he would hold until 1889. This designation gave him more authority than what was allowed by Cochise County, helping him to become one of Tombstone’s most effective lawmen.

Though he put several outlaws in the Boot Hill cemetery, Breakenridge used a gun only as a last resort. But, when necessary, use it he would, in a fast and accurate manner. Before long, his skills with a gun earned him a reputation as a lethal gunfighter, and few outlaws even challenged him.

He was present in Tombstone during the famous Gunfight at the O.K. Corral. He was said to have been on friendly terms with the Clanton faction, and of course, working under Johnny Behan, he is generally perceived to have sided with those opposing the Earps. Many years later, when he wrote his memoirs, he would say that Wyatt Earp was a desperate character.

Though many outlaws would not challenge him, this would not be the case on March 26, 1882. The night before, two men by the names of Zwing Hunt and Billy Grounds, attempted to rob the Tombstone Mining and Milling Company in Charleston, Arizona. After being challenged, they shot and killed a man before panicking and taking off without a dime.

Before long, Breakendridge deputized three men to ride with him in a posse and they began to track the two killers. Finding them at the Jack Chandler Ranch near Tombstone, a gunfight ensued. Though it lasted only seconds, when the smoke cleared, Breakenridge had killed Billy Grounds and Zwing Hunt had been wounded. Unfortunately, one of the deputized men, John Gillespie, was also dead. The other two posse members were wounded but would recover. Outlaw Zwing Hunt would also recover and escape, but was killed by Apache Indians a short time later.

In 1888, Breakenridge changed tactics completely, accepting a position as a surveyor for Maricopa County. In this capacity, he was soon tasked with surveying the Salt River for potential dam sites. After examining several sites, he returned with a party from Phoenix in July 1889, which included James McClintock, William J. Murphy, and John R. Norton to examine the sites Breakenridge recommended and conduct a feasibility study. Traveling on horseback it took the men a week to reach Box Canyon, near the confluence of Tonto Creek and the Salt River. Breakenridge insisted that this would be the best place for a dam and he was right. Though it would be more than a decade later before construction would start in September 1906, Breakenridge had accurately predicted the perfect site of what is now Roosevelt Dam, completed in 1911.

Later James McClintock would become one of Arizona’s official historians, writing the three-volume book series, Arizona: The Youngest State, of which many excerpts appear here on Legends of America’s pages.

Breakenridge would eventually return to “looking after the peace,” when he accepted a position as a detective with the Southern Pacific Railroad.

In 1895, the railroad had been held up or attempted to be robbed several times by outlaws Grant Wheeler and Joe George. Breakenridge, along with a posse, wasted no time tracking the men and trailed Wheeler into Colorado, near Mancos on April 25th. The next morning the outlaw was surrounded and briefly resisted with a few shots from his gun, but sure that he would be taken to jail or killed, Wheeler chose to take his own life instead.

When the ex-lawman was in his seventies, he began to write his memoirs which include the lawless days in Tombstone, the Gunfight at the O.K. Corral, numerous accounts with outlaws and Indians, and his days working for the railroad. In 1928, his book, Helldorado: Bringing the Law to the Mesquite, was published. Wyatt Earp and his wife Josie would become major critics of the book, claiming that much of what Breakenridge wrote was biased and more fiction than fact. Regardless, it gained Tombstone enough interest that citizens created Helldorado Days, still celebrated annually in October, commemorating the famous gunfight.

Three years after his book was published, the Arizona pioneer and lawman would die in Tucson, Arizona on January 31, 1931. Before his death, Breakenridge said he would gladly do it all again. 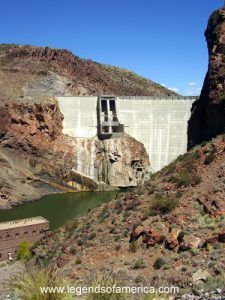