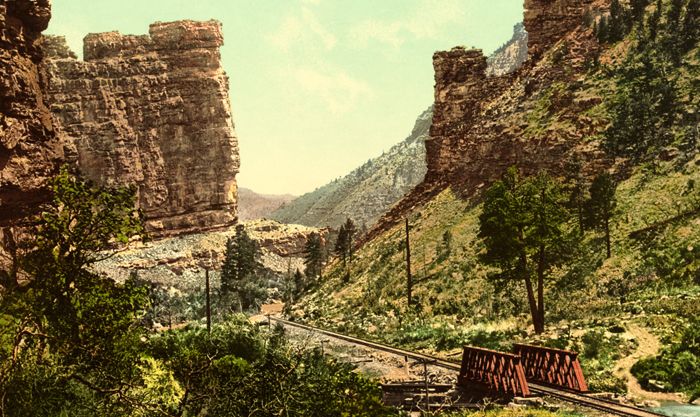 Castle Gate, Utah got its start in 1886 when the Pleasant Valley Coal Company began mining operations. This company town of miners was surrounded by rock formations, cliffs, mountains, and valleys, as well as another interesting element – outlaws. The remote region was a perfect hideout for cattle rustlers and train robbers, including one of the Old West’s most famous characters – Butch Cassidy and his gang of bandits.

On April 21, 1897, the train from Salt Lake City coasted into Castle Gate carrying the payroll for the Pleasant Valley Coal Company. Shortly before the train arrived, a lone cowboy had hitched his horse in front of the saloon and sat inside waiting for the sound of the train whistle. When he heard it, he left the saloon and made his way down to the train. As the lone cowboy sat watching, another cowboy was loitering near the stairway of the company office. 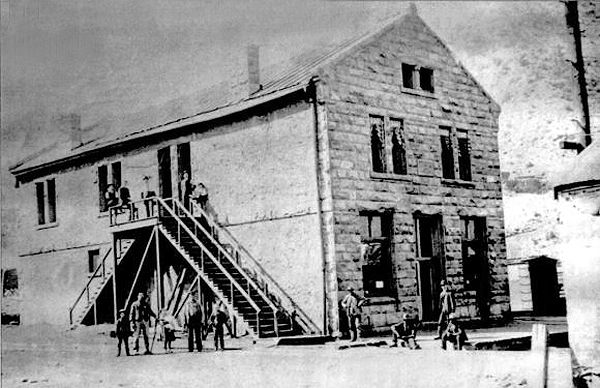 As the baggage was unloaded from the train, three men, including the company paymaster and two guards, gathered the payroll, consisting of three bags, estimated at $8,800, emerged from the Baggage Room and headed to the Company office some 75 yards away.

However, before they reached the office, the lone cowboy held the three at gunpoint, taking the largest bag from the paymaster. In the meantime, the other man also approached, relieving them of another bag. In broad daylight, the two men had stolen the company payroll, with only one person attempting to interfere. When a customer at a nearby store tried to interlude, he was met with a gun.

The two cowboys, now known to have been Butch Cassidy and Elza Lay, got on their horses and rode south, pursued by two citizens, one in a buggy, and the other on horseback shouting, “Bring that money back!” But it was too late, the pair was gone, along with an estimated $8,000.

Immediate attempts were made to reach the Sheriff by telephone, only to find the lines had been cut. Cassidy and Lay fled to Robbers Roost, cutting telegraph lines along the trail to prevent the news of the robbery from spreading to lawmen along their escape route.

The outlaw loot was never recovered and many believe it was hidden by the gang somewhere near Robbers Roost located along the Outlaw Trail, in southeastern Utah.

Officially incorporated as a town in 1914, Castle Gate would become news again years later, when on March 8, 1924, an explosion at Castle Gate Mine #2 claimed the lives of 172 miners.  At the time it was the third-worst mining disaster in the United States and is still the tenth deadliest to this day.

The town of Castle Gate was dismantled in 1974. All that’s left today is a historic marker along the highway north of Helper, Utah. 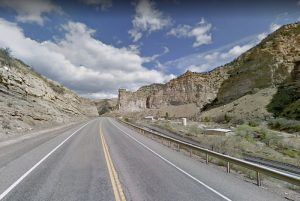