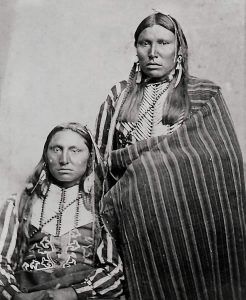 Battle of the Two Villages (1759) – A Spanish attack on Taovaya villages in Texas and Oklahoma by a Spanish army in 1759. The Spanish were defeated by the Taovaya and other Wichita tribes with assistance from the Comanche.

Battle of Little Robe Creek (1858) – Also called the Battle of Antelope Hills, this encounter took place on May 12, 1858. It was actually a series of three distinct encounters that took place on a single day, between the Comanche on the one side, and Texas Rangers, militia, and allied Tonkawas attacking them. It was undertaken against the laws of the United States at the time, which strictly forbade such an incursion into the Indian Territories of Oklahoma, and marked a significant escalation of the Indian Wars. It also marked the first time American or Texas Ranger forces had penetrated the Comancheria as far as the Wichita Mountains and Canadian River, and it marked a decisive defeat for the Comanche.

Military historians distinguish between the Antelope Hills Expedition by the Texas Rangers and the Battle of Little Robe Creek with the former being the entire campaign against the Comanche conducted from January to May 1858, starting in Texas above the Edwards Plateau, and continuing on to the Indian Territories in what is now Oklahoma. The latter is the specific battle at Little Robe Creek, with all three encounters counting as one sustained, day-long battle, and which took place on May 12, 1858. Since federal troops would not attack the Comanche and Kiowa in that portion of the Comancheria, the Texas Rangers launched the incursion into the Antelope Hills. 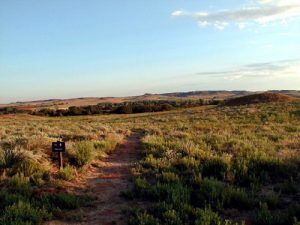 Washita Battlefield National Historic Site (1868) – Here in the predawn of November 27, 1868, Lieutenant Colonel George Custer, leading the 7th Cavalry, attacked the sleeping Southern Cheyenne village of Peace Chief Black Kettle. The chief and more than 100, many of them women and children, were killed. The controversial attack was hailed by the military and many civilians as a significant military victory aimed at reducing Indian raids on frontier settlements. However, Washita was also viewed by many whites and Indian participants as a massacre. Washita Battlefield National Historic Site, located in western Oklahoma, testifies to the struggle of the Southern Plains Indians to maintain their traditional lifestyles. Casualties included some 21 U.S. soldiers killed and another 16 wounded. Of the Cheyenne, 103 were killed and 53 captured. The site is operated by the National Park Service. More …

Goingsnake Massacre (1872) – This was a shootout that occurred during a trial in the Cherokee court system on April 15, 1872, in the Goingsnake District of the Cherokee Nation. Ezekial “Zeke” Proctor was being tried for killing Polly Beck and wounding Jim Kesterson in a shooting incident. The trial was highly charged due to the strong family ties of the accused and victims and because of a jurisdictional dispute between the Cherokee and United States courts. A federal posse consisting of two Deputy US Marshals, two of their regular posse members, six white men from Fort Smith, and five Cherokee (all relatives of Beck) was sent to attend the trial and to arrest Proctor on federal charges if he was acquitted. However, shooting broke out in the crowded courtroom during the proceedings, killing eight of the Marshals posse and three Cherokee citizens. The incident has also been called the Goingsnake Tragedy, the Cherokee Courthouse Shootout and the Proctor-Beck Fight.

Winning The West: The Army In The Indian