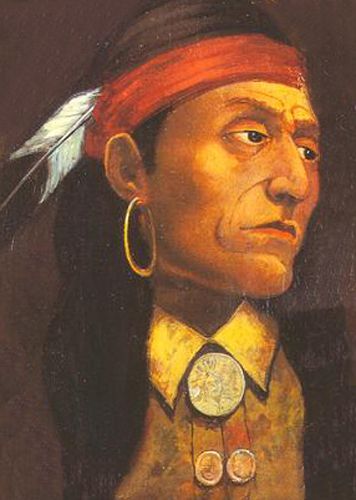 Chief Pontiac, called Obwandiyag by his people, was a great leader of the Ottawa tribe and became famous for organizing Pontiac’s Rebellion (1763–1766). Following the British victory in the French and Indian War, Chief Pontiac organized his and other tribes in the Great Lakes area to rebel against the intrusion on their lands.

Pontiac became chief of the Ottawa Indians in 1755 and soon became the head of the Council of Three Tribes, an intertribal group consisting of the Ottawa, Potawatomi, and Ojibwa people. The tribes had coexisted well with the French traders but, had no such relationship with the British. After winning the French and Indian War, Sir Jeffrey Amherst, Major Robert Rogers, and British and colonial troops occupied Fort Detroit and took possession of other forts in the region. Some of the British, including Amherst, were contemptuous of the Indians, limiting trade and angering the tribes.

In 1762, Pontiac began to enlist the Great Lakes Indians, including the Ottawa, Ojibwa, Potawatomi, and Huron tribes, to drive out the British. He planned to have each of the 18 bands of local Indian tribes whom he had enlisted to attack the fort nearest to them in May 1763 and then eliminate the British settlements.

On May 7, 1763, Chief Pontiac entered Fort Detroit, in present-day Michigan, with about 300 men armed with weapons hidden under blankets. They were planning to take the fort by surprise; however, British commander Henry Gladwin had been informed of the plan, and the garrison of about 120 men was armed and ready. Pontiac withdrew and, two days later, laid siege to the fort. 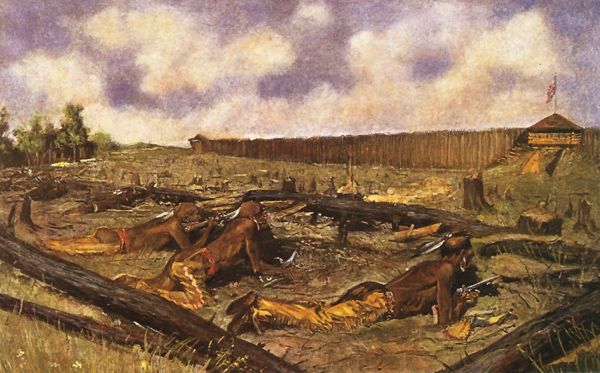 Several British soldiers and civilians in the area outside the fort were captured or killed. At least one of the soldiers was ritually cannibalized, as was the custom in some Great Lakes Indian cultures. Eventually, Pontiac was joined by more than 900 Indian warriors from a half-dozen tribes who directed the violence only at the British while leaving any French colonists alone. Pontiac dispatched messengers to the other Indian bands, who also began to attack area forts and settlers. Fort Detroit was encircled by warriors for weeks, blocking supplies and reinforcements.

Eventually, however, some British reinforcements got through. On July 31, in an attempt to break Pontiac’s siege of Fort Detroit, about 250 British troops tried to make a surprise attack on Pontiac’s encampment situated about two miles east of the fort. Called the Battle of Bloody Run, Pontiac had been alerted to the attack and was ready. Some 20 British soldiers were killed in the battle and about 34 wounded. One of those killed was Captain James Dalyell. After learning of his death, General Jeffrey Amherst offered a £200 bounty to anyone who would kill Pontiac.

Eventually, yet more British troops arrived at Fort Detroit. Though Pontiac had won the battles, he could not take the fort. In October, he lifted the siege and withdrew to the Illinois country. In the meantime, the other groups of Great Lakes Indians had captured 8 of the 12 forts they had attacked, and many settlements were left in ruins. 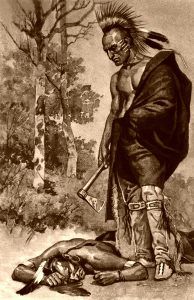 The death of Chief Pontiac

In Illinois, Pontiac continued to encourage resistance to the British. By 1764, the French no longer supported the Indian efforts and actually sided with the British, and the British re-took many of the areas. Seeking to end the war, British officials began diplomatic relations with Chief Pontiac. In July 1766, Pontiac agreed to a peace treaty at Fort de Chartres, Illinois. Though the war was officially over, Pontiac’s peace treaty created resentment among other Indian leaders who felt that Pontiac had claimed greater authority than he possessed. Increasingly ostracized, Chief Pontiac was assassinated by a Peoria Indian on April 20, 1769. To avenge Pontiac’s death, the Ottawa Indians killed many Peoria Indians.