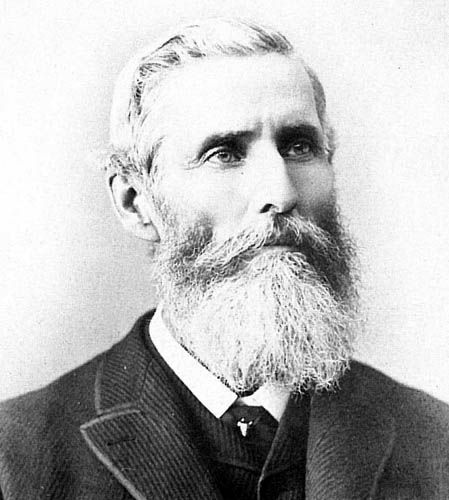 Born near what is now Clarksburg, West Virginia on August 27, 1834, to Robert and Nancy Currence Stuart, Granville moved with his family to Muscatine County, Iowa in 1838. As a child, he played with Indians and attended school in a one-room schoolhouse.

In 1849, his father flocked to the California Goldrush along with thousands of others seeking their fortunes. Two years later, Granville and his brothers, James and Robert followed, where they prospected for several years.

In June 1857, Granville and James wanted to return to Iowa for a visit; however, when they found the trail blocked by the Mormon War in Utah, they went north instead, landing in Montana.

Prospecting for gold in Deer Lodge Valley, they were credited with making the first major strike in Gold Creek in 1858. However, having no supplies and concerned about Indian attacks, they soon left the area. Four years later, they returned and a small mining camp developed at the mouth of the creek that is today called Gold Creek. 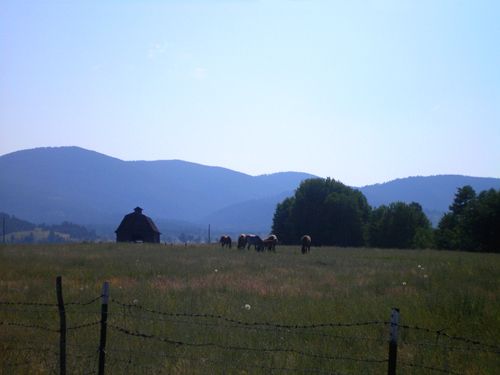 For the next several years, the brothers continued their prospecting efforts along Gold Creek and also worked as merchants. In the meantime, they had written a letter to their third brother, Robert, who was by then prospecting in Colorado. Within no time, word of the find got out and scores of prospectors from Colorado and other surrounding territories made their way to Montana.

In the spring of 1862, Granville married a Snake Indian woman named Aubony, later called Ellen. They would ultimately have nine children before her death in 1887. In the meantime, the small settlement of Gold Creek was growing and Granville was elected County Commissioner and James was elected Sheriff.

Though credited with the first major gold find, the Stuart brothers never profited much and by 1863, Granville had made his way to Virginia City, where he entered the mercantile business. James Stuart, in the meantime, was leading expeditions into Yellowstone, looking for gold.

In 1865, Granville sold his business and returned to Deer Lodge, where he again established a mercantile, and later, a lumberyard. James was also in Deer Lodge until 1870 when he was appointed to the post of physician at the Fort Peck agency. James remained there until his death from cancer on September 30, 1873. That same year, Granville sold his merchant interests and returned to mining. However, once again, this career path didn’t “payout” for Granville, and by 1876, he was working as a bookkeeper for Samuel T. Hauser’s First National Bank in Helena.

Three years later, in 1879, Stuart, along with Hauser and mining millionaires, Andrew J. and Erwin Davis, formed the Hauser, Davis, Stuart Cattle Company and the DHS Ranch. Stuart became the general manager of the company, a position he would hold until the spring of 1887. While managing the cattle company, Stuart was instrumental in organizing the Montana Stock Growers Association in 1884 and became its first president.

During this time, cattle rustling was rampant in the territory and Granville reportedly organized a group of vigilantes in 1884 that became known as Stuart’s Stranglers to help curb some of this lawlessness. Within no time dozens of Montana outlaws had either been strung up in trees or riddled with bullets. The  Montana Vigilantes got their start around this time as well, but it is unclear as to whether Stuart had and anything to do with the original vigilante group, although they probably influenced his formation of Stuart’s Stranglers.

Still at the helm of the extremely profitable DHS Cattle Company, the organization was worth more than a million dollars by 1885. However, two years later, Granville got out of the cattle business, though he remained the president of the Board of Stock Commissioners until 1891. With his eye on politics, Granville became a state land agent in charge of 600,000 acres given to Montana by the federal government for school purposes in 1891. That same year, he remarried a woman named Isabel Allis Brown.

Portions of the DHS Ranch would later become part of the 10 million-acre Grant-Kohrs cattle empire.

In 1894, he was appointed as a U.S. ambassador to Uruguay and Paraguay, a position he held until 1898. In his final years, he served as librarian of the Butte Public Library. Over the years, Stuart had been involved in the preservation of Montana History, serving as the first secretary of the Montana Historical Society and as its president from 1890 to 1895. He was also the president of the Society of Montana Pioneers in 1886-87.

In his last years, he worked diligently to document the history of Montana Territory (1864 – 1889), but he died before it was completed. Stuart Granville died on October 2, 1918, in Missoula, Montana. The vast majority of his work, however, was published under the title Forty Years on the Frontier in 1925.

As a tribute to his life, Granville Stuart is often called “Mr. Montana,” as his life story is much the same as that of the fledgling territory of Montana.