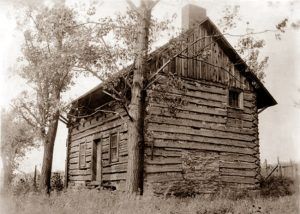 Fort Gaddis was built in 1764 in Fayette County, Pennsylvania by Thomas Gaddis, who was in charge of the defense of the region.

The post was located on the Catawba Trail, an important north-south route that extended from New York to Tennessee and passed through Uniontown, Pennsylvania and Morgantown, West Virginia, Ohio, North Carolina, and South Carolina. The fort was utilized as a place of refuge from the hostile Indians, as well as a site for community meetings.  The 1-1/2-story, 1-room log structure measures 26 feet long and 20 feet wide. Gaddis later served as a colonel in the Pennsylvania Continental Line during the American Revolution.

During the Whiskey Rebellion, a Liberty Pole was erected at the house during a rally in support of the rebel cause. The choice of this site for a political demonstration indicates its importance as a focal point for community expression.

In the 19th century, the Catawba Trail became locally known as the Morgantown Road. It is now Old U.S. Route 119. 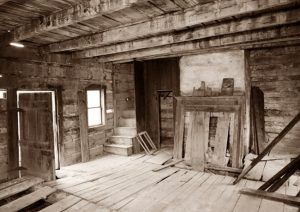 The building still stands today and is called the “Thomas Gaddis Homestead.”  It is the oldest known building in Fayette County and the second oldest log cabin in Western Pennsylvania. It was added to the National Register of Historic Places in 1974.