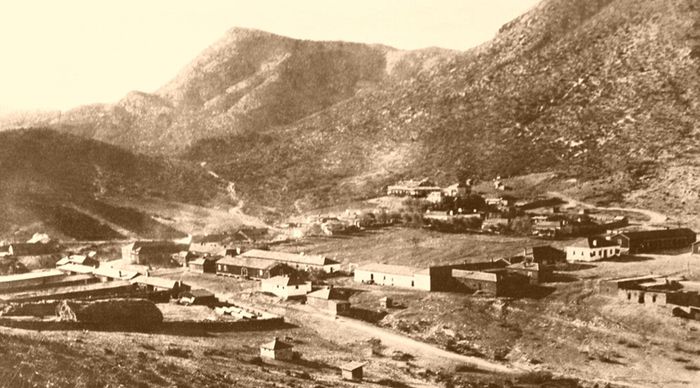 Located in the southeast corner of Arizona, Fort Bowie National Historic Site commemorates the story of the bitter conflict between the Chiricahua Apache and the United States military. It also stands as a lasting monument to the bravery and endurance of U.S. soldiers in paving the way for westward settlement and the taming of the western frontier.

In 1857, the government awarded John Butterfield a contract to carry mail by stagecoach between St. Louis, Missouri, and San Francisco, California. The 2,800-mile route was to be traversed within 25 days. A year later, as the stagecoaches prepared to roll, Butterfield charged his men, “Remember boys, nothing on God’s earth must stop the United States Mail” He did not reckon on future collisions with an embittered Chief Cochise of the Chiricahua Apache tribe.

The Apache Pass Stage Station was built of stone in July 1858. Within its 6-8 foot-high walls were a kitchen-dining room, sleeping rooms, a storage room for feed and weapons, and a mule corral with portholes in every stall. The stage stopped here for a change of mules, a moment of rest, and what passed for a meal — bread, coffee, meat, and beans — for 50 cents.

For over two years, the Chiricahua Apache permitted the mail and passenger stages safe if uneasy passage through Apache Pass. In exchange for gifts, they provided firewood for the stage station. Butterfield had the Celerity wagon designed for the central segment of the route. Unlike the large Concord coaches used at both ends of the line, the mule-driven, lighter Celerity could more easily negotiate the southwest’s rugged mountains and rocky canyons. 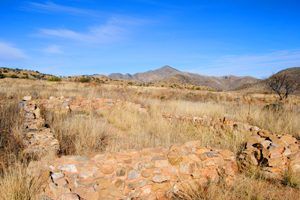 The short-lived success of the Butterfield Stage through the area would end in 1861 when a young Lieutenant George Bascom falsely imprisoned Chiricahua Apache Chief Cochise on charges of kidnapping a white child.

During the meeting with Cochise and his band members, Bascom ordered Cochise held hostage until the boy and livestock were returned. Knowing that neither he nor his people had committed the acts, the Apache chief was insulted and bolted from the tent. In the ensuing confusion, the remaining Apache were captured.

After the events on February 4, Bascom ordered the command to move forward and fortify the stage station. 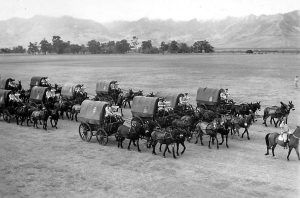 “Our wagons were placed end to end, forming a semicircle, covering one side of the station, and the corral, making a basis for outer breastworks. There was a deep ravine on this side, the head or nearest point of it about a hundred yards from the station. Empty grain sacks were filled with earth and placed on the inner side of the circle.

On the morning of February 5, “… the Apache were assembling in force on a hill 800 yards off. They soon dispersed, leaving a white flag. Soon a warrior approached the stage station defended by Bascom and his force. The warrior stated that Cochise wished to have a ‘talk’ with our Chief.

The ‘talk’ commenced by Cochise making a strong appeal for the release of the captive Indians. He was told that they would not be released until the boy was given up or found. In this manner, the talk continued for about half an hour. [Butterfield employee James] Wallace approached the ravine at a point above us apparently unnoticed by anyone. A dash was made by a few Indians from the ravine. They seized and dragged him into it out of sight. This broke up the talk in quick time.” 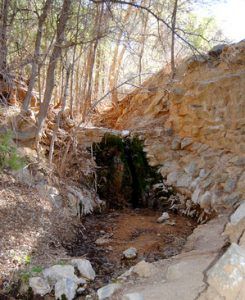 The Butterfield Trail was constructed through Apache Pass simply to take advantage of the precious spring water. Disputes over the spring caused a raging conflict between Chief Cochise and California Volunteers in 1861. Without Apache Spring, there might not have been a stage station or a Fort Bowie, Arizona by Kathy Alexander.

A firefight ensued between soldiers defending the stage station and Apache warriors firing from the surrounding hills and ravines. Three days later, in a final attempt to gain the release of Apache captives, Cochise and his warriors attacked soldiers both at the stage station and Apache Spring. These attacks met without success, compelling Cochise and his followers to abandon Apache Pass and move into the Chiricahua Mountains. However, the mayhem of warfare bloodied Apache Pass for 16 days. Indians and soldiers captured hostages and executed them out of vengeance, creating bitterness and hatred that would last for more than a decade. Terror reigned until 1872, when President U.S. Grant sent an emissary, General Oliver O. Howard, to join army scout Thomas Leffords and Cochise in making peace. But the residual anger of other Apache warriors resulted in the Apache Wars, a direct result of Bascom’s actions.

During the Bascom Affair, soldiers, Butterfield employees, and passengers sought refuge at the stage station. The continued tensions caused the southern Butterfield Overland Mail route to be discontinued in March 1861.

Just a few months later, the Battle of Apache Pass was fought near here on July 15 and 16, 1862, when a Union regiment under the command of General James Henry Carleton was ambushed by a band of Chiricahua Apache while en route from California to New Mexico, where they were to confront Confederate troops. This battle led to the establishment of Fort Bowie later that year to protect  Apache Pass as an essential water source.

The fort was named in honor of Colonel George Washington Bowie, commander of the 5th Regiment California Volunteer Infantry, who first established the fort. Initially, the post resembled a temporary military camp rather than a fort. However, in 1868, a second, more substantial Fort Bowie was built, including adobe barracks, houses, corrals, a trading post, and a hospital. The new fort became the focal point of military operations for more than 30 years.

The Apache were finally subdued with the surrender of Geronimo in 1886, and the Chiricahua Apache were banished to Florida and Alabama. The fort then returned to use as a travelers’ stop until it was abandoned in 1894. In 1911 the land was sold for $1.25 to $2.50 an acre, and many buildings were dismantled.

In 1964, the site was authorized as a National Historic site. Today, the remains of Fort Bowie are carefully preserved, as are the adobe walls of various post buildings and the ruins of a Butterfield Stage Station. The site is located on the unpaved Apache Pass Road, accessed from Interstate 10 near Bowie, Arizona, or Arizona Highway 186 just north of the entrance to Chiricahua National Monument. Access to the ruins of Fort Bowie and the visitor center is via a 1.5-mile foot trail that begins at a parking area along Apache Pass Road. 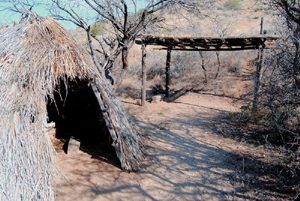 The hike into the fort is part of the Fort Bowie experience, where visitors can get a sense of the isolation the soldiers experienced while stationed there. The trail also winds past the Butterfield Stage Coach Station remains the post cemetery, an Apache Wickiup, the ruins of the Chiricahua Apache Indian Agency, Apache Spring, the original fort, and finally, the more elaborate Fort Bowie and the visitor center.

A minimum of two hours is recommended for the round-trip visit. While at the fort, visitors can tour the ruins of Fort Bowie, view the exhibits inside the visitor center, bird watching, and hike the trails. Picnic facilities are located at the trailhead and the visitor center.

The Visitor Center is open daily from 8:00 a.m. to 4:00 p.m., every day but Christmas. The trail can be visited from sunrise to sunset. There are no fees for visitors. 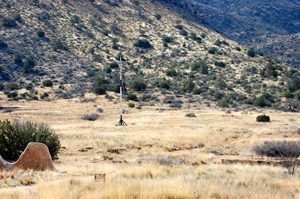