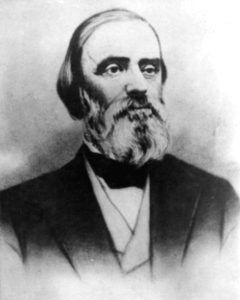 Fur trader and diplomat, Alexander Culbertson was born at Chambersburg, Pennsylvania on May 20, 1809. He lived with his parents on their farm until 1826. At that time, he went with an uncle to the Florida Indian campaigns. From there, he traveled to New Orleans, Louisiana, and then to St. Louis, Missouri, where he joined the American Fur Company in 1829. He worked with Kenneth McKenzie and William Laidlaw, but was popular among his peers, lacking the arbitrary manner that was characteristic of McKenzie and Laidlaw.

He rose steadily and became the company’s most important man when McKenzie and Laidlaw retired. He was in charge of Fort McKenzie, Montana, until 1840. At about that time, he married a Blackfoot Indian woman named Na-Ta-Wis-Cha, or Medicine Snake Woman, when she just about 15 years old. The pair would have several children who were well educated. 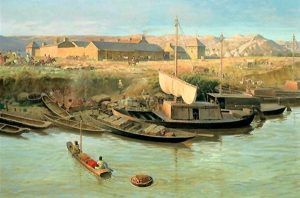 He built Fort Alexander, Montana on the Yellowstone River near the mouth of the Bighorn River in 1842. His knowledge of the Indians and the western country was considered superior to any one of the time, and his ability as a horseman and buffalo hunter was unequaled. Later he was at the head of Fort Union, North Dakota, and for a time also of Fort Laramie, Wyoming.  In 1845 he established Fort Lewis in Montana, which would later become Fort Benton. It was the first permanent settlement in Montana.

He served as superintendent of the Upper Missouri Outlet, which included all forts on the Yellowstone and upper Missouri Rivers till 1847. In 1851 he was appointed as an interpreter and special agent of the U.S. Government in making treaties with the Indians and was referred to as Major from then on. In 1855 he contributed to the successful negotiations with the Blackfoot and Gros Ventre Indians, permitting the survey through their territory for the Union Pacific Railroad. He blazed trails from fort to fort and to Indian camps, which were later followed by settlers and today are routes of highways.

By 1870, he was living at Fort Benton, Montana, serving as an interpreter for various agencies. He died in Orleans, Nebraska on August 27, 1879.