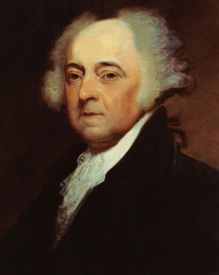 John Adams, by Asher B. Durand

John Adams was a politician, philosopher, lawyer, and one of the Founding Fathers of our country. Adams served as George Washington’s Vice President for two terms before becoming the United States’ second President.

Described as learned and thoughtful, John Adams was more remarkable as a political philosopher than as a politician. “People and nations are forged in the fires of adversity,” he said, doubtless thinking of his own and the American experience.

Adams was born in present-day Quincy, Massachusetts, on October 30, 1735, the eldest of three sons of John Adams, Sr., and Susanna Boylston Adams. His Puritan family was modest, and he was raised with strong values. At the age of just 16, he went to Harvard College in 1751.

Though his father wanted him to become a minister, he taught school for a few years after he graduated in 1755. 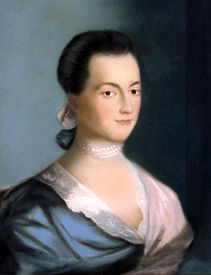 He then decided to become a lawyer, studied with James Putnam in Worcester, and was admitted to the bar in 1758. In 1764, he married his third cousin, Abigail Smith, and the couple would eventually have five children, including future president John Quincy Adams.

Adams was not a popular leader like his second cousin, Samuel Adams. Instead, his influence emerged through his work as a constitutional lawyer, his intense analysis of historical examples, his thorough knowledge of the law, and his dedication to the principles of republicanism. Adams often found his inborn contentiousness to constrain his political career.

Early on, he became involved in the patriot cause, acting as a delegate to the First and Second Continental Congresses, he led the independence movement. During the Revolutionary War, he served in France and Holland in diplomatic roles and helped negotiate the peace treaty. From 1785 to 1788, he was minister to the Court of St. James’s, returning to be elected Vice President under George Washington.

Adams’ two terms as Vice President were frustrating experiences for a man of his vigor, intellect, and vanity. He complained to his wife Abigail, “My country has in its wisdom contrived for me the most insignificant office that ever the invention of man contrived or his imagination conceived.”

When Adams became President in 1797, the war between the French and British was causing great difficulties for the United States on the high seas and intense partisanship among contending factions within the nation. His administration focused on France, where the Directory, the ruling group, had refused to receive the American envoy and had suspended commercial relations.

Adams sent three commissioners to France, but in the spring of 1798, word arrived that the French Foreign Minister Talleyrand and the Directory had refused to negotiate with them unless they would first pay a substantial bribe. Adams reported the insult to Congress, and the Senate printed the correspondence, in which the Frenchmen were referred to only as “X, Y, and Z.”

The nation broke out into what Thomas Jefferson called “the XYZ fever,” which was increased in intensity by Adams’s actions and encouragement. Congress appropriated money to complete three new frigates and to build additional ships and authorized the raising of a provisional army. It also passed the Alien and Sedition Acts, intended to frighten foreign agents out of the country and to stifle the attacks of Republican editors. Though President Adams did not call for a declaration of war, hostilities began at sea anyway. At first, American shipping was almost defenseless against French privateers, but by 1800, armed merchantmen and U.S. warships were clearing the sea lanes. Despite several brilliant naval victories, the war fever finally subsided. 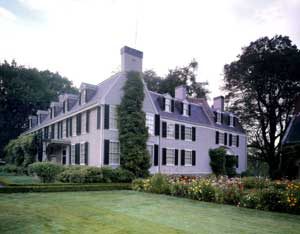 When word came to Adams that France also had no stomach for war and would receive an envoy with respect, Adams sent a peace mission to France and after long negotiations, what became known as the “Quasi War” ended. However, sending a peace mission to France brought the full fury of Alexander Hamilton and the Republicans. In the campaign of 1800, the Republicans were united and effective, while the Federalists were badly divided. Ultimately, Adams was narrowly defeated by Thomas Jefferson and his running mate, Aaron Burr.

In the closing months of his term, Adams became the first President to occupy the new but unfinished President’s Mansion, beginning November 1, 1800. On his second evening in its damp, unfinished rooms, he wrote his wife, “Before I end my letter, I pray Heaven to bestow the best of Blessings on this House and all that shall hereafter inhabit it. May none but honest and wise Men ever rule under this roof.”

Adams retired to his farm in Quincy, where he penned his elaborate letters to Thomas Jefferson. The two men, who had long been at odds, reconciled their differences and revived their friendship in 1812. Their correspondence lasted the rest of their lives, which was afterward hailed as one of their greatest legacies and a monument of American literature.

Sixteen months before John Adams’s death, his son, John Quincy Adams, became the sixth President of the United States. On July 4, 1826, the 50th anniversary of the adoption of the Declaration of Independence, Adams died at his home in Quincy. Told that it was the Fourth, he answered clearly, “It is a great day. It is a good day.” His last words reported were: “Thomas Jefferson survives.” But Jefferson had died at Monticello a few hours earlier.

His crypt lies at United First Parish Church (also known as the Church of the Presidents) in Quincy, Massachusetts. 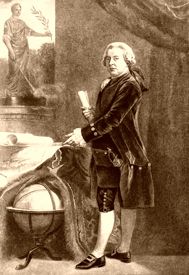