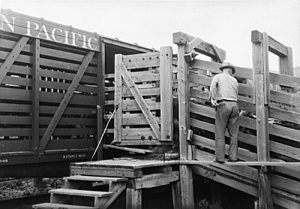 Rail It – To travel by rail-road.

Railheads – Towns with facilities for loading cattle onto trains.

Railroad Bible – A deck of cards. This stemmed from the large number of card sharks working aboard the railroads.

Raise – To make a raise. Meaning to make a haul, to raise the wind.

Rake And Scrape – To collect.

Rantankerous – Contentious, a variation of cantankerous.

Rappee – An inferior quality of snuff.

Rattle Your Hocks – Hurry up, get a move on.

Reckon – To guess or think. “I reckon that’ll do right fine.”

Reckoning up – Talking about something or someone in a slanderous manner. “I overheard them reckoning up the mayor.”

Red Lane – A vulgar name for the throat, chiefly used by those drinking alcohol.

Rench – A vulgar pronunciation of the word rinse.

Retch – Past tense of reach.

Ride a Shank’s Mare – To walk or be set afoot.

Ride For the Brand – To be loyal to the ranch and rancher that pays a cowboy.

Ride Out on a Rail – To be forced to leave town.

Right as a Trivet – Right as rain, sound as a nut, stable.

Right as Rain – Fine. “After a good night’s rest, he’ll be right as rain.”

Right Smart – Many, much, good. “He got a right smart bit of work done.”

Ring – A group of businessmen or politicians form to advance their own interests, usually in such a way that places the public at risk. “The notorious Santa Fe Ring was an unscrupulous group of politicians in the 1800s.”

Ring in – To force or insinuate oneself into company where one is not wanted or does not belong.

Ringster – A member of ring, or group whose objective is to profit at the public’s expense.

Rip Out – Impatiently give vent to one’s feeling or opinions. “When he came upon the town bully, he ripped out what he thought of him.”

Road Ranch – A supply center or store, often located on the major trails headed westward, that supplied the wagon trains with provisions.

Roastineer – Corn roasted over an open fire while still in the husks.

Rock – A piece of money. 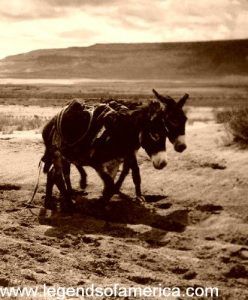 Rook – To cheat, to dupe, such as a cardsharper or conman might do in a poker game.

Roostered – Drunk. “Looks like those cowboys are in there gettin’ all roostered up.”

Roost over one – To get the better of.

Round Up – A gathering of sheep, cattle or pigs.

Round-Rimmers – Hats with a round rim, hence, those who wear them.

To Row Up – To punish with words, to rebuke.

Ruckus – Loud noise, voices, a racket. “What’s all the ruckus about?”

Run – A small stream or rivulet.

To Run – To press with jokes, sarcasm, or ridicule. ‘To get the run upon one,’ is to make a butt of him.

Run against a pill – To be shot, to take a bullet.

To Run One’s Face – To make use of one’s credit.