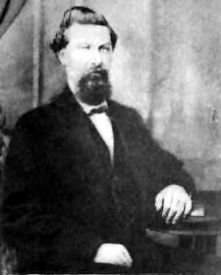 Called one of the greatest gunfighters in Texas, Phillip “Phil” Coe was also a soldier, a gambler, a businessman, and called the famous Ben Thompson, a gunman, and gambler, one of his best friends.

Born Phillip Houston Coe in July 1839 in Gonzales, Texas, to Elizabeth Parker Coe and Phillip Haddox Coe, Phil would grow up to be called one of Texas’ greatest gunfighters.

In September 1861, he joined the Confederate forces in Houston, Texas, to fight in the Civil War and was quickly made a 3rd Lieutenant. However, just a few months later, he was mustered out due to illness in December.

In March 1862, he re-joined the Confederate forces, enlisting in the 36th Texas Cavalry, fighting for over a year, when he left the force in April 1863. 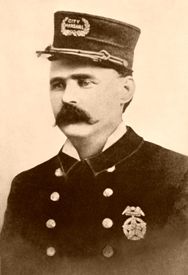 After the war was over, it is thought that he served with Ben Thompson under Emperor Maximilian in Mexico. Under famous gunfighter and gambler Ben Thompson, Coe would hone his shooting and gambling skills.

By late 1869 he was in Brenham, where his sister, Delilah, and her family lived. He met and gambled with such notorious individuals as James Madison Brown, John Wesley Hardin, and William P. Longley. Next, he went to Salina, Kansas, in 1870, but by May 1871, he had moved on to the wild Kansas cowtown of Abilene. Also, there were  Ben Thompson and Bill Hickok, who was serving as city marshal.

Coe and  Thompson soon entered a partnership operating the Bull’s Head Saloon, one of the wildest places in the already wild cowtown. This, of course, created friction between Thompson and Coe with City Marshal Bill Hickok. Though there were several disagreements, tension rose again when Thompson and Coe hanged an oversize painting of a Texas Longhorn, complete in its “full masculinity” at the Bull’s Head Saloon. Most Abilene townspeople were offended by the sign and demanded the animal’s anatomy be altered. As a result, Hickok stood by with a shotgun as the necessary deletions were made to the painting. No doubt, the tension was so thick it could be cut with a knife, and the alteration was made without serious incident.

Though Coe and Hickok continued to have several disagreements, and it was well known the two disliked each other, Thompson and  Hickok never had problems, seemingly having mutual respect for each other’s reputations.

Later, Thompson left town, and Coe sold his interest in the saloon, although he remained a gambler.   When Hickok and Coe began to court the same woman, rumors circulated that each planned to kill the other. At one point, Coe and Hickok passed words during a disagreement, during which Coe bragged of his expertise in shooting, with Coe reportedly stating he could “kill a crow on the wing,” to which Hickok replied: “Did the crow have a pistol? Was he shooting back? I will be.”

Eventually, the tension between Phil Coe and Wild Bill Hickok would culminate in the ultimate gunfight. On the night of October 5, 1871, the trouble came to a head. 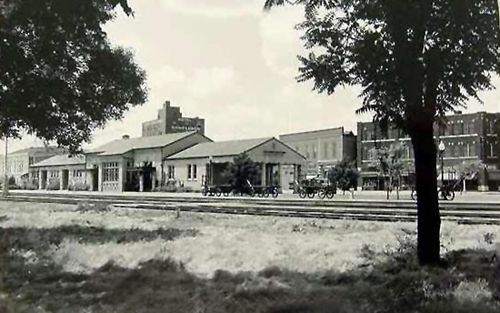 It was the end of the cattle season, and Coe and several Texas cowboys were celebrating by drinking and carousing in Abilene’s numerous saloons. As the cowboys neared the Alamo Saloon, a vicious dog tried to bite Coe, and the gunman took a shot at him. Though he missed the dog, Hickok appeared just minutes later to investigate the gunfire.

The marshal demanded that Coe surrender his firearms, as an ordinance prohibited carrying them in the city. But instead of giving over his weapons, Coe sent a bullet Hickok’s way, to which the marshal returned fire, shooting Coe twice in the stomach. At about the same time, Hickok heard footsteps coming up behind him, and turning swiftly, he fired again and killed Deputy Mike Williams, who had been coming to his aid.

Coe lingered in agony for days and finally died on October 9. His body was transported back to Brenham and buried in Prairie Lea Cemetery.

In the meantime, Hickok drove the rest of the cowboys out of town. But the city of Abilene had had enough. Before long, the city fathers told the Texans there could be no more cattle drives through their town and dismissed Hickok as city marshal.

Though some thought that Ben Thompson would retaliate against Hickok for the shooting, he did not, and by some estimations, seemed to believe the shooting was justified.

Ben Thompson and Other Noted Gunmen