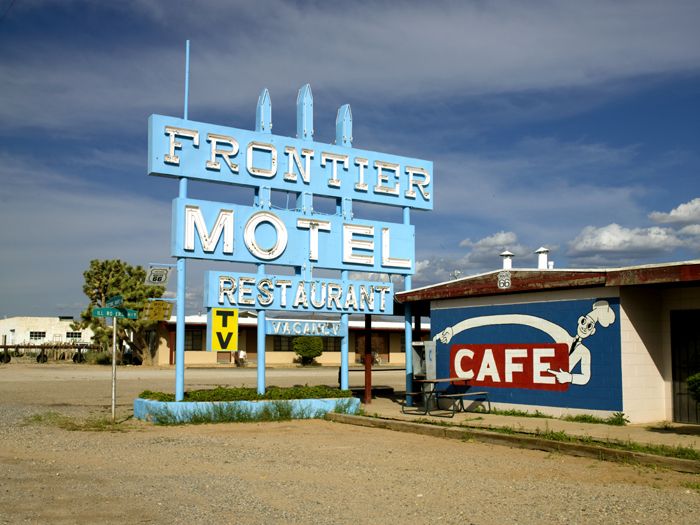 Tiny Truxton, Arizona, located in west-central Mohave County on Route 66, was once a hub of activity for travelers on the Mother Road, but most of its dreams are faded away today.

This area was long called home to the Hualapai (“Wall-ah-pie”) Indian Tribe before Spanish Explorers came through the area. When the region became part of the United States following the Mexican-American War, the government sent Captain Lorenzo Sitgreaves through New Mexico and Arizona to survey the Zuni and Colorado Rivers in 1851.

Several years later, in 1857, Edward Beale carved a wagon road from Fort Defiance to the Colorado River on the border between Arizona and California. Beale called the springs in the area “Truxtun,” after his son. This road soon brought a steady stream of traffic through the area. 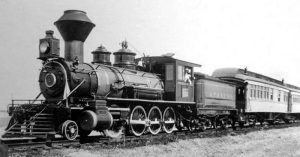 In 1866, the U.S. government granted the Atlantic & Pacific Railroad (later known as the Atchison, Topeka & Santa Fe Railroad) a right-of-way to build a transcontinental railroad and construction through northern Arizona was completed in 1883. A small railroad siding was built in the area, which was called Truxton.

In the 1910s, the National Old Trails Highway was built from California westwards through the area, becoming Route 66’s alignment in 1926. 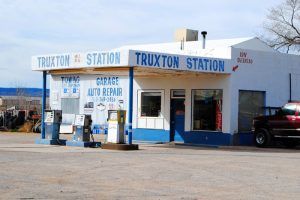 But it would still be years before the town of Truxton would be established. In 1951, two men named Clyde McCune and Donald Dilts learned that a dam would be built on the Colorado River at nearby Bridge Canyon. To benefit from the new anticipated traffic to the area, the two men built a service station and garage close to the head of Crozier Canyon, about 8.5 miles southwest of Peach Springs. They soon added a cafe to the site. Though the anticipated dam was never built, the business thrived due to abundant Route 66 traffic. The town was called Truxton for the nearby railroad siding. Soon other businesses sprung up, including service stations, motels, restaurants, and garages. One of these new businesses was the Frontier Motel and Cafe, which Alice Wright built in the 1950s. Both continue to operate today. 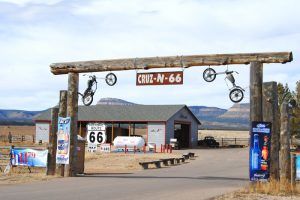 The town fared well until the opening of Interstate 40, which bypassed the town in September 1978. Afterward, the town rapidly declined.

Truxton is not a true ghost town today as it is still called home to about 100 people in the area. Though it still maintains a few open businesses, including the Frontier Motel and Cafe, a bar, the old Cowgills Market, now called the “Gas & Grub,” and a garage/service station, it has an equal number of closed businesses and abandoned buildings. 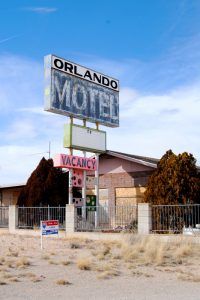 The old Orlando Motel in Truxton, Arizona by Kathy Weiser-Alexander.

After a half-century of operation, the Frontier Motel’s classic neon sign was beginning to show a lot of wear. However, thanks to the Route 66 Corridor Preservation Program and the Historic Route 66 Association of Arizona, the sign has been rescued to shine brightly for Route 66 generations yet to come.

Route 66 travelers will continue southwest for 9.5 miles before reaching the ghost town of Valentine.