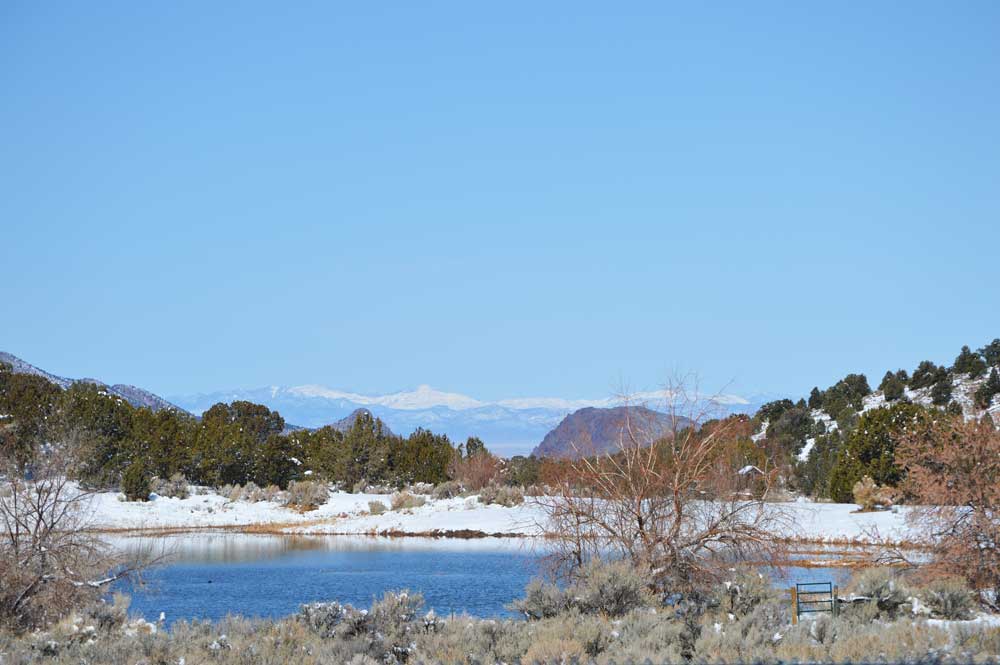 Iron, and the lack thereof, was a major concern for pioneers settling Utah. Everything from wagon wheels to dutch ovens required Iron, and many of these items were critical for survival, not to mention commerce. The area around Cedar City, Utah had been growing since iron ore was discovered in Southern Utah, after which, Mormon leader Brigham Young called for volunteers to colonize the region in late 1851.

Iron City, about 30 miles west of Cedar City, formed after iron ore was discovered by Peter Shirts in early 1868. In June that year, Ebenezer Hanks provided the investment to establish the Union Iron Company, later known as the Great Western Iron Company. 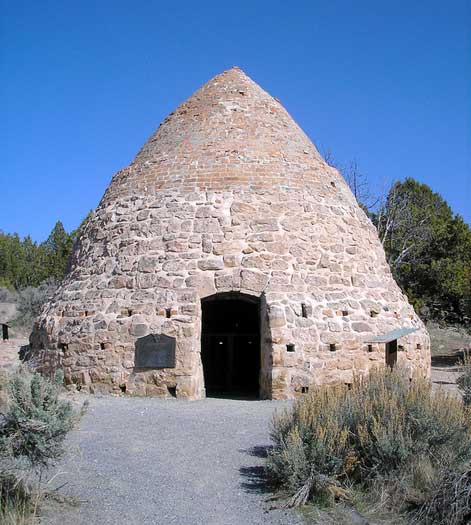 In the 1800s, iron was produced with a combination of raw ore and a mix of fuel and limestone. For Iron City, surrounded by forest, the fuel was charcoal, created by readily available wood, smoldering in an oxygen-free environment. Using charcoal also produced a softer, more pliable piece of iron. Workers would stack piles of juniper and pinyon inside beehive-shaped kilns, lighting fires underneath. It was a long process to get the wood to the charcoal state needed, with it taking 12 days for one kiln to produce 50 bushels of charcoal, enough to process one ton of iron ore. Iron City had two such kilns. 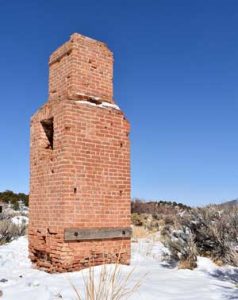 Limestone served as a catalyst to melt the ore and remove its impurities. As the iron was heated in a furnace it separated, with the heavier iron sinking to the bottom, while the impurities bound to the limestone rose to the top. That material is known as ‘slag’. The furnace at Iron City had a 2,500-pound capacity.

By 1870, Iron City had a population of 97, living in 19 households. In addition to the furnace and two kilns, the ironworks included a pattern shop, molding shop, and a grinding device called erastra. It was an expensive operation requiring lots of capital, with Great Western Iron Company seeking outside investors, who in turn brought additional labor. The additional workers also meant those not part of the conservative Mormon religion, bringing with them alcohol and ‘colorful’ language.

By 1871, the mining town had a post office, schoolhouse, boarding house, general store, and butcher shop. At its peak, they were producing five to seven tons of pig iron a day, supplying ore for the Utah Western Railroad, mining companies in Pioche, Nevada, and for use at the St. George LDS temple.

Shipping costs for the larger contracts, and small sales of iron items to poor Mormon settlers, led to the demise of the Great Western Iron Company, and the ironworks closed in 1876. In fact, mining iron wasn’t profitable in Iron County until the Columbia Steel Corporation built a blast furnace at Ironton, near Provo, Utah.

Union Pacific Railroad agreed to construct a spur line in 1923 which passed through Lund, Iron Springs, and into Cedar City. More than 500 tons of iron would be shipped to northern Utah by rail from Iron County.

Foreign competition and domestic tax issues resulted in a reduction of overall production by 1960 and worsened until all iron mining operations in Iron County stopped in the mid-1980s. Iron County still holds one of the nation’s richest iron ore deposits, with remains of several open-pit mines dotting the hillsides. 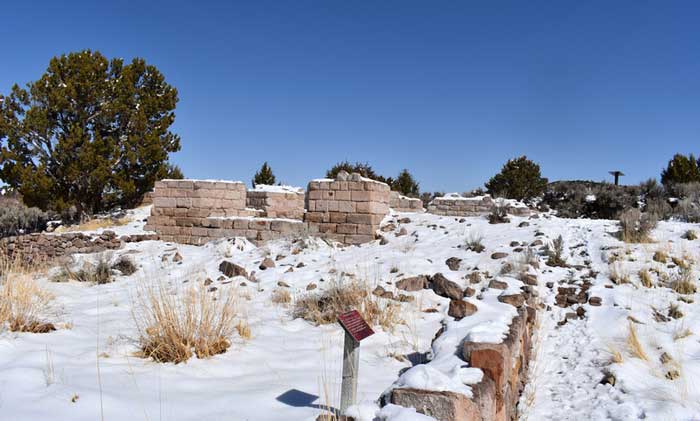 Iron City was added to the National Register of Historic Places in 1971. Now known as Old Irontown State Park, what’s left of Iron City has been preserved and includes one of the two beehive kilns, furnace, and remains of the original foundry. Old Irontown can be found west of Cedar City about 24 miles on Highway 56, then turn south on Old Irontown Road. You will pass through a residential area before reaching the State Park.

The small state park is an extension of the Frontier Homestead State Park Museum in Cedar City and is an official site of the Iron County Centennial Circle, an auto tour that stretches from beyond Paragonah in the eastern part of the county, to Modena on the west side. The tour will take you to several historical and scenic attractions, including a small portion of the Old Spanish Trail, Parowan Heritage Park, Cedar City Rock Church, South Rim of the Great Basin Monument, Cobble Crest, and Old Iron Town.

Desert News ‘See the past of Iron County‘  published 1999