When the rolling grassy hills of what would one day become Oklahoma City was first explored by Francisco Vasquez de Coronado in 1541, the vast land was uninhabited and continued to be sparsely settled for the next two hundred years. After the Louisiana Purchase was made from France, Oklahoma eventually become part of the Arkansas Territory in 1819.

As settlers began to push west from the eastern seaboard during the early 19th century, the government forced thousands of American Indians from their ancestral lands. Though there were numerous treaties with the five civilized tribes of the southeastern United States, the pioneers demanded more land and in response, President Andrew Jackson signed the Removal Act of 1830. This act forced the Cherokee, Creek, Choctaw, Chickasaw, and Seminole to evacuate their lands and move to Indian Territory, which would later become Oklahoma.

In 1889, the U.S. Government opened parts of Oklahoma to white settlement which began the historic Oklahoma land rushes. When the territory where Oklahoma City would be built was officially opened on April 22, 1889, more than 50,000 homesteaders gathered at the boundaries. Some people snuck over the night to stake out prime land early, hiding from the army patrols. These were known as “Sooners.”

At noon, the cannon roared, and the hordes of people streamed over the line on wagons and buckboards, horseback, on foot, and even on bicycles. Where only the day before stood a railroad station and three buildings, now some 10,000 people had staked claims during a single day.

Claim jumping was common, as were boundary quarrels that led to fights and considerable bloodshed during these first few days. Tents were thrown up in haphazard fashion, and mass confusion reigned in the roughshod camp. Because Congress had made no provision for a city government, leaders were soon chosen to restore order. A provisional government was selected and elections were held on May 1, 1889. Just a month after the Land Run, the Commercial Club was formed, which would later be renamed the Oklahoma City Chamber of Commerce. 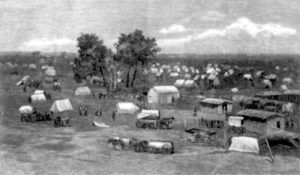 One of the Chamber’s first orders of business was to attract the railroads to Oklahoma City, which was the key to the quick success of the settlement. Soon, Oklahoma City became a crossroads for the nation. Later the Chamber led the way in providing utilities, such as the water system, telephone exchange, electric light and a gas system.

By 1900, Oklahoma City’s population had doubled and on November 16, 1907, statehood came to Oklahoma. By this time, the streets were lined with brick buildings with fashionable shops, stores, and restaurants. Due to its numerous railroad extensions, the city attracted new industries and packing plants in an area called Packing Town, now known as Stockyards City.

By 1910, Oklahoma City had a population of 64,000 and began a petition to move the state capitol from Guthrie. Obviously, Oklahoma City won the popular vote and the Lee-Huckins Hotel was declared as the temporary capitol building. The permanent capitol at Lincoln and 23rd Avenues was dedicated in 1917. 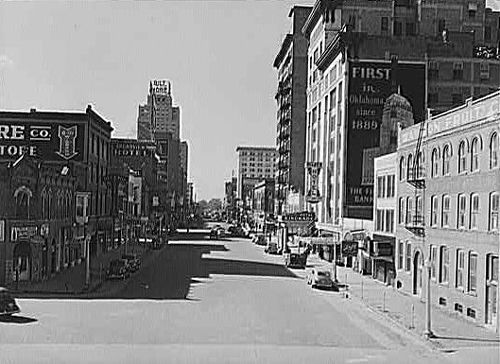 On December 4, 1928, oil was discovered on the corner of SE 59th and Bryant. In the 27 days before the great gusher could be capped, it spewed 110,496 barrels of oil. The Oklahoma City Field had been discovered, creating the city’s most important financial source and making Oklahoma City the world’s newest boomtown.

When Route 66 came through town Oklahoma City responded as enthusiastically as it did to everything else and literally, hundreds of motels, hotels, cafes and service stations began to be built throughout the city. 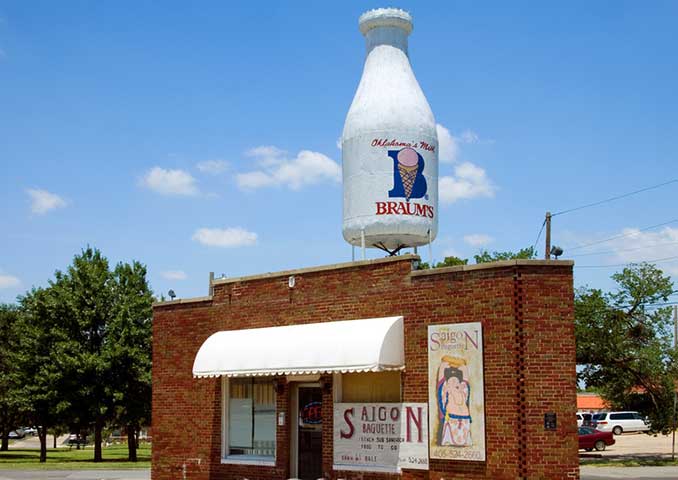 Today, Oklahoma City’s metro population is more than a million, one-third of the entire state’s population. Both oil and aviation continue to be the most important players in this city’s economy.

If you’re traveling Route 66 through Oklahoma City, there is very little to see until you get near downtown. When you turn onto Lincoln Boulevard you will soon glimpse the Capitol Building looming in the distance – a great photo opportunity with the boulevard’s wide grassy median.

After you pass the capital you will head west on 23rd Street and before long you will have a choice of several alignments before you arrive at OK-66, which is 39th Street in western Oklahoma City. Along the Classen Alignment, you will see a great vintage triangular building with a giant milk bottle on top. The tiny building has now been restored to its original appearance.

When you arrive on 39th street before you enter Warr Acres, Oklahoma City provides several glimpses of the past, with hotels and eateries that dot the highway. An absolute “must-see” is Ann’s Chicken Fry House. Located in what was once a 1948 Cities Service gas station, the building was changed into a restaurant in 1966 called the Three Bulls Steak House. In 1971 Al Burchett and his brother purchased the restaurant and renamed it after Al’s sister-in-law, Ann.  Ann’s displays all manner of vintage memorabilia including a classic 1950s police car, a pink Cadillac, gas pumps and more. It is located at 4106 NW 39th St. [Update: In January 2021, Ann’s closed its doors for good due to the severe downturn in business during the COVID-19 Pandemic, just before their 50th Anniservery.  The famous pink Cadillac was secured by the Billboard Museum Association to be restored and displayed.]

Soon, you will pass through Warr Acres and Bethany, without even batting an eye. Seamless, if you’re not looking for the signs, you’ll never know that you passed from Oklahoma City to one of its many suburbs. 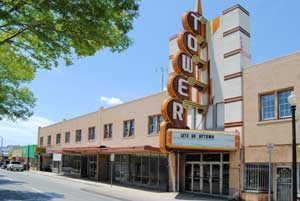 Just a few miles west of Bethany, you’ll come to an old steel bridge spanning the northern end of Lake Overholser. One of the oldest reservoirs in Oklahoma, the 1,700-acre lake was developed in 1916 and is familiarly called by locals “Lake Hold Her Closer.” In 1941, the lake was approved as a seaplane base, becoming the first of its kind in Oklahoma. Today, the lake provides hiking trails, picnic spots, boat ramps, and fishing opportunities.

A couple of more miles along the Mother Road finds you in Yukon, Oklahoma which proudly displays the fact that it is home to Garth Brooks. Established in 1891 by the Spencer Brothers, Yukon sits at the site where the Chisholm Trail once ran more than a century ago. In no time at all, the town became an agricultural and milling center.

While in Yukon, check out Sid’s Diner, a relic from the past that still serves up hamburgers and fries as well as the old Mulvey Mercantile at 425 W. Main Street. 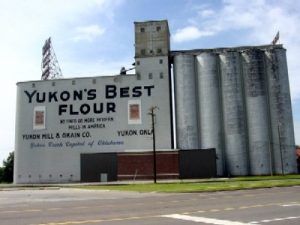