Indian Hemp – Formally known as Apocynum Cannabinum, and also called American Hemp, Dogbane, Amy Root, Hemp Dogbane, Rheumatism Root, and Wild Cotton, this is a type of marijuana. Native throughout much of North America, it grows in Gravelly or sandy soil, mainly near a stream, and is known as a common weed of cultivated land. Primarily used by Native Americans for its fiber, numerous tribes used it for making clothes, twine, bags, linen, and paper. Though it is a poisonous plant that can cause cardiac arrest if ingested, it was also common in Native American herbal remedies. Its boiled roots were made into teas to treat syphilis, rheumatism, intestinal worms, fever, asthma, and dysentery. The Prairie Potawatomi also utilized it as heart medicine and dropsy. 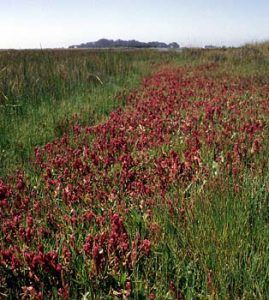 Indian Paintbrush – Officially known as Castilleja, and also called Prairie-fire, this is a genus of about 200 species of Broomrape family that are native to the west of the Americas from Alaska south to the Andes. The flowers of the Indian Paintbrush are edible and sweet and were consumed in moderation by various Native American tribes as a condiment with other fresh greens. These plants can be potentially very toxic if the roots or green parts of the plant are consumed. It has similar health benefits to consuming garlic if only the flowers are eaten in small amounts and in moderation. The Chippewa Indians now use Indian Paintbrush as a medicine to treat rheumatism and as a bath rinse to make their hair glossy. Both applications are useful due to their selenium content. Nevada Indian tribes used the plant to treat sexually transmitted diseases and to enhance the immune system, and Hopi women drank a tea of the whole Indian paintbrush to “Dry up the menstrual flow.”

Juniper – Officially known as Juniperus Communis, this evergreen shrub is found on mountains and heaths throughout Europe, Southwest Asia, and North America. The female trees bear cones that produce small round bluish-black berries, that when fully ripe, were eaten raw or in teas for the treatment of digestive disorders, kidney, bladder, and urinary tract problems, arthritis, gout, gum disease, dandruff, gonorrhea, diarrhea, high blood pressure, and rheumatic conditions. Beware that large doses can irritate the urinary passage. Externally, it is applied as a diluted oil, having a slightly warming effect and found effective for treatment on arthritic joints and wounds. Pregnant women should not use Juniper as it has been known to cause miscarriage. 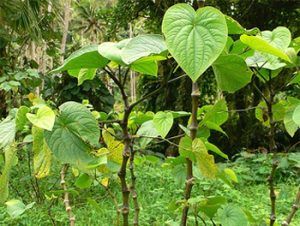 Kava Kava – Technically known as Piper Methysticum, it is a tall shrub in the pepper family that grows in the South Pacific islands. Also called Kawa, Kew, Yagona, and Sakau, it has been used there for thousands of years as a folk remedy and as a social and ceremonial beverage. Most commonly, the roots of the plant are used to produce a drink with sedative and anesthetic properties. Others chew the root to relieve symptoms of throat pain. Also used to treat anxiety and insomnia.

Kola Nut – Also called Cola, this is the nut of the Kola Tree, native to the tropical rainforests of Africa. The kola nut has a bitter flavor and contains caffeine, and has long been chewed in many West African cultures in traditional spiritual practices and ceremonies. For medicinal purposes, it has been used to treat whooping cough, asthma, bronchial problems, anxiety, depression, boosts energy, and as an appetite suppressant. In the 1800s, a pharmacist in Georgia took extracts of kola and coca and mixed them with sugar, other ingredients, and carbonated water to invent the first cola soft drink – Coca-Cola. Coca was prohibited from soft drinks in the U.S. after 1904, but Coca-Cola still uses kola in its original recipe. Kola nut should be used with caution and should not be taken over a long period, which has been found to have carcinogenic results. Side effects include anxiety, dizziness, or nervousness. It is not recommended for pregnant or nursing women. People with intestinal or stomach ulcers, those who are sensitive to stimulants or caffeine, and people who suffer from high blood pressure, heart disorders should avoid using this seed. Today, kola nut is still used as an alternative medicine mainly due to its antidepressant properties. 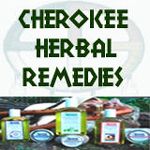 Cherokee Herbal Remedies from Nuwati Herbals. Made in Missouri and available at Legends’ General Store

Lavender – Officially called Lavandula, there are 39 species of these flowering plants in the mint family, and its documented use dates back to Roman times. It has long been used in balms salves, perfumes, cosmetics, topical applications, and as a fragrance in bath products. Its flowers yield abundant nectar from which bees make high-quality honey, which is marketed worldwide as a premium product. Flowers can be candied and are sometimes used as cake decorations. It is also used to flavor baked goods and desserts. The essential oil of lavender has antiseptic and anti-inflammatory properties. It has been found to be beneficial in treating insomnia, hair loss, anxiety, depression, headache, fatigue, stress, and postoperative pain. During World War I, it was used in hospitals to disinfect floors and walls. Externally, infusions have been used on insect bites, burns, and acne.

Lecithin – A generic term used to designate any group of yellow-brownish fatty substances occurring in animal and plant tissues; it is found in foods like eggs, liver, soybeans, wheat germ, butter, and peanuts. It has been found to be especially important to the health of the brain and heart systems. Supplements are said to also be beneficial for the nervous and circulatory systems, indigestion, weight loss, liver, and reproductive systems, to improve memory, for healthy hair and skin, and to treat gallstones.

Lemon Balm – Native to southern Europe and the Mediterranean region, this member of the mint family is now grown all over the world. Officially known as Melissa Officinalis, it is considered a “calming” herb and has been used as far back as the Middle Ages to reduce stress and anxiety, promote sleep, improve appetite, and ease pain and discomfort from indigestion, including gas, bloating, and colic. Even before the Middle Ages, lemon balm was steeped in wine to lift spirits, help heal wounds, and treat insect bites. Today, lemon balm is often combined with other calming, soothing herbs, such as Valerian, Chamomile, and Hops, to help promote relaxation. It is also used in creams to treat cold sores.

Lemongrass – Native to warm temperate and tropical regions, this genus of about 55 species of tall grasses are known as Cymbopogon. Common names include Barbed Wire Grass, Silky Heads, Citronella Grass, and Fever Grass, amongst many others. In addition to its medicinal properties, it has been widely used as a herb in Asian cuisine, in teas, soups, and curries. As it has anti-fungal properties, it has also been used as a pesticide and a preservative. Only the fresh or dried leaves of lemongrass, and the essential oil derived from them, are used in medicine to treat cough, cuts, asthma, bladder disorders. relieve headache, and promote sweating.

Lemon Verbena – A perennial shrub, its leaves are used to add a lemon flavor to many types of foods and beverages. It is often used as an antioxidant, can protect against oxidative damage, decreasing the signs of muscular damage.

Licorice Root – Formally called Glycyrrhiza Glabra, this root is known best for its flavoring in candies, foods, and beverages. Native to southern Europe and parts of Asia, it has also been called licorice, sweet root, and gan zao (Chinese Licorice). Over the years, it has been used to treat stomach ulcers, bronchitis, sore throat, hepatitis, heartburn, colic, liver disorders, malaria, tuberculosis, food poisoning, and chronic fatigue.

Lobelia – A flowering plant most often found in tropical and warm regions, Native Americans have long used lobelia to treat respiratory and muscle disorders and as a purgative. Appalachian folk medicine utilized the plant for asthma. Two species were once considered a cure for syphilis, and another, called Lobelia Chinensis, is used as one of the 50  fundamental herbs in traditional Chinese medicine.