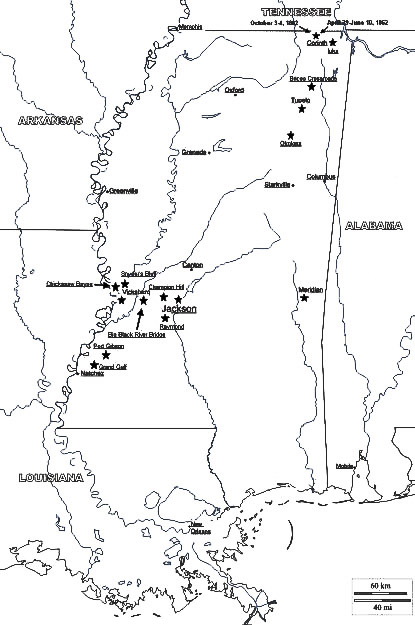 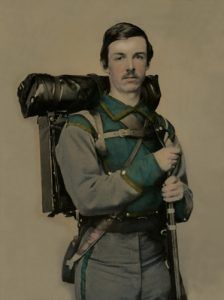 The second state to declare secession from the Union, on January 9, 1861, Mississippi joined with six other states the next month to form the Confederate States of America. Long a hotbed of secession and states’ rights, Mississippi proclaimed: “Our position is thoroughly identified with the institution of slavery–the greatest material interest of the world.” With South Carolina, Mississippi was one of only two states in the Union in 1860, where most of the population were slaves.

Its location on the Mississippi River made it strategically important to both the Union and the Confederacy, resulting in dozens of battles as troops repeatedly clashed near Mississippi’s key towns and cities, such as Corinth, Jackson, Natchez, and Vicksburg.

Although there were small pockets of citizens who remained sympathetic to the Union, the vast majority of Mississippians embraced the Confederate cause, and thousands flocked to the military.

About 80,000 white men from Mississippi fought in the Confederate Army, and some 500 white Mississippians fought for the Union. Soldiers from the Magnolia State fought in every major theater of the war, although most were concentrated in the Western Theater.

As the war progressed, many freed or escaped slaves joined the United States Colored Troops and similar black regiments, including more than 17,000 black Mississippi soldiers fighting for the Union.