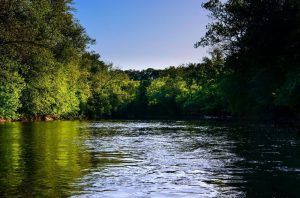 The Monocacy Trail was an old Indian path that ran parallel to the Monocacy River leading from present-day Philadelphia, Pennsylvania to Taneytown, Maryland.

Big Pipe Creek and Little Pipe Creek flow into the Monocacy River about 10 miles south of the present-day Pennsylvania-Maryland border and form part of the Monocacy watershed. The actual route of the trail is not accurately known today, but from Taneytown, the trail made its way to the village of Monocacy,  the first settlement in Frederick County, Maryland. Today it is known as Creagerstown. Monocacy was located at a crossroads and consisted of just a few log cabins and a blacksmith shop.

It is believed that the Monocacy path then made its way parallel along present-day Route 15 and parts of Old Frederick Road. Then, it traveled to Frederick and connected with Braddock’s Road and ran through South Mountain. Immigrants that were traveling from Pennsylvania to Virginia used the Monocacy Trail. Many of these emigrants who traveled the Monocacy Trail settled in the area known today as Frederick County. The Monocacy River watershed was the site of many land surveys, claims, and roads in the early days of American settlement. The border between Maryland and Pennsylvania was in dispute for many years before the survey by Mason and Dixon, which found that many Maryland claims extended into Pennsylvania. 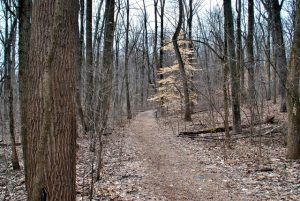 Parts of the trail also became known as the “Great Wagon Road” by colonial travelers making their way to Philadelphia, Pennsylvania.