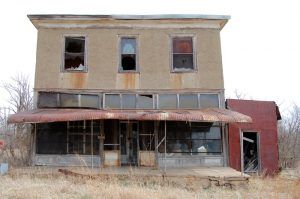 Castleton (Reno County) Post Office 1872-1957 – A few homes and abandoned buildings remain. Castleton was used as the setting of Sevillinois for the 1952 movie Wait Till the Sun Shines, Nellie.

Cato (Crawford County) Post Office 1858-1905 – The Cato Historical Preservation Association meets at 6:30 pm on the fourth Tuesday of each month at Arcadia Community Center, Arcadia, Kansas. The old school has been restored. Cato Christian Church is in good repair but closed. A community reunion is held yearly.|

Croweburg (Crawford County) Post Office 1908-1972 – A small population remains along with some shotgun houses and some building ruins.

Defiance (Woodson County) Post Office 1873-1886 – Only a hotel remains that is being used as a residence.

Delaware City (Leavenworth County) Post Office 1854-1870s – Some ruins and street grades are all that remain.

Dubuque (Russell & Barton Counties) Post Office 1879-1909 – A beautiful Catholic church and cemetery are all that remain. 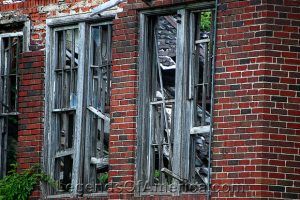 Doniphan (Doniphan County) Post Office 1854-1943 – Still on maps but little remains. A trading post was established on the site in 1852.

Eagle Springs (Doniphan County) Post Office 1883-?? – The townsite was abandoned, only ruins remain. Was a health resort that lasted into the 1930s. 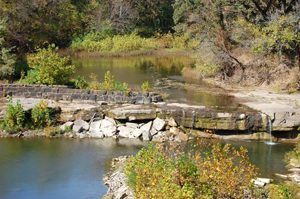 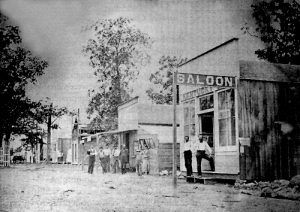 Franklin (Douglas County) Post Office 1853-1867 – An early stage stop near Lawrence, Kansas. Nothing remains of the town except two small neglected cemeteries and Franklin Road off of K-10.

Granada/Pleasant Spring (Nemaha County) Post Office 1856-1906 – Some ruins and abandoned building remain on what used to be Main Street. Originally known as Pleasant Spring. Changed to Granada in 1864.