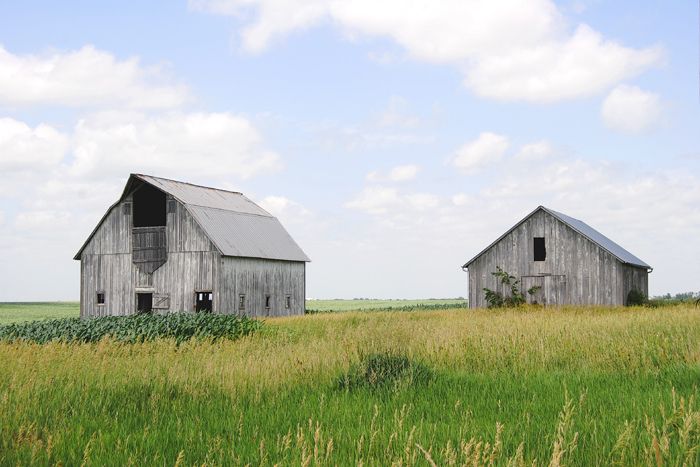 Barns near Huron, Kansas in Atchison County by Kathy Alexander.

Huron, Kansas, located in northcentral Atchison County, got its start as a railroad town in 1882. Though it still has a small population today, it is a virtual ghost town with no open businesses. 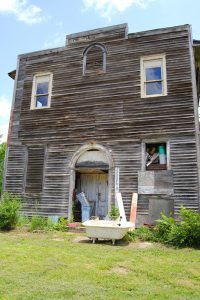 An old building in Huron, Kansas today by Kathy Alexander.

Before the official establishment of the town, there was another small village near the present-day townsite. Referred to as “Old Huron,” this was an important trading point for many years.

One of the first settlers in the area was a Missouri man named Daniel Miller, who resettled on Independence Creek, near the northeastern corner of Lancaster Township, in 1855. He was the father of the first white child born in Atchison County — Frances Miller. Mr. Miller sold his quarter section in 1858 to Thomas Butcher, a new arrival in Kansas from Brownville, Pennsylvania, for $3,000. Mr. Butcher built a flouring mill on this land, which was run by water from Independence Creek. Butcher subsequently sold the plant to A.J. Evans, who ran it as a “custom mill” until August 1865, when high water caused by heavy rains destroyed it.

Another early resident was Samuel Wymore, for whom Wymore, Nebraska was named, who lived near Huron in the 1850s and 1860s and ran a sawmill by horsepower. The sawmill was located about three miles north of Lancaster. Captain Robert White bought squatter rights in the area in 1857, and Samuel Wymore sold his first bill of lumber to White in 1858 for $100 in gold. Unable to read or write, Wymore was so excited and nervous over having this much cash on hand that he couldn’t sleep that night. Though he was uneducated, he was said to have been worth over $150,000 before 1875. 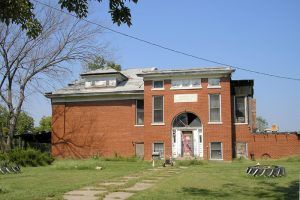 A post office called Huron was established in December 1857. Isaac E. Kelly, a young man from Pennsylvania, taught one of the first schools in Lancaster township in a settler’s cabin near the Eden post office in 1860.

When the Omaha Branch of the Missouri Pacific Railroad began to come through the area, Colonel D.R. Anthony of Leavenworth, Kansas, donated 20 acres of land, and the right of way for one mile, to the railroad.

In April 1882, the town was platted, and by the end of the year, the town had a railroad station house, 50 homes, and the post office was moved to the new townsite. That year several businesses were also established, including the first hotel by J. D. Carpenter, a farmer in the area since 1874, and lumberyard owned by W.G. Rucker. The following year, the Baptists and Presbyterians both built churches on lots donated by D.R. Anthony. 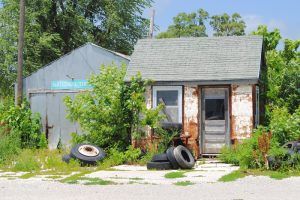 By the turn of the century, Huron was the fourth largest town in Atchison County and an important shipping and supply community. In 1910 its population peaked at 200 residents. It boasted a bank, schools, several general stores, a blacksmith shop, lumber yard, grocery store, hotel, restaurant, drug store, hardware and implement house, and a barber.

However, over the next several decades, Huron declined. Its post office closed in May 1992, and today its population is just 54 souls. Huron is located about 17 miles northwest of Atchison on U.S. Highway 73. 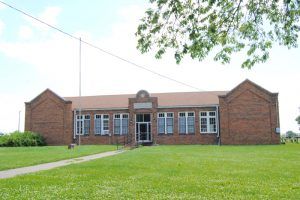 A closed school in Huron, Kansas by Kathy Alexander.