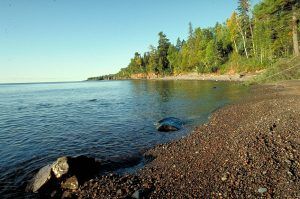 John Sayer a fur trader with many years of experience who became a wintering partner of the North West Company in the 1790s. He managed the Fond du Lac and Folle Avoine Departments, which included the area south of Lake Superior and the northern reaches of the St. Croix River Valley. In the region under his command, Sayer traveled widely and oversaw the operation of 12 smaller wintering posts. He built and operated a supply depot and warehouse at Fort St. Louis, on the shores of Lake Superior.

Sayer is believed to have been born in England in 1750 but immigrated to the Canadian colonies somewhere along the line. When he grew up, he was apprenticed to a Montreal merchant.

Sayer first appeared in the fur trade in the late 1770s, working in the Fond du Lac area south and west of Lake Superior. He married an Ojibwe woman in about 1781, who was the daughter of Chief Big Foot Momangazida. Her grandfather and and brother were also chiefs, which provided many advantages for the trader and increased his importance among the tribe. The couple would have at least three sons over the years, of which one would later become a clerk with Hudson’s Bay Company.

After joining the North West Company, Sayer was responsible for the actual trading in his department. Although he followed general company policies, he negotiated directly with the local Indians and provided gifts to encourage the natives to trade. Sayer kept tight control of all his department’s operations. During the winter of 1804, he led a crew in establishing the North West Company Trading Post near Pine City, Minnesota. That same year, he closely supervised the activities of two other traders. Joseph “La Prairie” Duchene wintered along the Yellow River. Joseph Reaume wintered at Namai-Kowagon. Both were frequent visitors to Sayer’s North West Company post on the Snake River.

After the North West Company merged with the XY Company, the cost of trade goods increased, fur values decreased and profits went down, resulting in the number of trading posts being reduced, as well as the number of workers and salaries.

In the middle of all this change, Sayer took his rotation to Montreal where he traded for the company at Lac de Chats on the Ottawa River. Then, after over 30 years in the business, he retired from active partnership in 1808. According to company policy, Sayer received title to a large farm within the district of Montreal in exchange for one of his shares in the company. He also was allowed to keep his second share as a source of income during his retirement.

After a few years as a gentleman farmer, Sayer sold both his second share and the farm. He then relocated to the village of St. Anne’s on the island of Montreal. While living there, Sayer married Elizabeth McPherson and was elected to the Beaver Club, an exclusive social club for North West Company employees living in Montreal. Somewhere along the way, he had obviously abandoned his Ojibwe wife. Sayer would not enjoy a long and prosperous retirement, as he died in 1818 at the age of 68.