The program began during the Great Depression in December 1933, when Charles E. Peterson of the National Park Service submitted a proposal to the United States Department of the Interior for 1,000 out-of-work architects to spend ten weeks documenting “America’s antique buildings.” 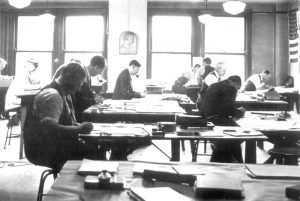 Peterson’s proposal to create the Historic American Buildings Survey was a carefully conceived plan to systematically document and preserve our nation’s architectural legacy. Several features assured that the program would have a lasting effect. The Survey would be conducted professionally, using standardized archival and reproducible record formats for the public domain.

“The plan I propose is to enlist a qualified group of architects and draftsmen to study, measure, and draw up the plans, elevations, and details of the important antique buildings of the United States. Our architectural heritage of buildings from the last four centuries diminishes daily at an alarming rate. The ravages of fire and the natural elements together with the demolition and alterations caused by real estate ‘improvements’ form an inexorable tide of destruction destined to wipe out the great majority of the buildings which knew the beginning and first flourish of the nation. The comparatively few structures which can be saved by extraordinary effort and presented as exhibition houses and museums or altered and used for residences or minor commercial uses comprise only a minor percentage of the interesting and important architectural specimens which remain from the old days. It is the responsibility of the American people that if the great number of our antique buildings must disappear through economic causes, they should not pass into unrecorded oblivion. 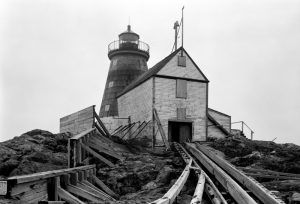 The list of building types . . . should include public buildings, churches, residences, bridges, forts, barns, mills, shops, rural outbuildings, and any other kind of structure of which there are good specimens extant . . . . Other structures which would not engage the special interest of an architectural connoisseur are the great number of plain structures which by fate or accident are identified with historic events.”

At that time, there was a need to mitigate the negative effects upon our history and culture of rapidly vanishing architectural resources. Important early preservation initiatives were just getting underway, such as restoration of the colonial capital at Williamsburg, Virginia, and the development within the National Park Service of historical parks and National Historic Sites. Architects interested in the colonial era had previously produced drawings and photographs of historic architecture, but only on a limited, local, or regional basis. A source was needed to assist with the documentation of our architectural heritage, as well as with the design and interpretation of historic resources, that was national in scope. 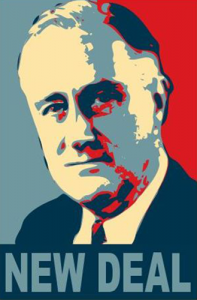 When the proposal was approved HABS became one of many cultural programs that were a part of President Franklin D. Roosevelt’s “New Deal” administration, which provided relief to the unemployed during the Great Depression. Soon, the program put photographers, writers, historians, and architects to work.

Early on, Peterson enlisted the help of a wide variety of people and organizations, including the Library of Congress and the American Institute of Architects. The agency then created a public archive of measured drawings, historical reports, and large-format black-and-white photographs of important and/or representative examples of our buildings. The HABS surveys implemented, for the first time, the comprehensive examination of historic architecture on a national scale and to uniform standards. It also began to create a lasting record for future generations which has aided in the restoration and interpretation of historic properties.

Having operated under various administrative authorities for its first two years, the Historic American Buildings Survey became a permanent program of the National Park Service in July 1934 and was formally authorized by Congress as part of the Historic Sites Act of 1935. 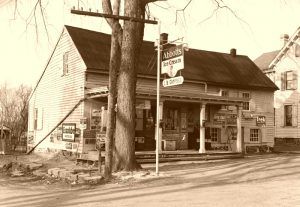 The collections of these three groups at the Library of Congress have grown to constitute a unique, valuable, and extensive repository of knowledge about American buildings, industries, engineering works, and landscapes of our nation. The collections now comprise more than 581,000 measured drawings, large-format photographs, and written histories for more than 43,000 historic structures and sites dating from Pre-Columbian times to the present.

The records of historic architecture encompass a wide variety of building types and styles, reflecting American values, ambitions, lifestyles, and folkways. It ranges from high-style, architect-designed structures to the vernacular forms that are the product of local building traditions and indigenous materials. The buildings also represent a rich array of regional and ethnic structures including adobe-constructed Native American pueblos and Spanish missions in the Southwest, wood-frame Cape Cod houses and brick mill buildings in the Northeast, and sod houses and early skyscrapers in the Midwest. 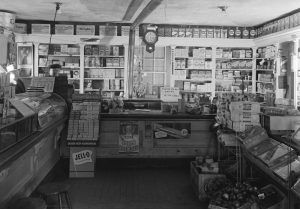 The HABS records are available to the public, copyright-free, and online through the Prints and Photographs Division of the Library of Congress. The collection is a resource for architectural historians, restoration architects, preservationists, scholars, and those of all ages interested in American history and architecture.

Today’s documentation is produced primarily by students pursuing degrees in architecture and in history, and these programs have proven to be an important training ground for several generations of architects, engineers, and historians.

Peterson’s words continue to guide the ongoing work of the program. Buildings and engineering structures are often large structures not easily maintained or preserved once they have outlived their functional or economic usefulness. Documentation becomes an alternative means of preservation when demolition is inevitable. It also creates a lasting record of the architectural heritage left to us by previous generations. 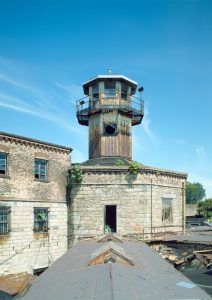